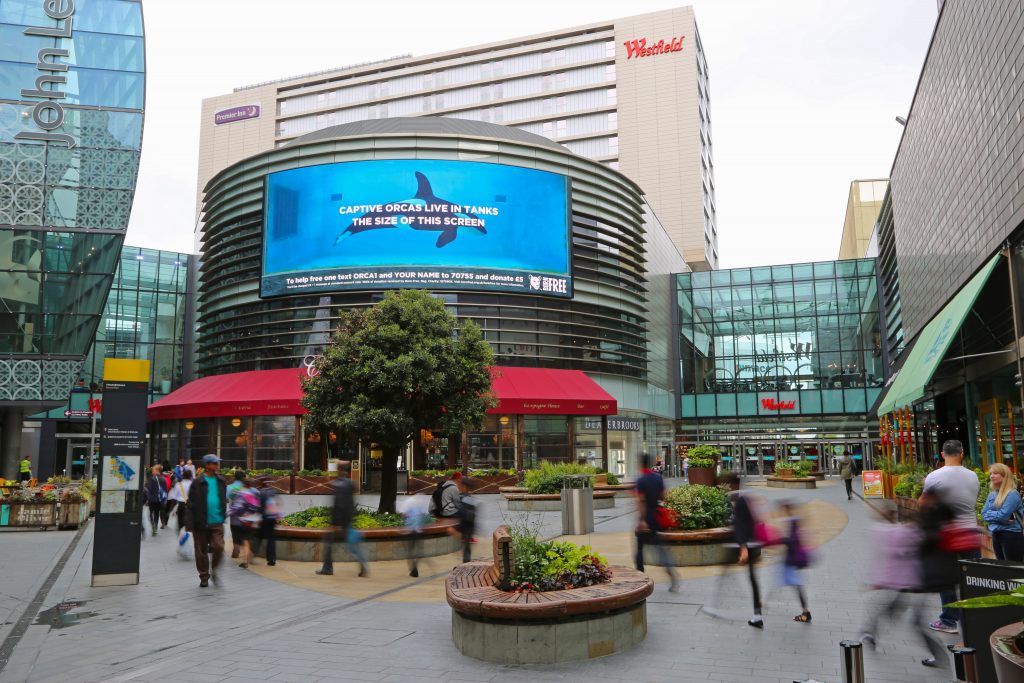 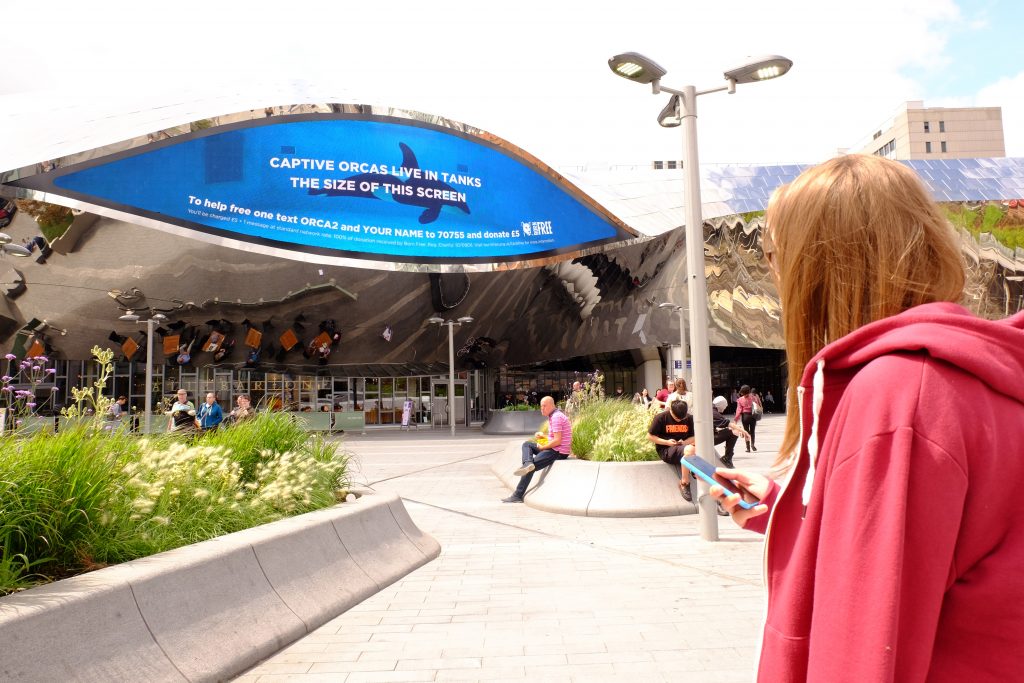 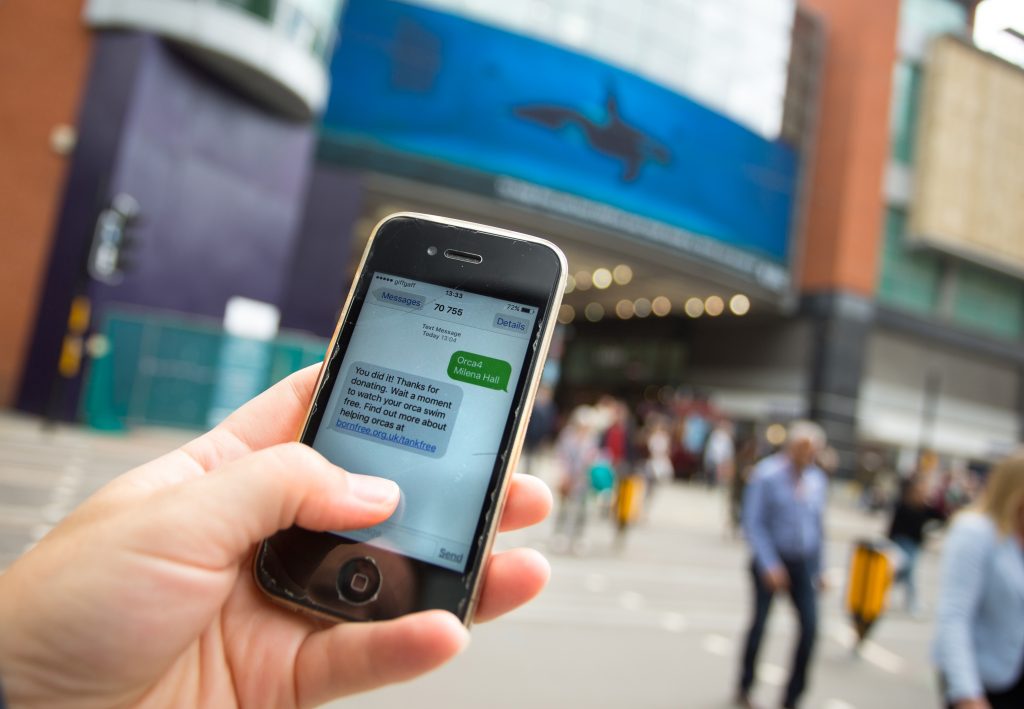 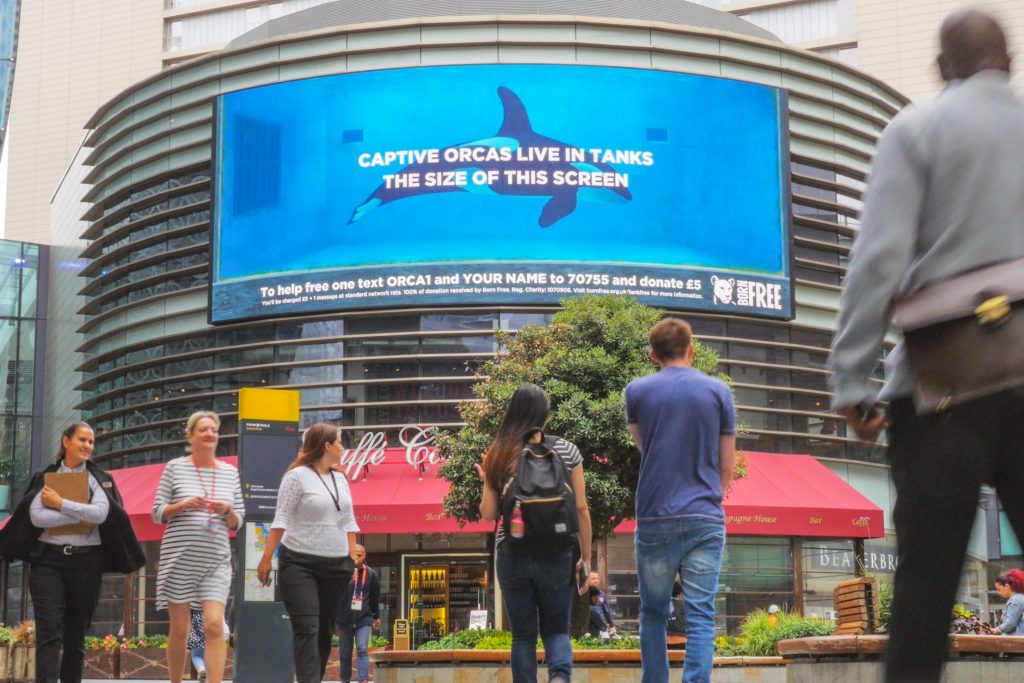 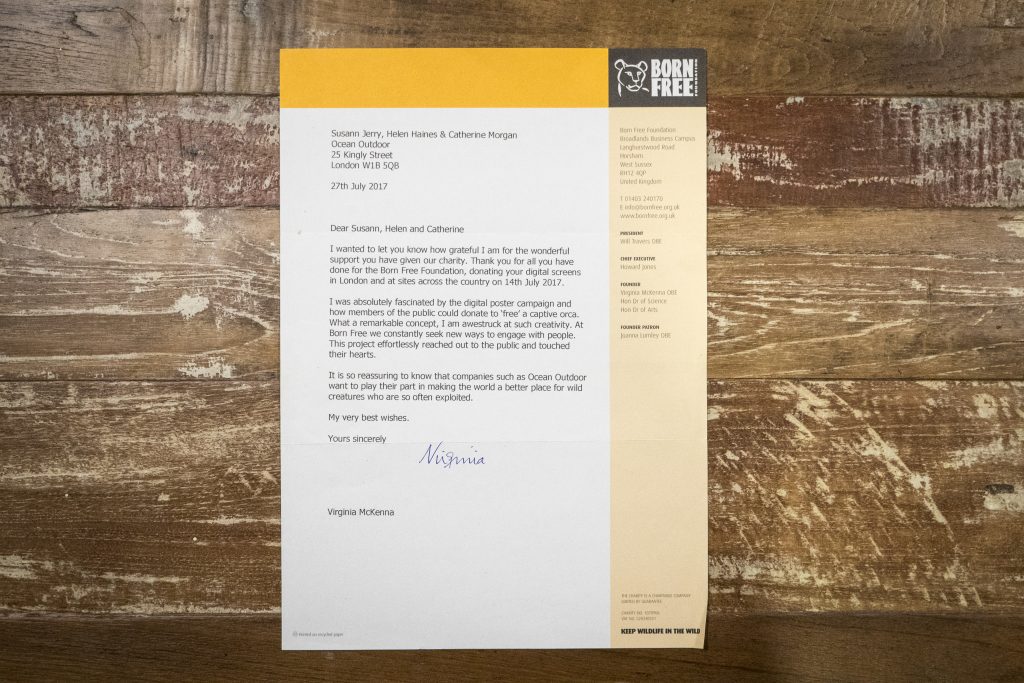 WCRS have taken home a silver Lion in the Outdoor category, for ground-breaking work on behalf of The Born Free Foundation, raising awareness of the plight of orcas kept in captivity.

Conceived by WCRS #TankFree used CGI technology and visual effects from The Mill London to create a series of life-size animated orcas trapped in virtual tanks, which the public were invited to set free from captivity in return for a donation. The campaign took place on World Orca Day in 2017, transforming specially selected full motion out of home screens in Ocean’s portfolio into virtual tanks.

This is WCRS’s third Lion from a Digital Creative Competition submission, which sees agencies worldwide pitch innovative ideas to push the boundaries of creativity in digital outdoor advertising. Their previous gold Lion wins were for Women’s Aid’s ‘Look At Me‘, using Ocean’s LookOut technology to raise awareness of domestic abuse. Former DCC winner MullenLowe London (as DKLW Lowe) also won a gold Lion in the mobile category in 2012 for their ‘Pennies for Life’ submission for the MicroLoan Foundation.

Ocean CMO Richard Malton celebrated the award saying “Some campaigns are a joy to bring to life and this was certainly one of them.

“Working with Born Free Foundation and WCRS on this critically important cause was extremely rewarding. The creative idea was a so well received at the initial stage and we are absolutely delighted that this work has been recognised on the world stage. A very worthy winner at Cannes.”

This prestigious win follows recognition from a number of awards bodies over the last 12 months, including Creativepool,  Creative Circle, The Drum and the Revo Opals. For the full story behind #TankFree read the original article from July 2017 and you can find more details on the awards in this article.