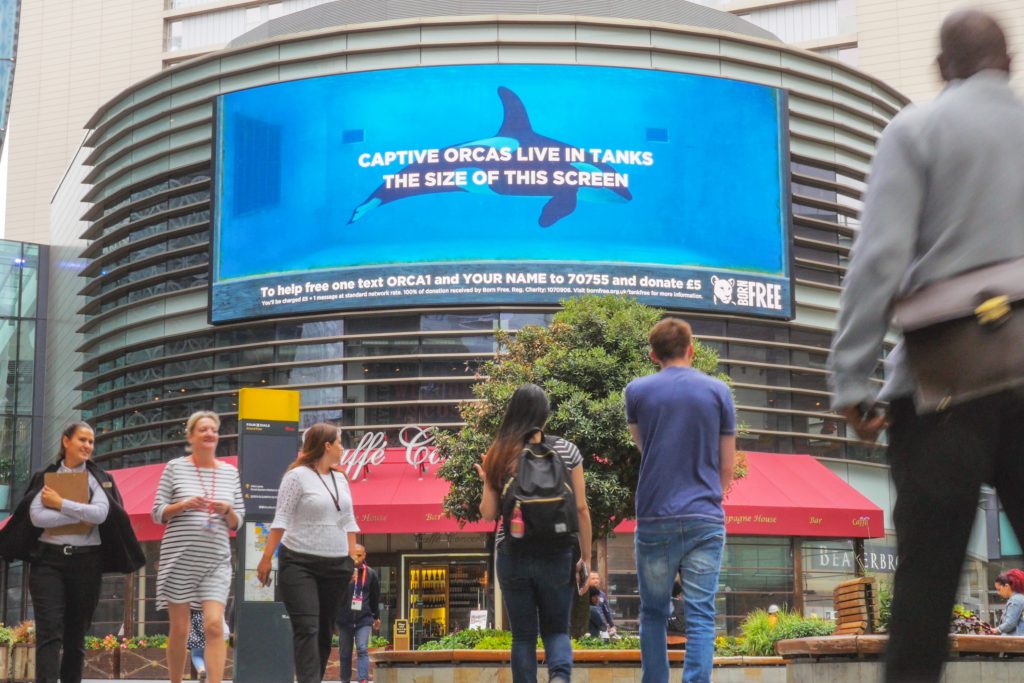 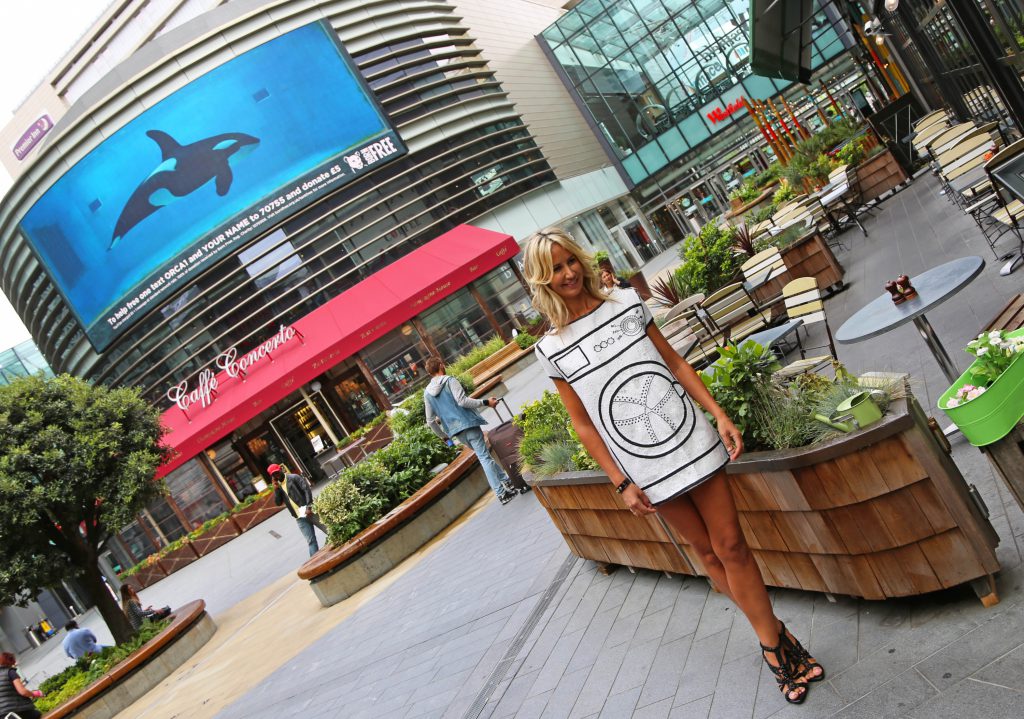 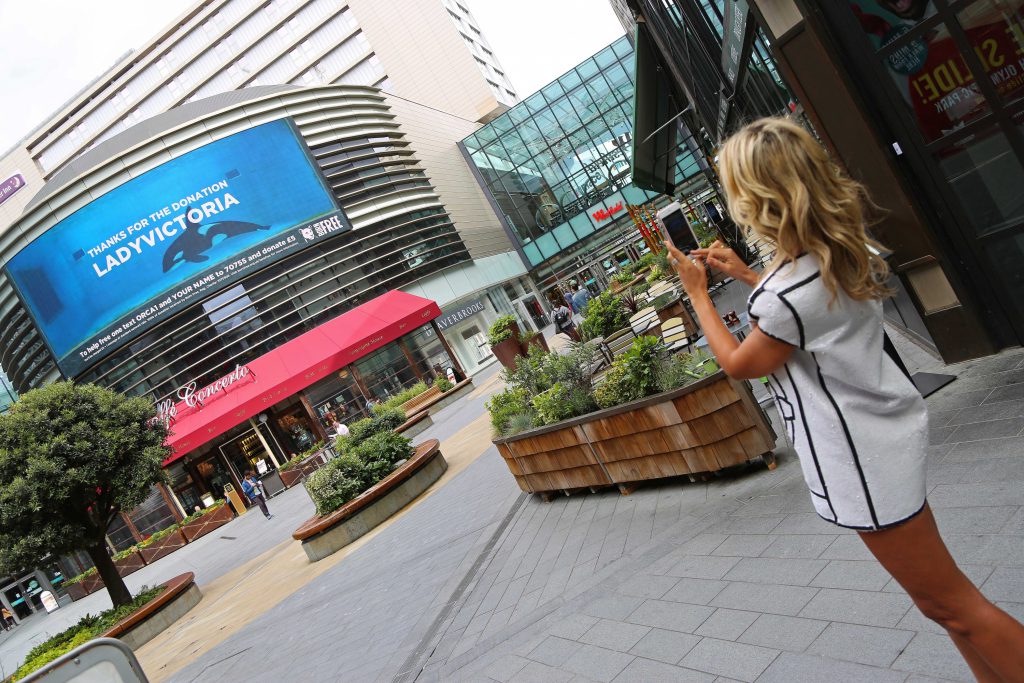 Conceived by WCRS, a winner of Ocean Outdoor’s annual digital creative competition, #TankFree uses CGI technology and visual effects from The Mill London to create a series of magnificent life size animated orcas which the public are invited to set free from captivity and return to their natural habitats.

Over the course of World Orca Day (July 14), supporters will be asked to help free captive orcas by texting a donation to Born Free. Each £5 donation received causes a captive orca to jump out of the DOOH screen and swim through other nearby sites to freedom. Its escape triggers the arrival of another captive orca, which swims into the virtual tank, triggering further donations.

Celebrated actress and Born Free co-founder Virginia McKenna OBE said: “There are currently 62 orcas in the world which are forced to live in cramped conditions and perform unnatural tricks at marine parks and aquariums. This highly visual, dynamic appeal, created for us by WCRS and Ocean, will help in our mission to end the practice of keeping cetaceans in captivity.”

WCRS creative director Steve Hawthorne said: “Sometimes the most powerful way to get a problem across to people is simply to show it to them in a way that’s hard to ignore. Creating life sized orcas, in digital screens the same size as the tanks that many orcas are kept in, allowed us to do just that.”

#TankFree will feature for the day across five “hero” city centre locations including Westfield Stratford, London, the Birmingham Media Eyes, Liverpool Media Wall, The Screen @Arndale in Manchester and St Enoch, Glasgow, from where the captive Orcas will be freed. A further six Ocean screens will carry supporting graphics to raise awareness and donations on the same day (July 14).

Out of home and experiential activity will be supported by prominent Born Free celebrity patron Lady Victoria Hervey, who will visit Westfield Stratford to see the campaign for herself on July 14. Born Free will promote the day’s activities widely on social media, using #TankFree to encourage engagement across the country.

Ocean Outdoor head of marketing Helen Haines said: “Equating the screen size with the size of a tank is a powerful message. This campaign is a beautiful use of creative out of home spaces and it’s nice that the connection, interaction and positive action coincides on one day. This is a worthy winner of Ocean’s digital creative competition which looks to celebrate big, bold new ideas.”

Update: since its launch in July 2017 Born Free has won Gold in the Creative Circle’s Best Use of Outdoor category 2018, won in the Digital and Digital Interactive categories at The Drum’s Creative Out of Home awards 2017, won in the ‘multiple locations’ category at the Revo Opals 2018 and was nominated in the outdoor category of Creativepool’s 2018 Annual.