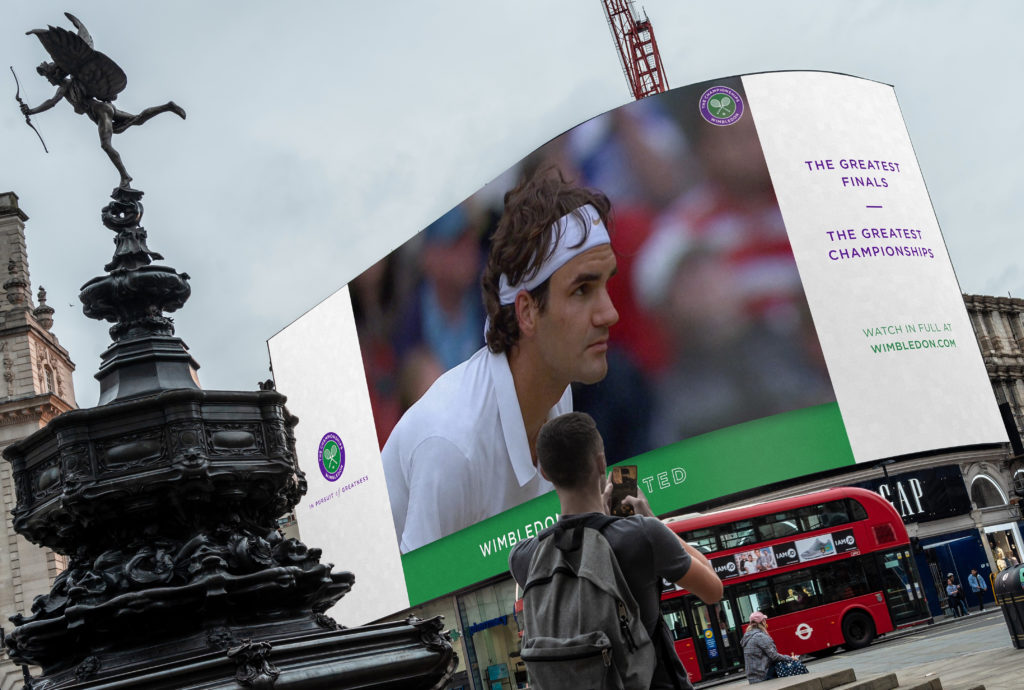 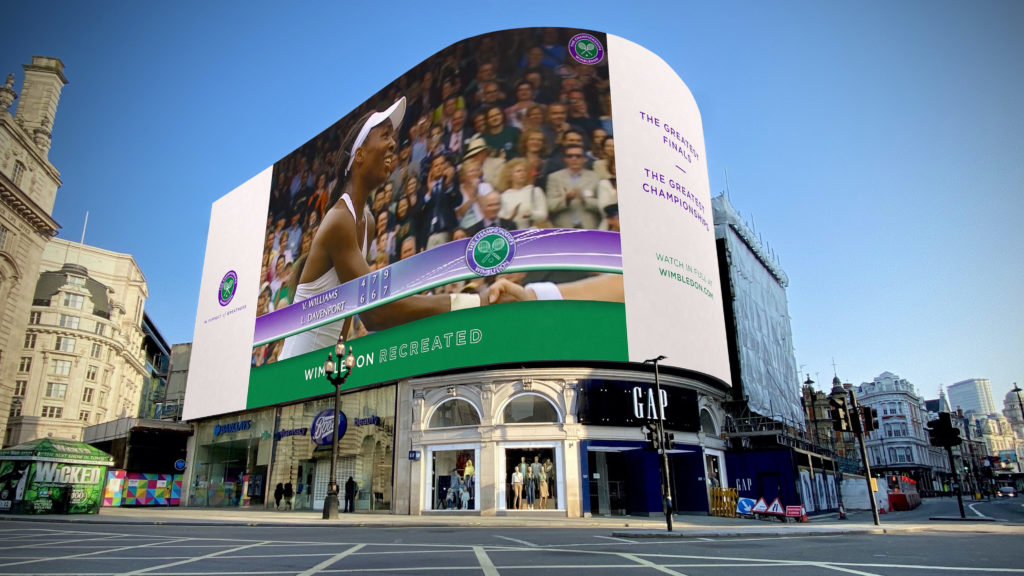 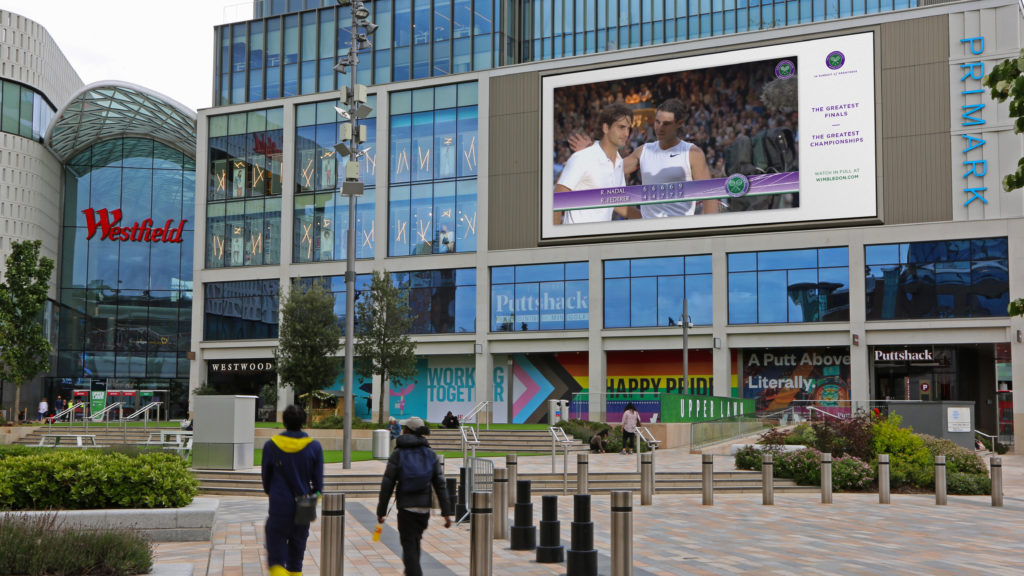 Despite the absence of this year’s Championships, the All England Lawn Tennis Club (AELTC) has teamed up with Ocean Outdoor in a continuation of their content partnership to fill the gap this year.

In a finale to the AELTC’s ‘Greatest Championships’, running throughout this year’s Fortnight across wimbledon.com, sports fans will have the chance to enjoy highlights from the Greatest Wimbledon Singles Finals on the iconic Piccadilly Lights and large format screens in both Westfield London shopping centres.

Two 30 minute dominations highlighting the best Ladies’ and Gentlemen’s Wimbledon Finals of all time will be carried on the Piccadilly Lights in London on July 11 and July 12 as a fitting end to the AELTC’s Wimbledon Recreated campaign.

The same broadcast content will also appear on Ocean’s large format screens in Westfield Square, Westfield London and the Four Dials, Westfield Stratford from 2pm on each day. The precise matches and players to be featured will be announced at 11am on the day of each broadcast.

This is the first time in the 143 year history of the tournament that film clips or content from Wimbledon has appeared on the screen in Piccadilly Circus.

The Piccadilly Lights is operated by Ocean Outdoor on behalf of Landsec.

Mick Desmond, AELTC commercial director said: “It has been a privilege to see the appreciation for Wimbledon shown by our passionate fanbase despite the absence of this year’s Championships, and we are pleased to be able to bring Wimbledon to an even broader audience across the finals weekend through this collaboration with Ocean Outdoor. We hope everyone enjoys reliving some of the greatest moments in Wimbledon history.”

Ocean head of content and sponsorship Kevin Henry said: “This summer is all about recreating the Wimbledon experience and reliving the greatest moments from past tournaments. These special broadcasts form part of Ocean’s continued collaboration with The All England Lawn Tennis Club as their exclusive out of home partner.”

Last year, Ocean was able to broadcast a full range of daily highlights and up-to-the-minute scores provided by Wimbledon as the tournament happened as well as live streaming the Ladies’ and Gentlemen’s Singles Finals with the permission of the BBC, the AELTC’s broadcast partner in the UK.