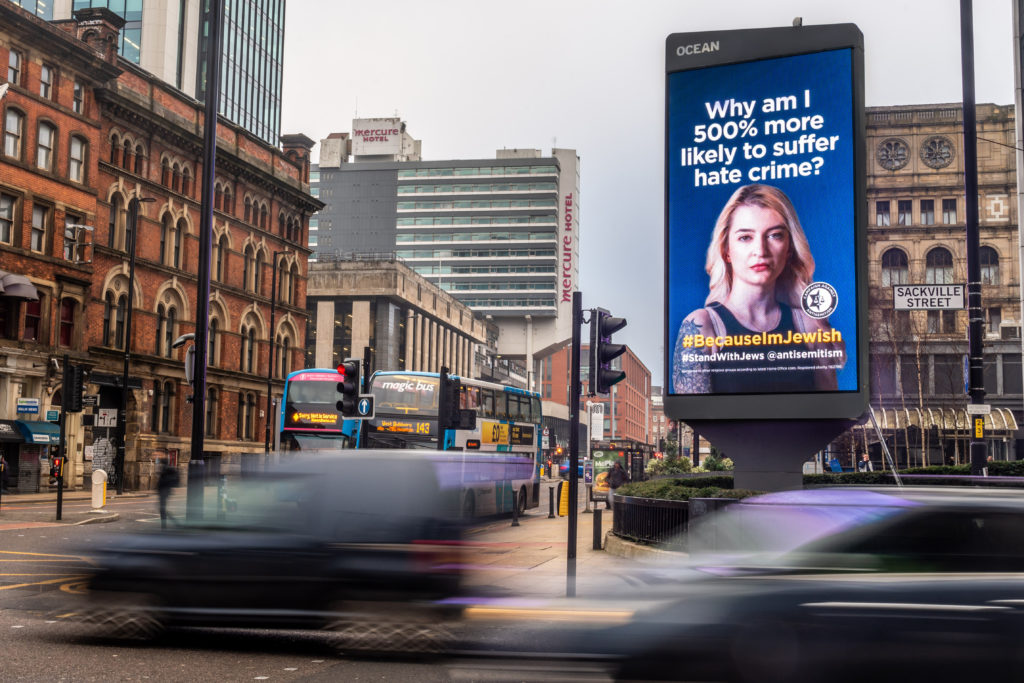 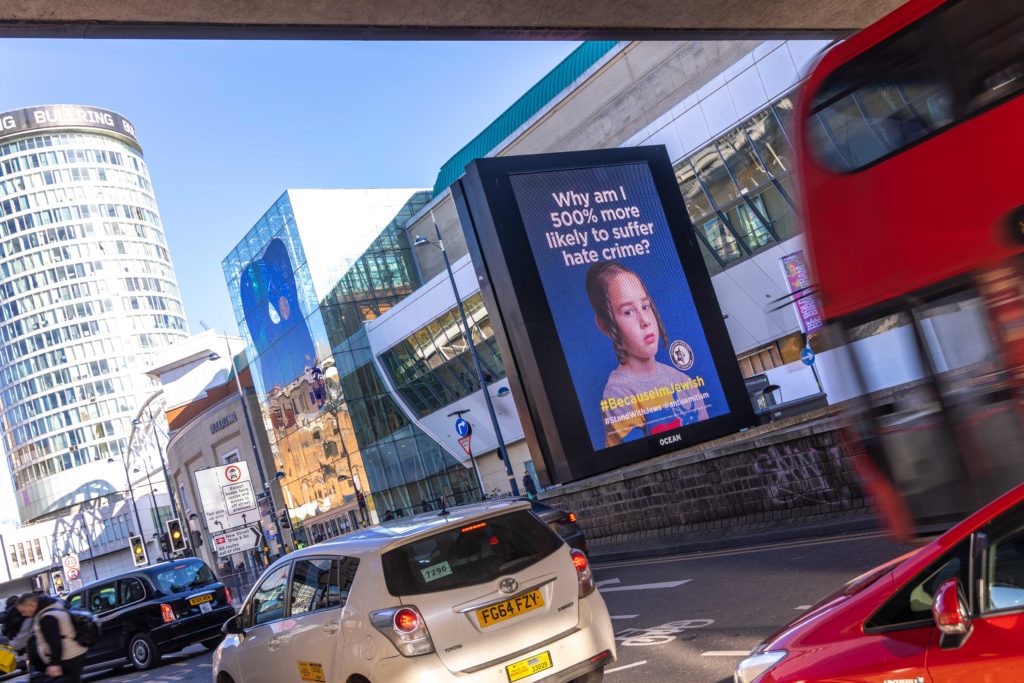 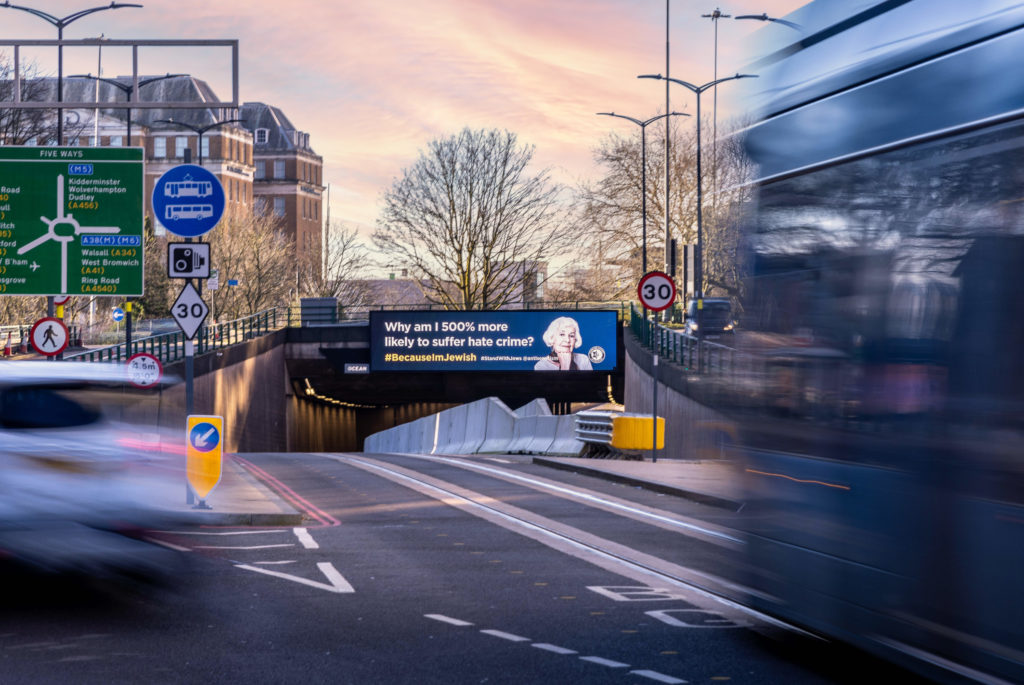 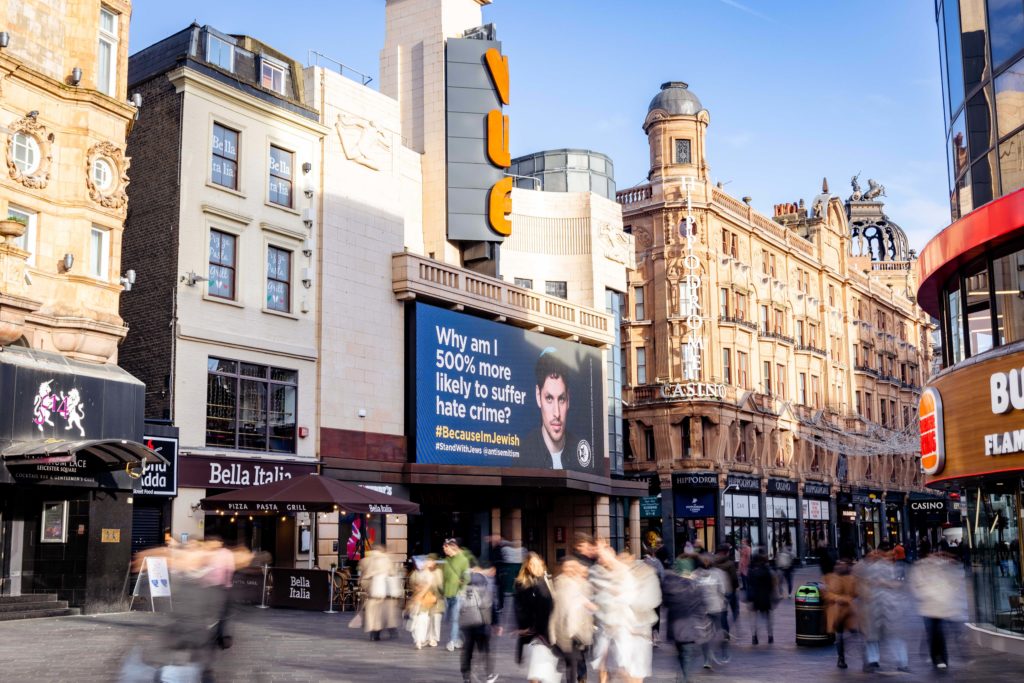 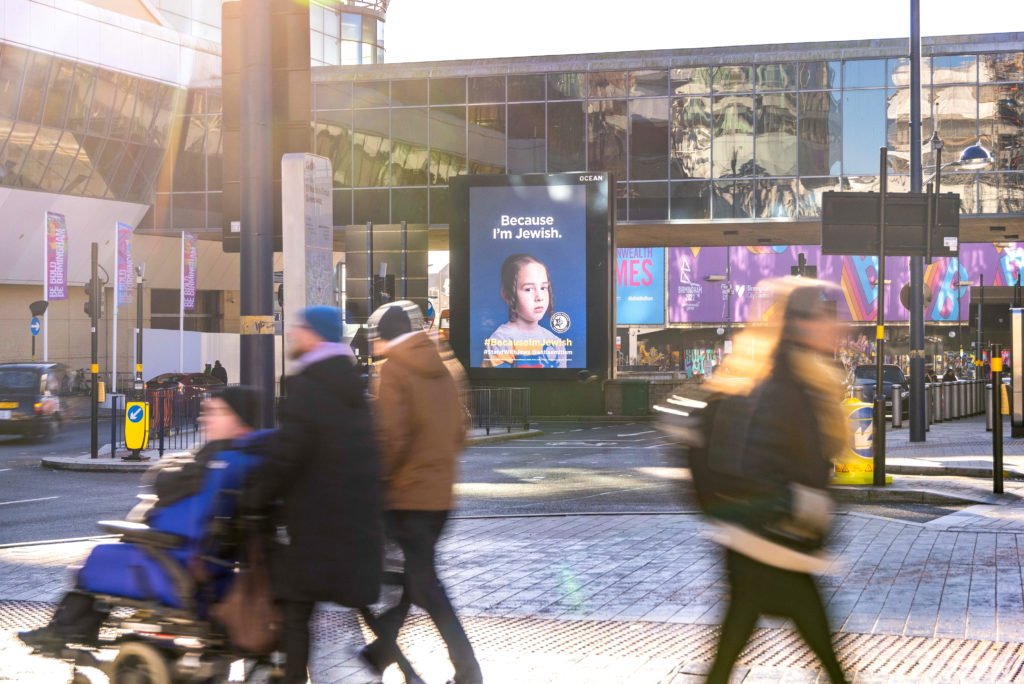 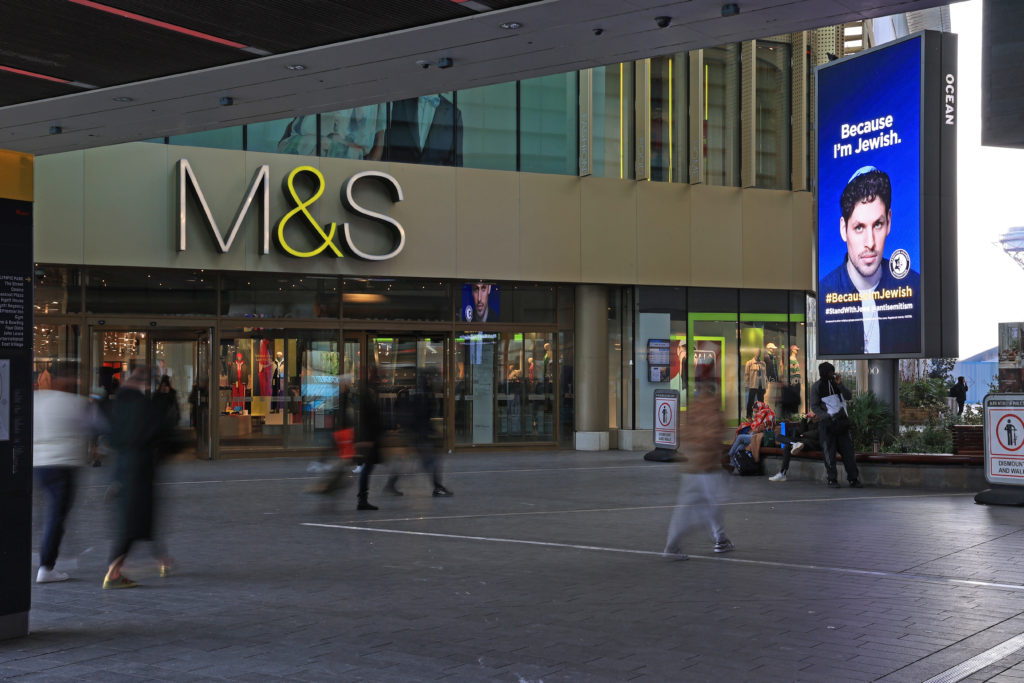 The Campaign Against Antisemitism has launched Britain’s first-ever national out of home (OOH) ad campaign seeking the public’s support against antisemitism after the most recent Home Office figures showed that Jews are 500% more likely to suffer hate crime than any other faith group per capita.

The campaign was created by the Campaign Against Antisemitism and Manchester based agency One Day. Media space was donated by Ocean.

Running for two weeks, and including Holocaust Memorial Day on January 27, striking portraits of people from the British Jewish community are appearing in prominent Ocean locations in nine cities across the country including London, Birmingham, Manchester, Edinburgh and Glasgow.

All of the Jewish models who appear in the campaign might be targeted for any of the protected characteristics that they possess — or may appear to possess — but what all the models share is that they, like all British Jews, are on average 500% more likely to be the target of a hate crime because they are Jewish, compared to any other faith group.

The photographs include a Holocaust survivor who has been left sickened by the targeting of Jews in modern-day Britain, recent immigrants to the UK and, it is believed for the first time ever on a British billboard, a member of the Charedi Jewish community, which bears so much of the brunt of violent antisemitic crime.

Gideon Falter, chief executive of the Campaign Against Antisemitism, said: “People are utterly appalled when we tell them quite how much Jews are targeted by hate crime. The UK is a fundamentally decent and tolerant place, and one of the best countries in the world to live as a Jew, but we still suffer racism and attacks every day simply because we are Jewish.

“Jews make up barely 0.5% of the national population and the solidarity of good people who are willing to stand up to hatred and #StandWithJews means a great deal to our community and shows the racists that they cannot win.”

This morning Britain woke up to a shocking statistic and a question: Will you #StandWithJews?

Jews like the people on our billboards are 500% more likely per capita to suffer hate crime than any other faith group. So, will you #StandWithJews?

Thank you @GMB for covering this. pic.twitter.com/Hk3hnzJHvE