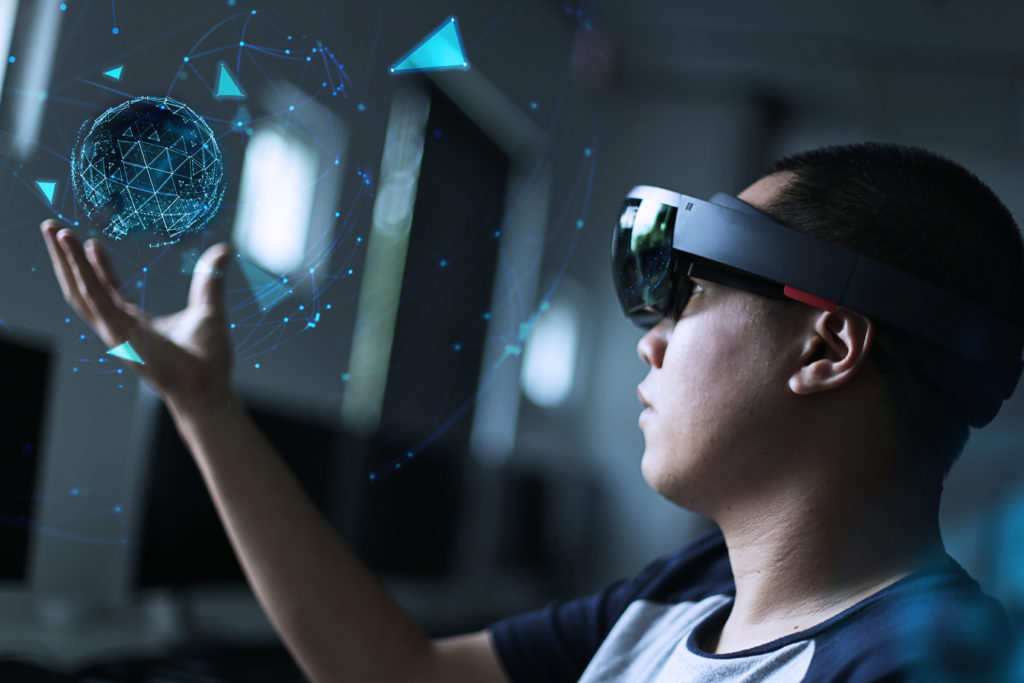 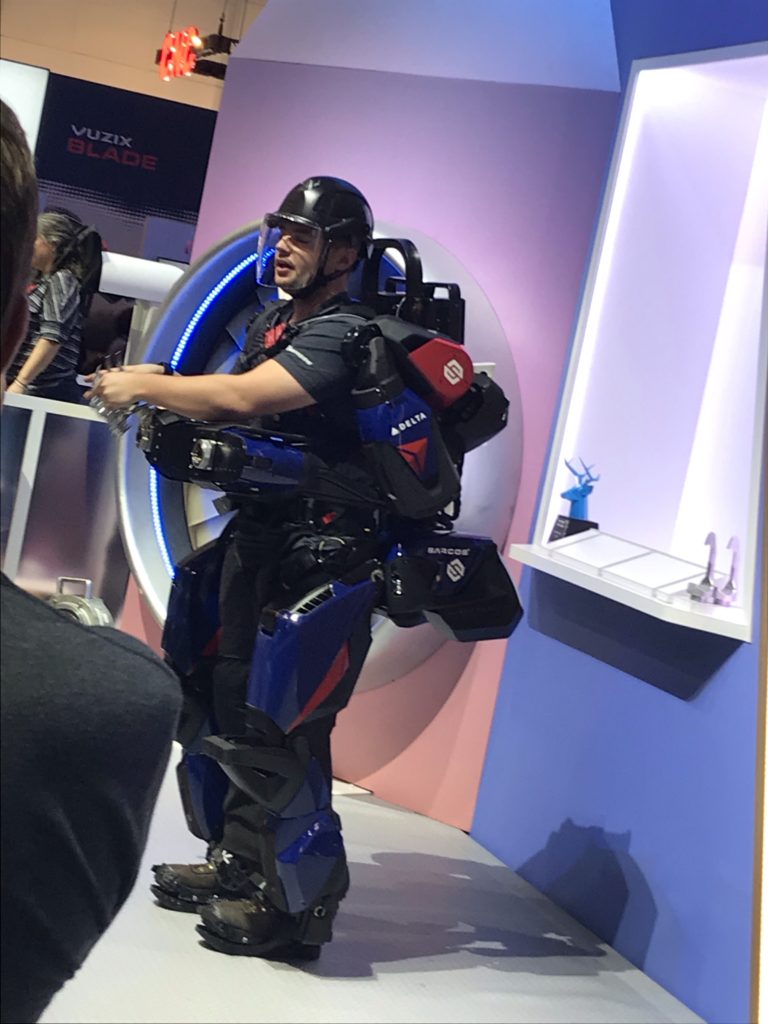 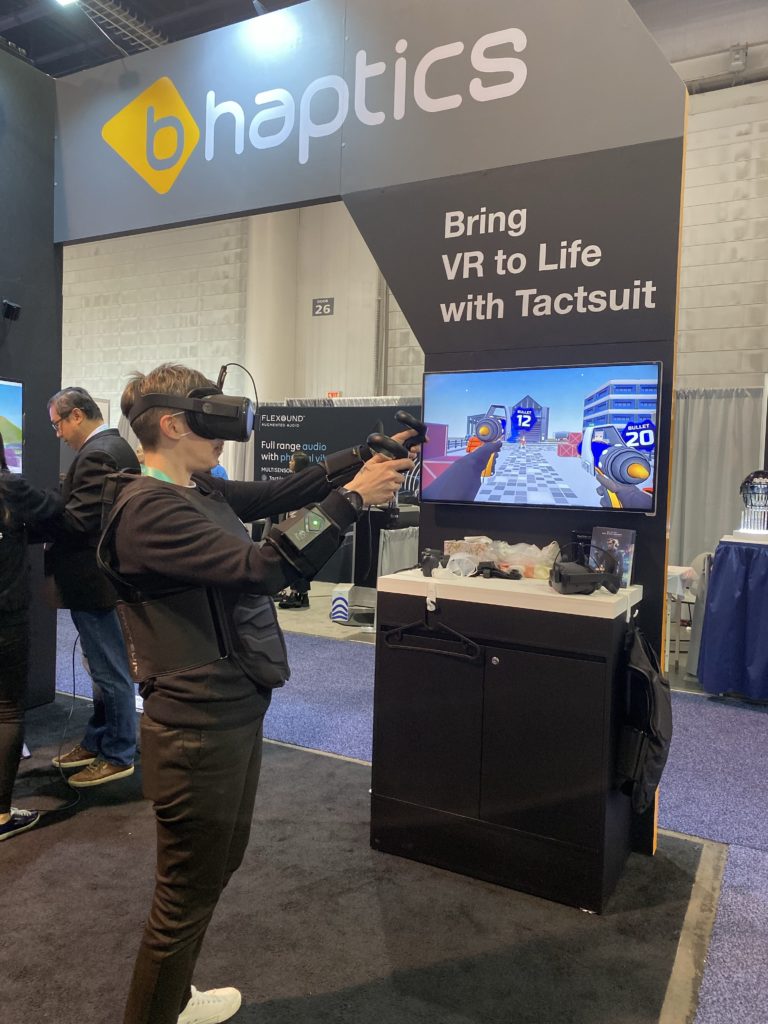 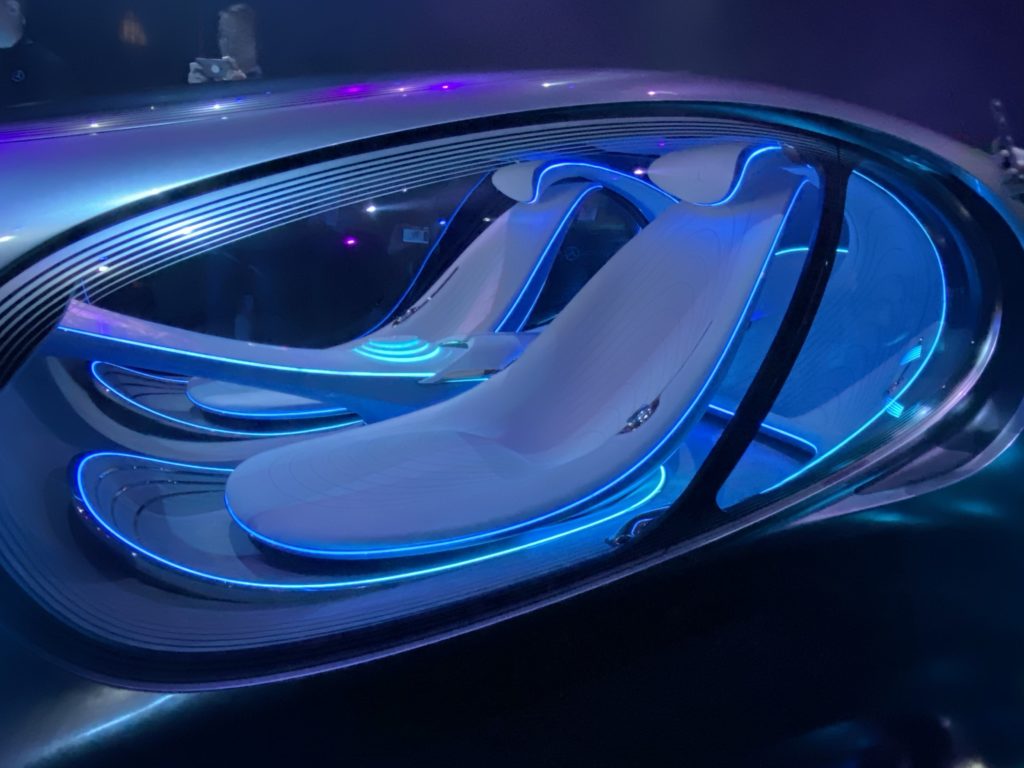 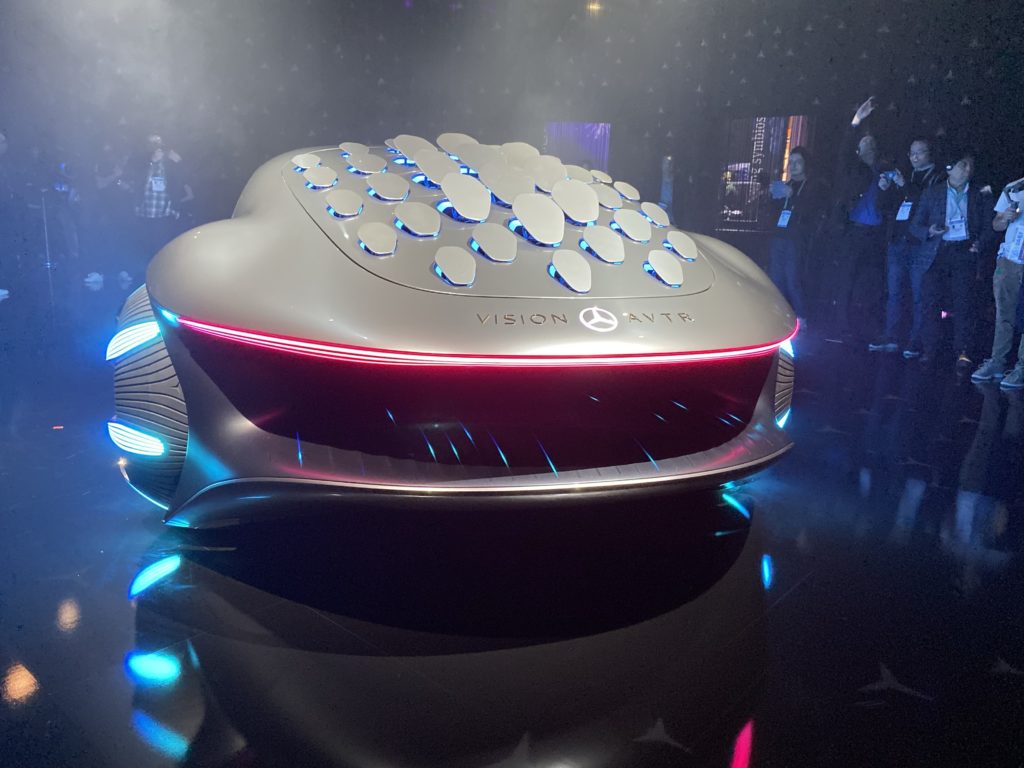 Is it a drone bird? Is it an Uber plane? No, it’s a superhuman robotic exoskeleton. According to the developers at CES, one day in the not too distant future you too could be performing acts of super human strength and endurance just like a Transformer.

There was so much to absorb at CES last week, but here are a few of my top Las Vegas takeaways.

Haptics: Multisensory feedback has long been mainstream in the mobile industry and it’s a hot topic in automotive. Gaming takes this to the next level with full haptic body suits to simulate a boxing match blow by blow. The inclusion of ThermoReal haptics further elevates the senses, creating the illusion of hot or cold temperatures as the participant is struck by snowballs or fireballs.  Superb for NextGen immersive out of home experiences.

LiDAR: Autonomous vehicles were everywhere at CES, as was LiDAR technology, the sensory tech that uses radar to detect changes to surroundings, allowing autonomous vehicles to navigate traffic and pedestrians without crashing. The technology offers potential for transference into other sectors beyond automotive, including OOH where it could provide deeper understanding of footfall patterns and audience measurement.

EEG: Remember our MindPong game? It was a winner of the Ocean digital creative competition back in 2014, using breakthrough electroencephalography (EEG) technology to read brain waves, replacing the need for handheld controls. Well in its latest form, game producers are rolling out a new range of wearables which use the mind to power interactive game play, including enter combination locks, or a shooting duck game using the power of your mind. The creative possibilities are endless which is just so very DOOH.

NORM: I wanted to buy a pair of these smart glasses which won multiple innovation awards at CES but annoyingly their first phase had sold out. Wearable, lightweight, regular looking sunglasses complete with voice recognition which can play music, make calls, become a camera, also featuring Steam Video and heads up displays, whilst not looking like you’re in Star Trek. I’m in.

Vision AVTR: For me the standout exhibition of the show was the Mercedes-Benz concept car inspired by the movie Avatar. To be honest I was expecting a tenuous link to the film, but I was pleasantly surprised. In the sparse interior, the steering wheel has become an anomaly. In its place, a central control pod that vibrates and illuminates to your touch. Your chair even pulses to match your heartbeat. A dashboard screen is controlled by holograms which respond to hand gestures. On the exterior are bionic scales which can be used to communicate with people outside the car, opening and closing to make it look as if the car is breathing. Journeys can be made sideways or diagonally. Someone re-write the Highway Code.

This was my first visit to CES and quite frankly we need to have a little word. What ever happened to sustainability? I came across just one drinking water fountain in all the four halls I visited. There were also no obvious recycling points despite an avalanche of single use plastic.

If this event had been held in the UK, these core requirements would have been integral to the customer experience. If the organisers can afford to use Elon Musk’s Boring Company to create tunnels to ferry folk between venues in time for CES 2021, then surely they can afford more water stations and a better curb on single-use plastic.