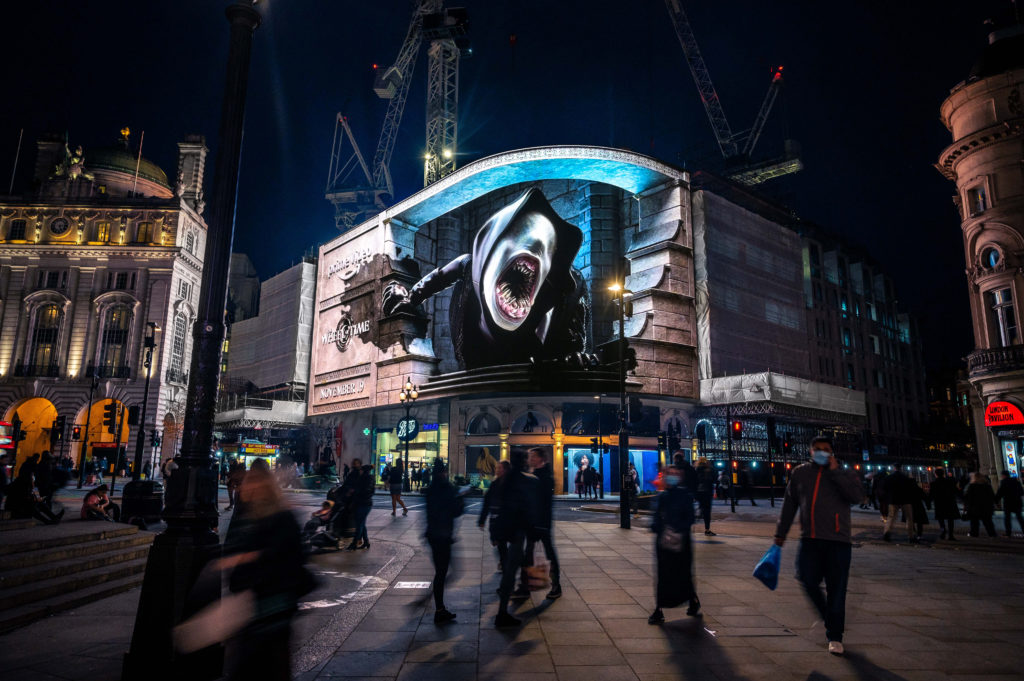 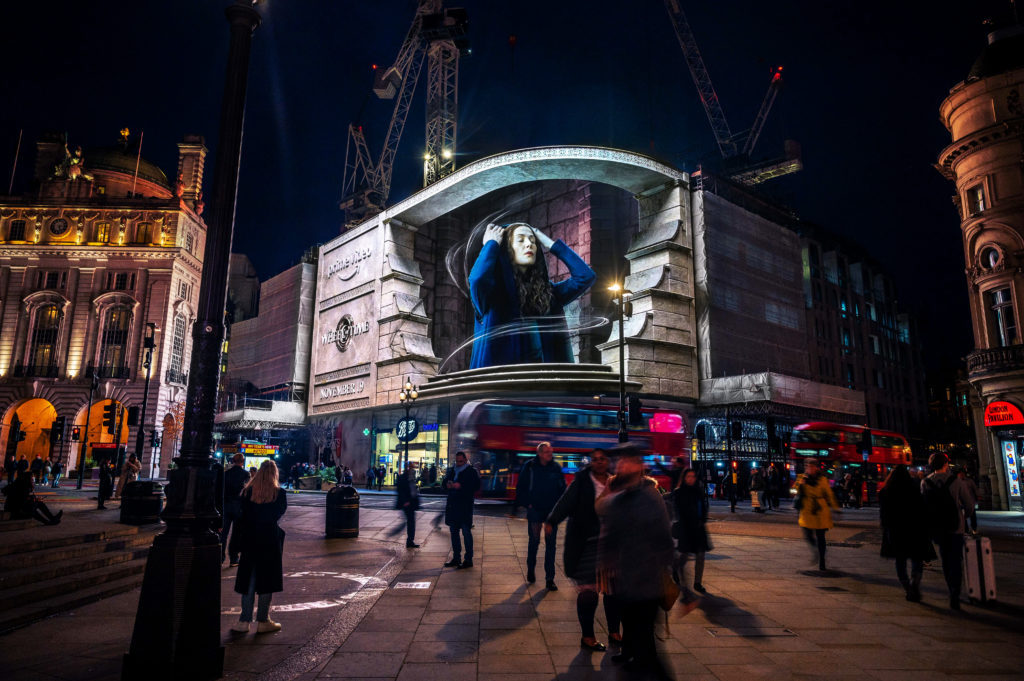 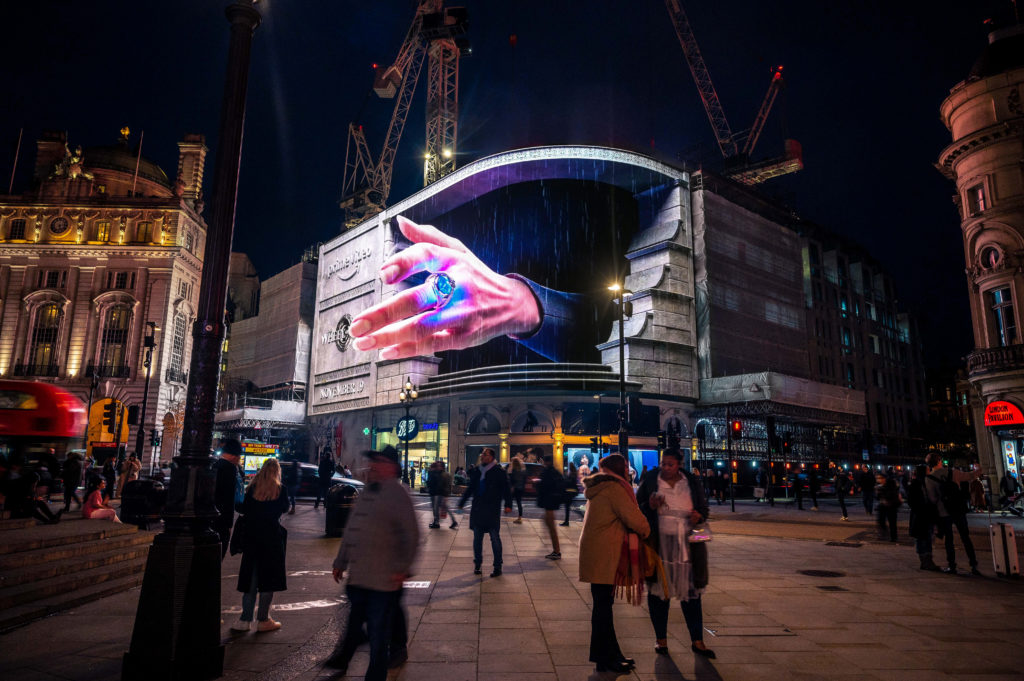 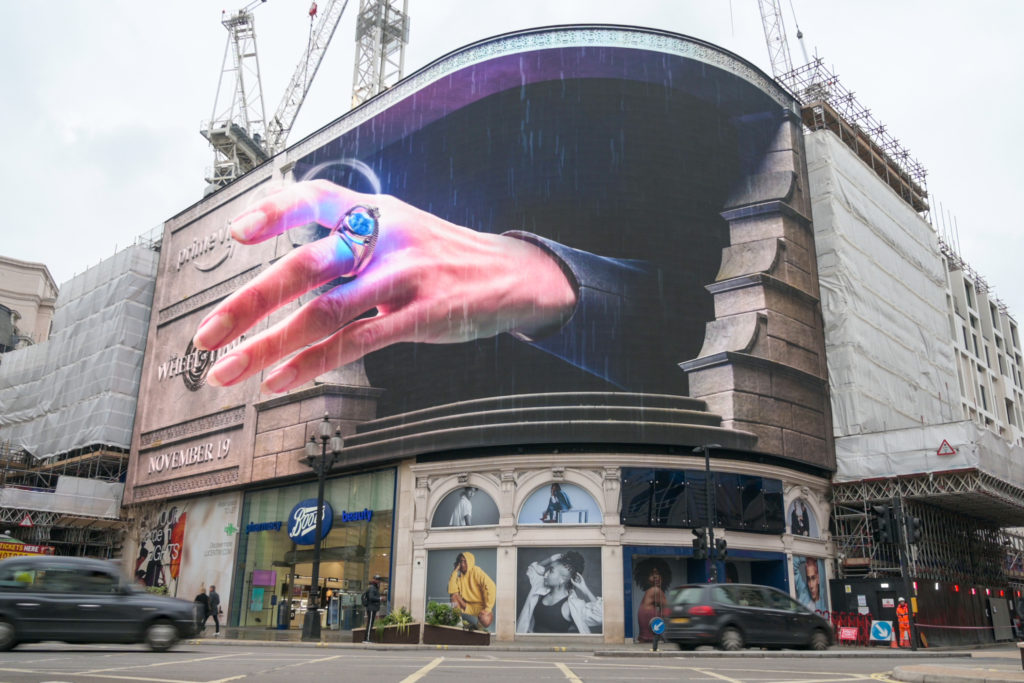 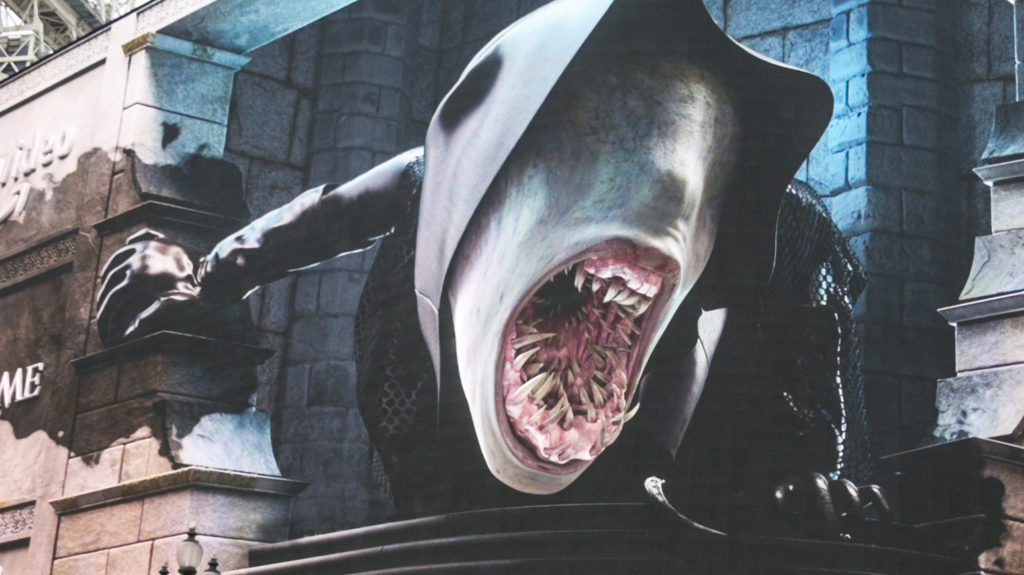 The show-stopping debut of Amazon Prime Video’s the Wheel of Time with a DeepScreen™ illusion on the world famous Piccadilly Lights in London has set social media alight ahead of the release of the fantasy series.

The sensational 3D spectacle debuted in Piccadilly Circus this week and appears for one week, supported by large format executions in Westfield London, Westfield Stratford City, Birmingham and Liverpool. Prime Video shared the anamorphic DOOH spot on its Twitter and Instagram channels where it quickly racked up more than 300,000 views, likes and ample praise.

Media planning and buying was by Rapport and Initiative.

The out-of-home trailer depicts a battle between the “Light”, actor Rosamund Pike’s character Moiraine Damodred of the all-female organisation the Aes Sedai, versus the “Dark”, the commander of the dark army, with the characters appearing to break out from the screen.

Captured on green screen, a live-action performance was composited into each scene, combining it with show quality VFX and bespoke 3D animation.

Rosamund Pike’s hands were also shot to create the effect of Moiraine channelling her powers, which were then rebuilt in CGI.

Amplify worked with the show’s VFX teams at MPC and Amazon Studios, to deliver the project. Thomas Valente and Tom Phipps created the spot.

Down at Piccadilly, Ocean’s David Tait met up with Matt Bell, BTS Director/Producer Wolfshoulder Films, who directed the live action element. Matt said: “Watching it in the flesh is truly captivating. It’s a really visceral piece of content where something is reaching out the screen and touching you. Which is what all advertising, all marketing and content wants to do – and in this case it really works.”

To find out how other advertisers are taking DOOH to new levels using Ocean’s DeepScreen™ activation to create deeper audience engagement, join our webinar at 2pm today (November 6). You can register for the session here Ocean DeepScreen™ — Ocean Outdoor