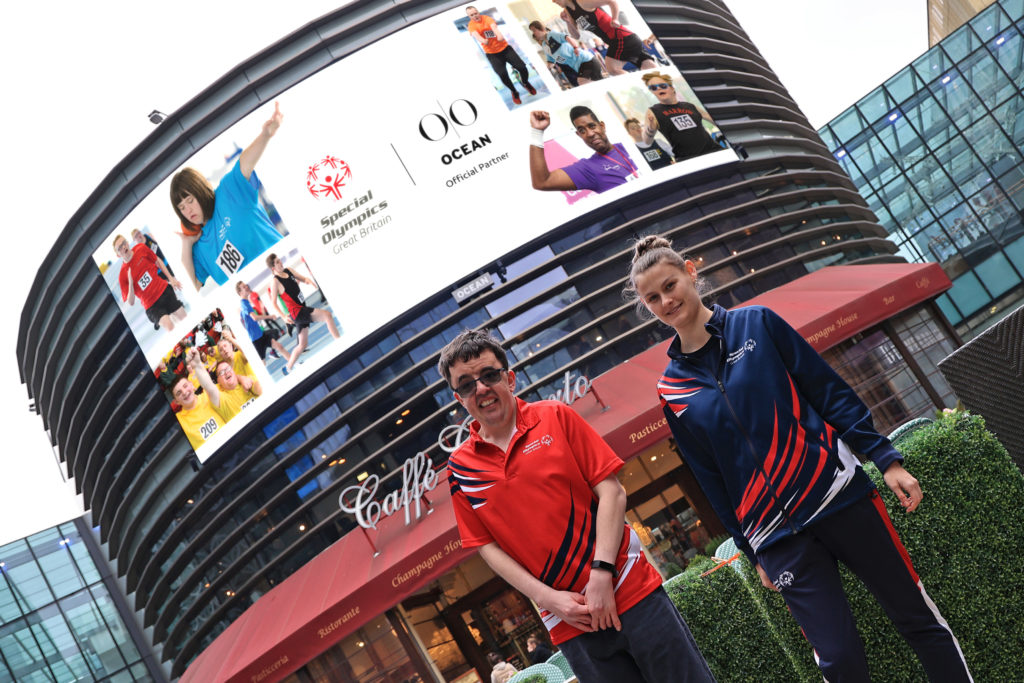 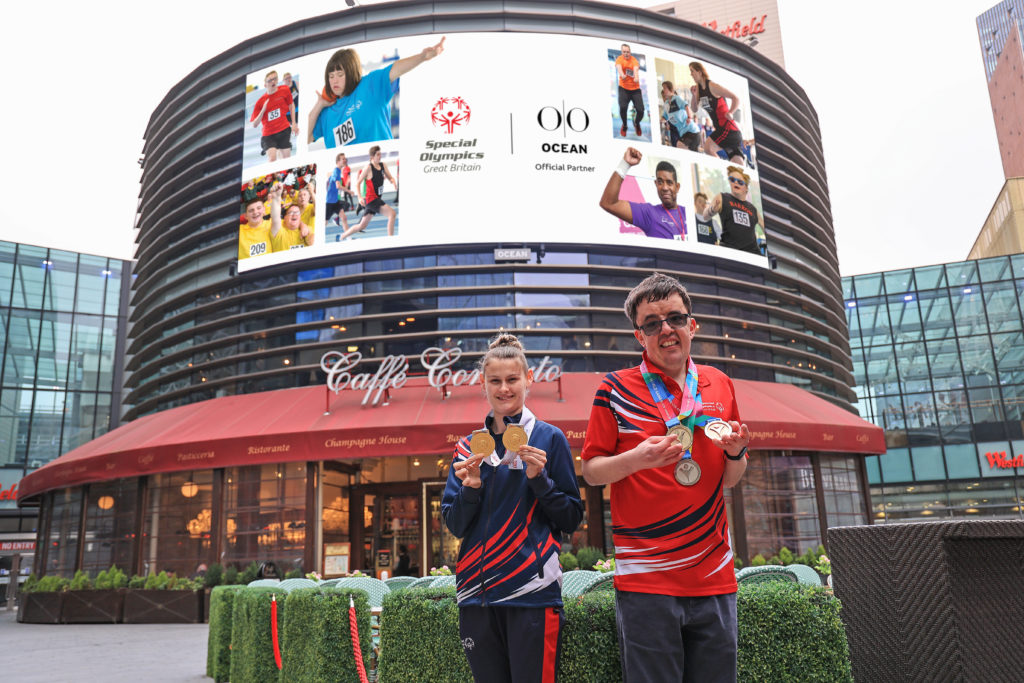 Lily competed for Special Olympics GB at the World Summer Games 2019 in Abu Dhabi winning two gold medals and she competes with the INAS Development squad for the Tennis Foundation. Mitchell represented Great Britain at the Special Olympics World Summer Games 2015 in Los Angeles where he won a gold medal for long jump, silver for 100m sprint and a bronze in the 4x100m relay. Download

Under the agreement, Ocean Outdoor becomes the only UK media owner to have long term partnerships with all three organisations recognised by the International Olympic Committee (IOC).

Becoming a unified partner for Team GB, ParalympicsGB and now Special Olympics GB, underlines Ocean’s commitment to upholding the objectives of the Olympic movement and allows for new opportunities to reinforce and highlight the principles of equality, diversity and inclusion (EDI) in particular. The agreement is in place until the end of 2024.

Special Olympics GB is a non-profit organisation and the largest provider of year-round sports coaching and athletic competition in summer and winter sports for children and adults with intellectual disabilities. Special Olympics GB currently has 95 all ability, inclusive sports clubs covering 27 sports across England, Scotland and Wales and reaches more than 6,500 athletes.

The partnership comes as Special Olympics GB prepares to return to full-scale competition with The Summer Series of Sport which will be the largest celebration of intellectual disability sport in Great Britain this year and will act as qualification for any athletes interested in being selected to represent Great Britain at The Special Olympics World Summer Games in Berlin 2023.

In the coming months, highlights, clips and brand related content featuring these events will appear on Ocean’s large format digital screens across 15 UK cities, celebrating individual athletes in the cities and regions where they live, and working with relevant Local Authority partners and other bodies to increase the visibility of people with intellectual disabilities.

Ocean will also launch a fundraising campaign through its out of home activations, supported by a programme of volunteering and community based sports events.

Laura Baxter, interim CEO of Special Olympics GB, said: “We are absolutely delighted to be entering into a partnership with Ocean Outdoor. With a national presence and the UK’s most prestigious out of home advertising locations, this new partnership represents a massive opportunity for not only Special Olympics GB and our athletes, but also for the 1.5 million people who live with intellectual disabilities in Great Britain today.

“To have Special Olympics GB recognised alongside the Olympic and Paralympic Associations is a major step forward for our athletes and we couldn’t be more delighted to be partnering with Ocean Outdoor for this opportunity. To be able to see campaigns across Great Britain featuring our Special Olympics GB athletes offers us an extraordinary platform to not only raise awareness around inclusion, but it will also undoubtedly help us achieve our goal to no longer be the best kept secret in sport.”

Kevin Henry, Ocean head of content and sponsorship, said: “This new partnership reinforces our commitment to the Olympic movement. Ocean becomes the only UK media partner to have long term agreements with all three organisations within the Olympic family.

“This follows the success of our long-term agreement with Team GB which began in 2015 and our recently announced gold partnership with ParalympicsGB. Extending our commitment to include  Special Olympics GB allows Ocean as a business to deliver on its EDI objectives and help to transform lives by shining a spotlight on children and adults of all abilities through the opportunity of sport.”

According to a Two Circles, National Representative Omnibus Survey for Special Olympics GB (April 2021), 36% of the British public say they have a connection to, or are aware, of someone with intellectual disabilities. That’s more than 19 million people.*

The same survey also revealed that: 16 to 44-year-olds say they have more of a connection to or are aware of people with intellectual disabilities compared to older generations.  And when you take into consideration that:

It all adds up to a huge opportunity for not only Special Olympics GB and people with intellectual disabilities, but for businesses and society in general.