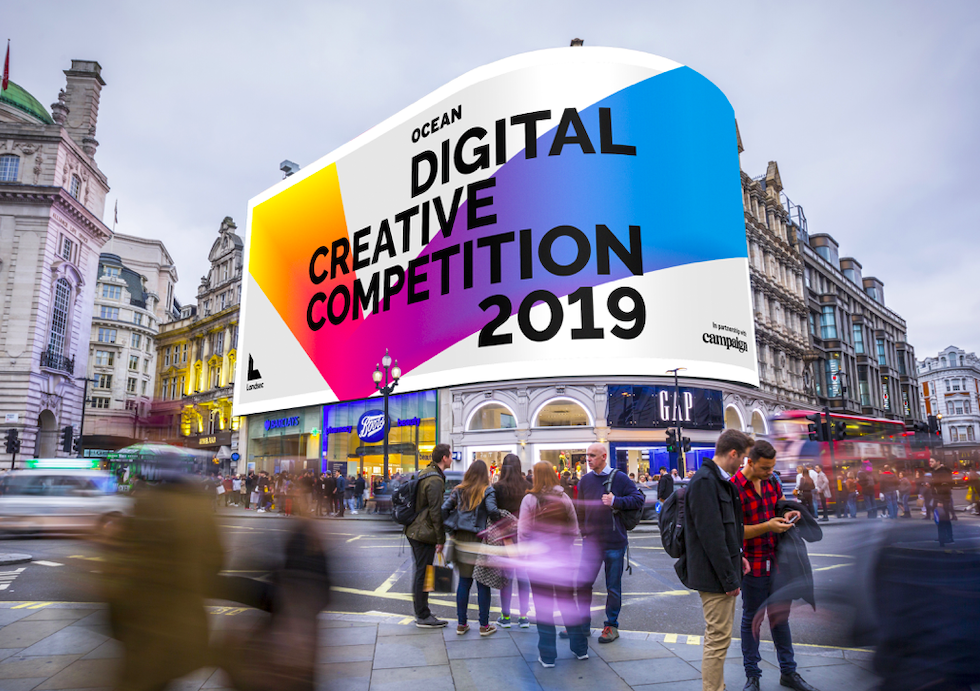 For the first time in the competition, agencies and brands are invited to enter concepts designed for the scale and presence of the Landsec Piccadilly Lights, London’s celebrated global advertising icon.

The competition is presented in association with Campaign.

Concepts can also be submitted to appear across all the UK’s major cities, in multiple environments and on stand-out Ocean digital formats including The Grid and The Loop networks in Manchester and Birmingham.

To win, ideas should leverage an aspect of Ocean’s proprietary technology vehicle and audience detection networks, its super-fast wifi which connects to mobile audiences on the move, or its live streaming capability.

Concepts can be brought to life using live data streams, or amplified through the use of full motion, movement, immersive or experiential experiences. The challenge is to develop an idea that best uses the DOOH medium using simple, but effective, communication.

“For 10 years, global award-winning ideas have been entered by the media and creative industries, placing digital out-of-home screens at the heart of creativity. All you need is an idea and if you win, we will make it happen.”

There is one category of entry, but ideas will be segmented by charity or brand during the judging process. Landsec will help judge those concepts entered for the Piccadilly Lights 30-minute domination.

Ocean is also seeking ideas which align brands with its Ocean For Oceans initiative, a campaign to help remove plastic pollution from the world’s seas and waterways.

The rewards for the winners are multiple. Not only do they receive screen space to bring their concepts to life, but agencies and brands often go on to win bigger accolades, including the prestigious Cannes Lions.

It is free to enter Ocean’s competition, with entries submitted online. The closing date is August 23 and the winners will be announced at anawards ceremony on Thursday, October 10 at the IMAX in London.

Last year’s winners included St Luke’s Communications and the National AIDS Trust for Rock the Ribbon; Glimpse and DOOH.com for Sea Change: The Sea Is The Sky; and 23red and City to Sea for Hydration Station;

Look At Me by Women’s Aid and Engine was recently awarded the Grand Prix by Ocean to mark 10 years of the digital creative competition. This 2015 campaign went on to win more than 30 other awards including two Cannes Lions.