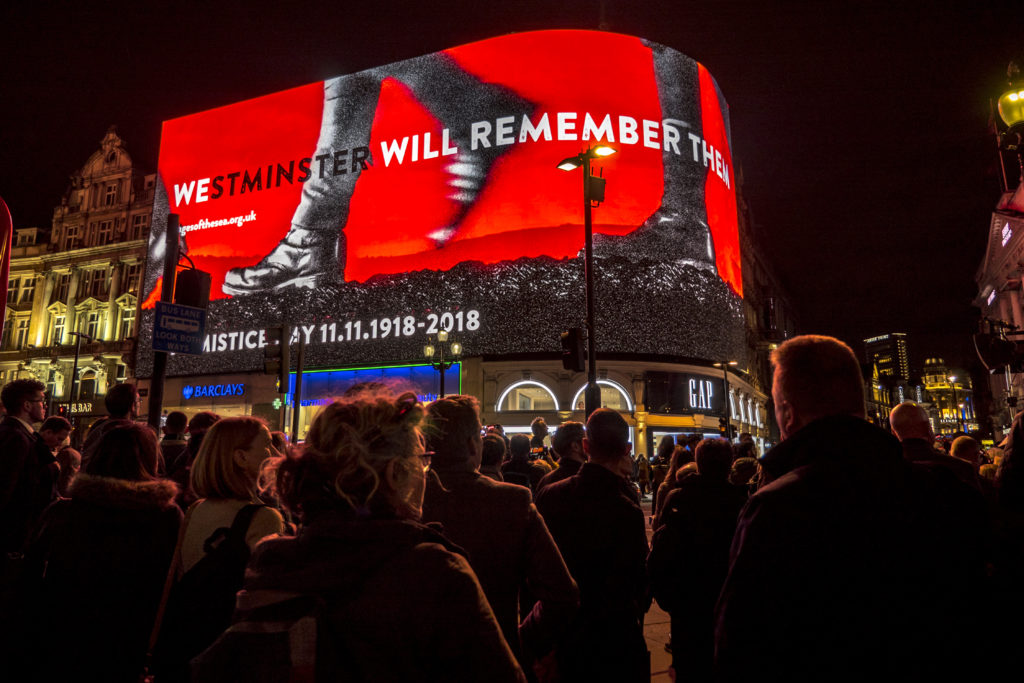 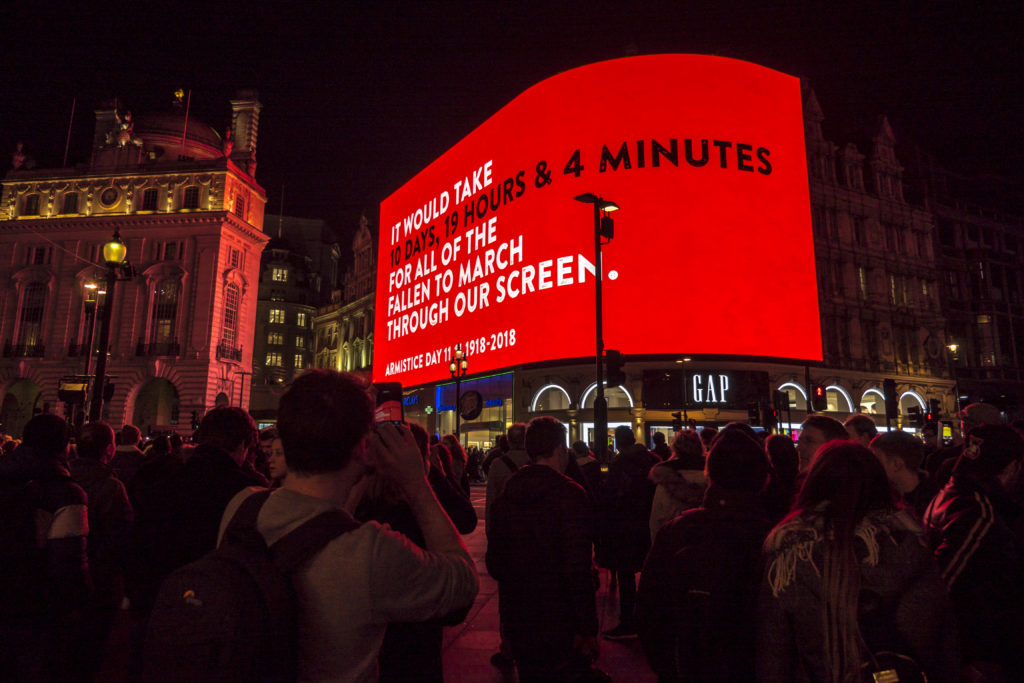 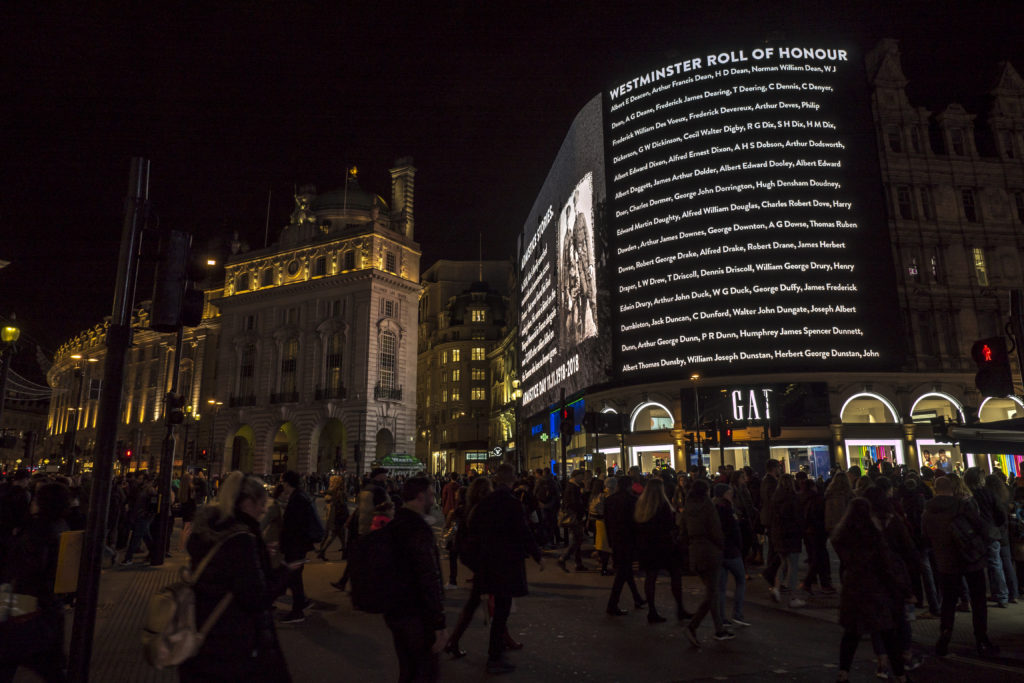 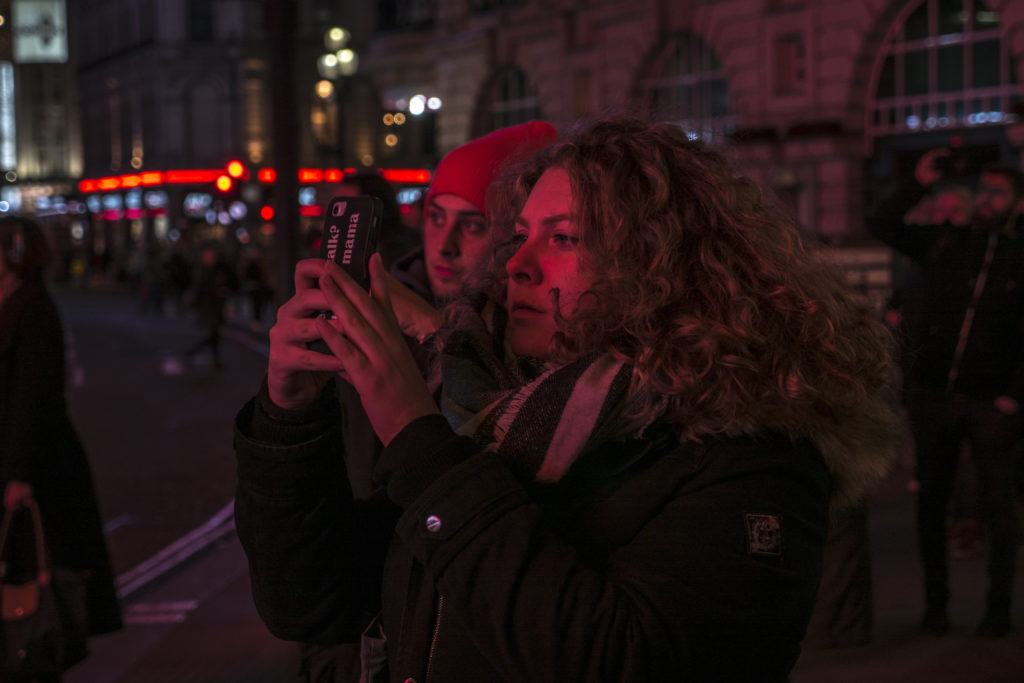 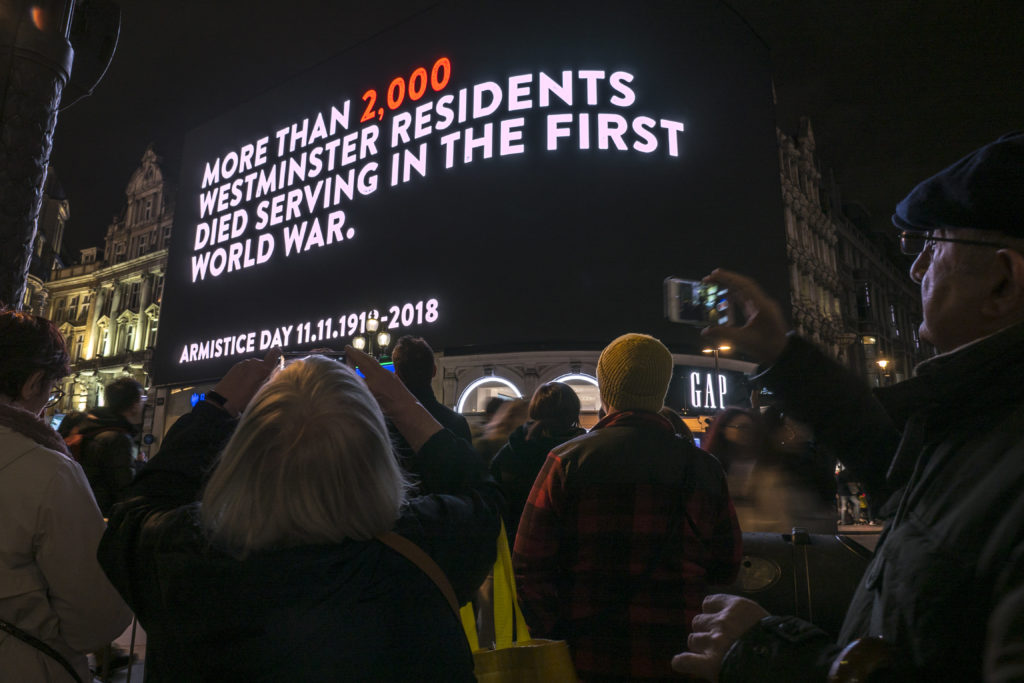 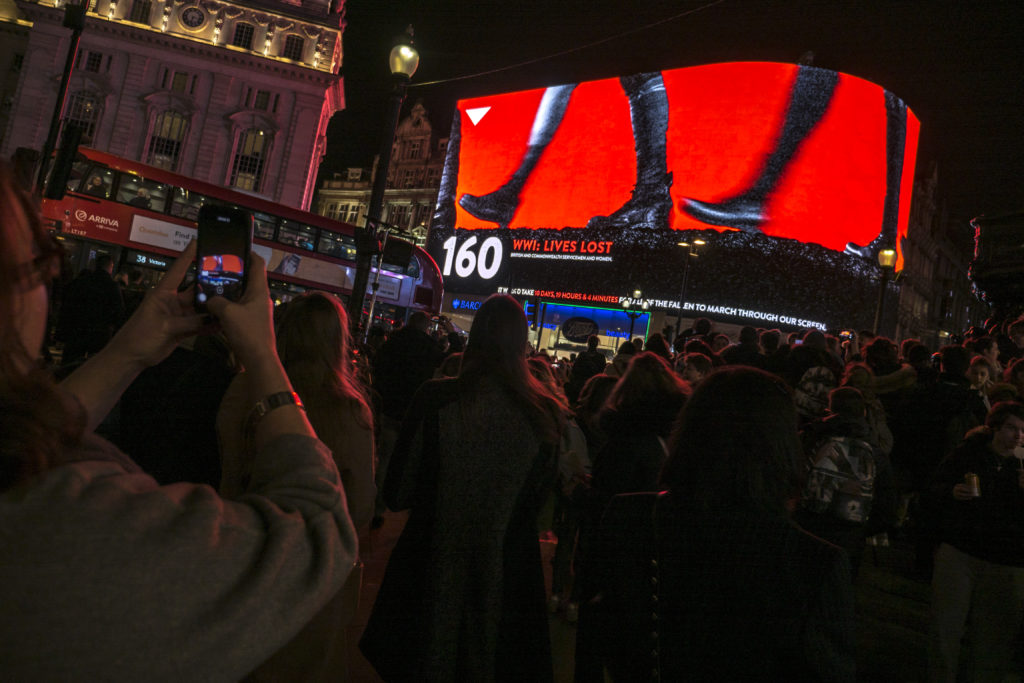 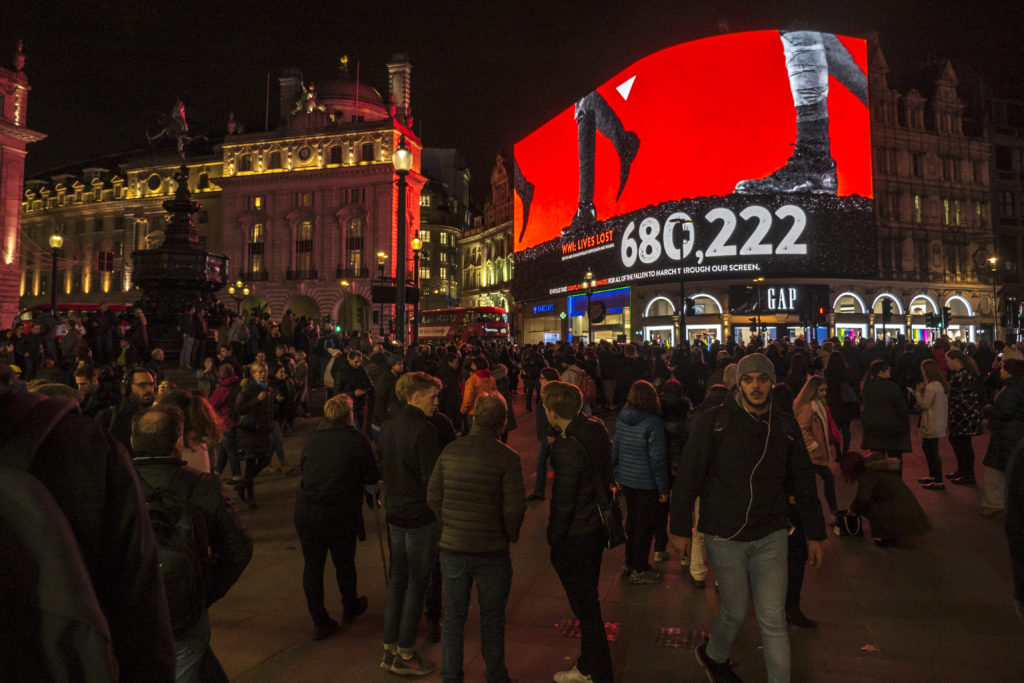 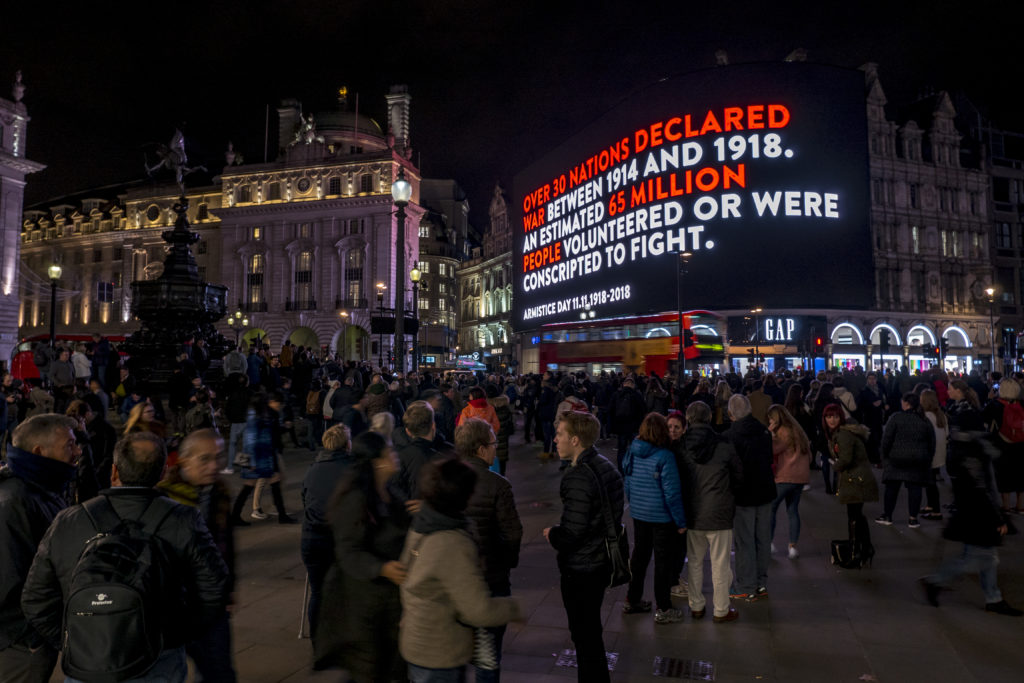 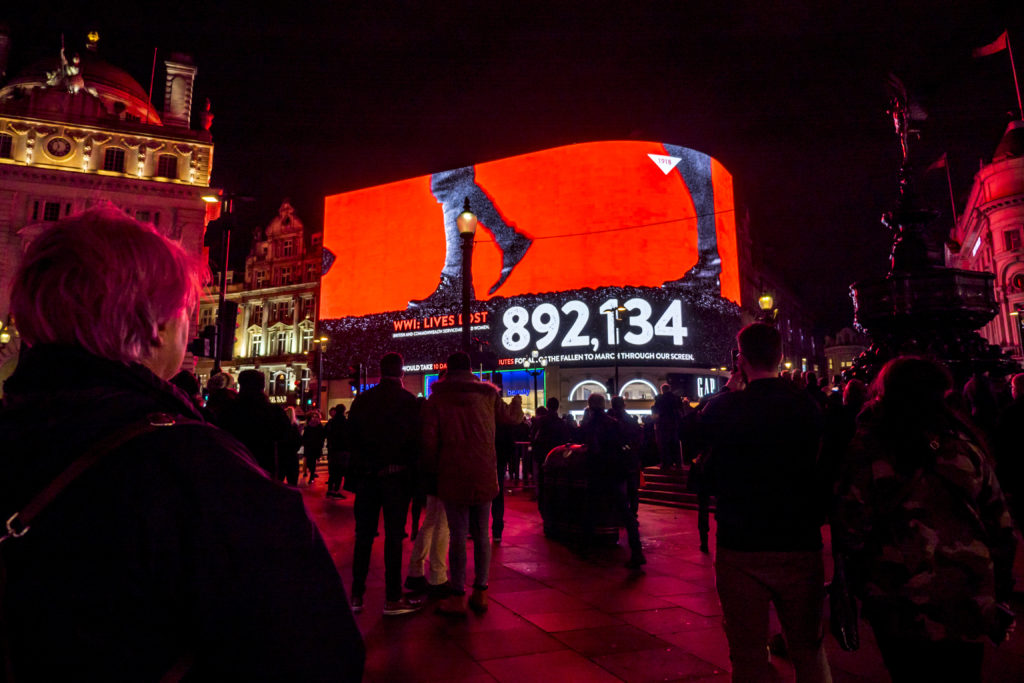 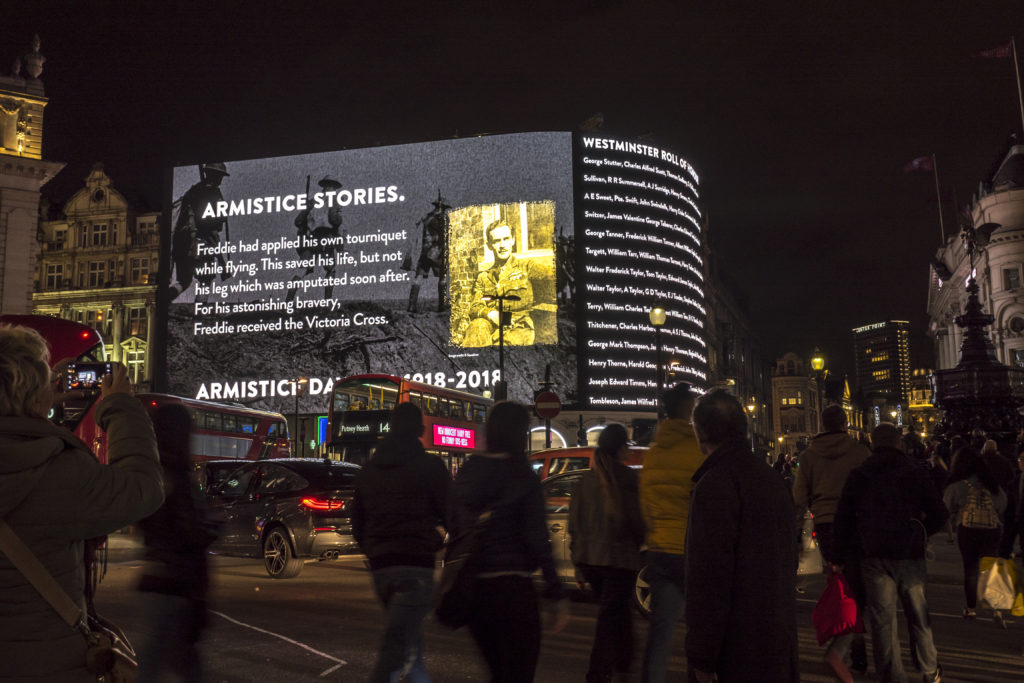 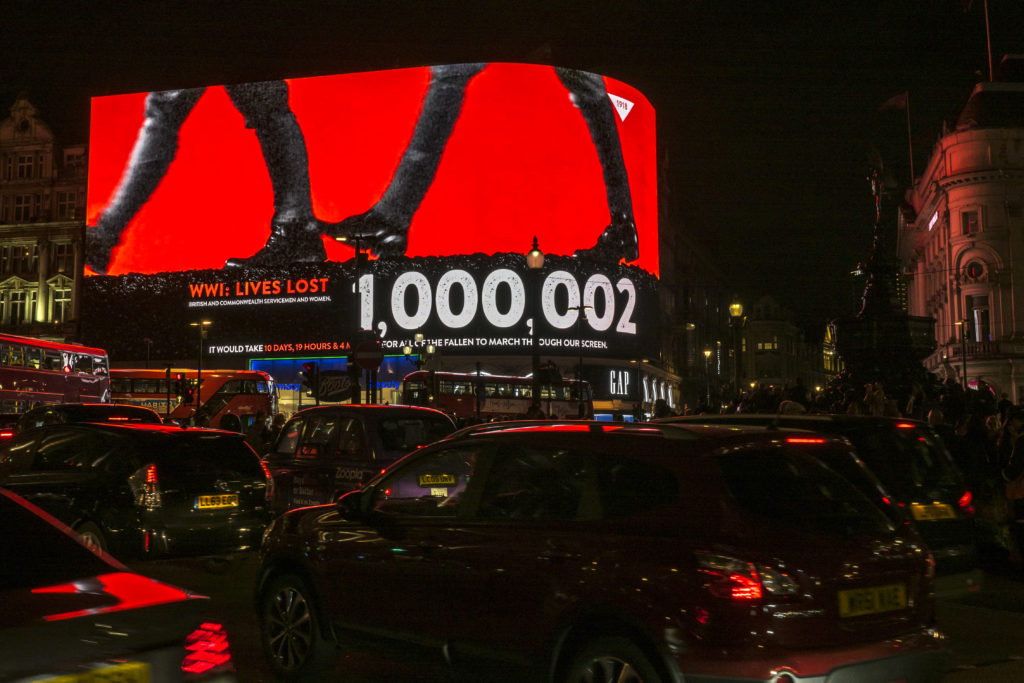 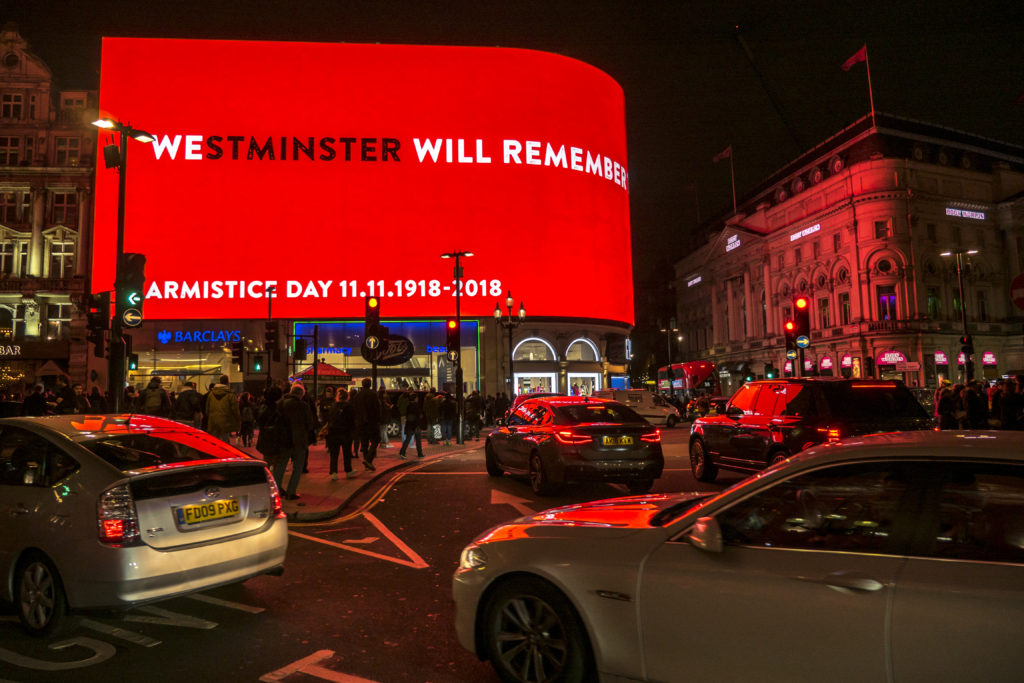 The Piccadilly Lights advertising screen will fall silent on Friday, November 9 to remember the 1,119,193 Commonwealth servicemen and women killed in the First World War.

A commemorative event takes place from 6pm onwards at Piccadilly Circus, featuring a special film that aims to bring home the scale of the conflict 100 years on. The poignant one hour tribute marks the start of the Armistice centenary weekend.

Created by Westminster City Council in collaboration with TMW Unlimited, part of The Unlimited Group, the seven-minute film is accompanied by the sights and sounds of marching soldiers. The Piccadilly Lights are operated by Ocean on behalf of Landsec.

Each pair of marching boots represents a soldier killed in the conflict, with the sobering message that it would take more than 10 days and 19 hours for all of those who lost their lives to march through the screen.

During the film, passers-by can stop and reflect on 11 highly emotive, personal accounts from the conflict.

The Band of the Welsh Guards will honour the dead with a Last Post ceremony at the end of the screening and a two-minute silence will be observed.

Westminster’s Armed Forces Champion, Councillor Rachael Robathan, said: “It is hard to imagine how anyone could cope with the circumstances facing the young men and women caught up in World War One.

“100 years on it remains truly humbling to hear the stories of bravery and resilience that we remember today.  The thousands of marching feet combined with the very personal stories featured in this poignant film will help convey the very human scale of the tragedy.”

The 11 stories told in the Film

The Armistice was signed at 5am on November 11 1918 and came into effect five hours later.