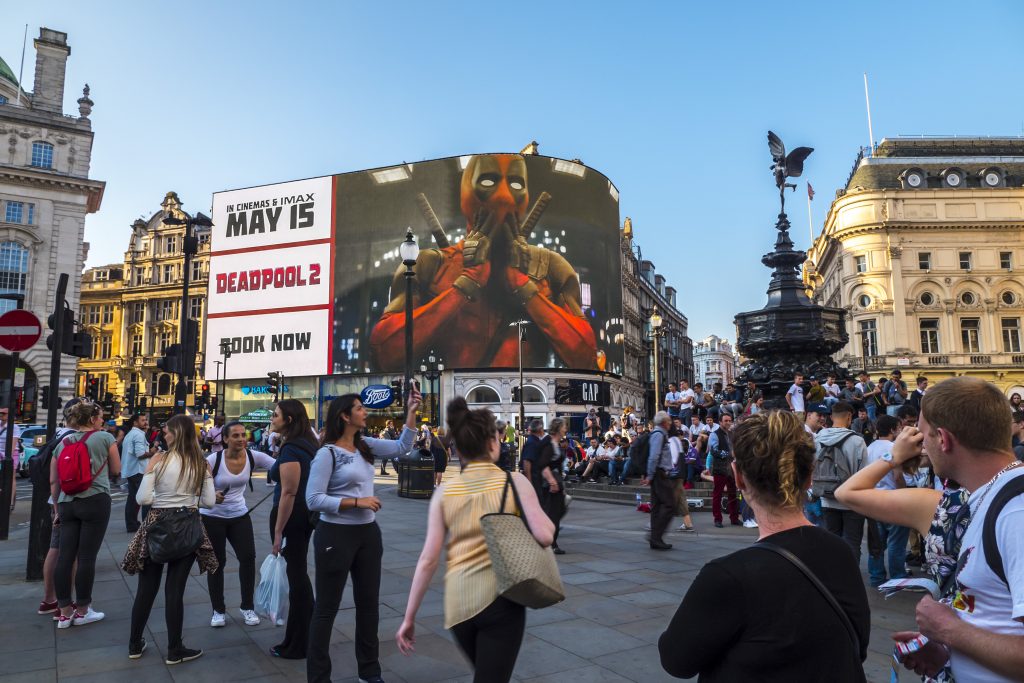 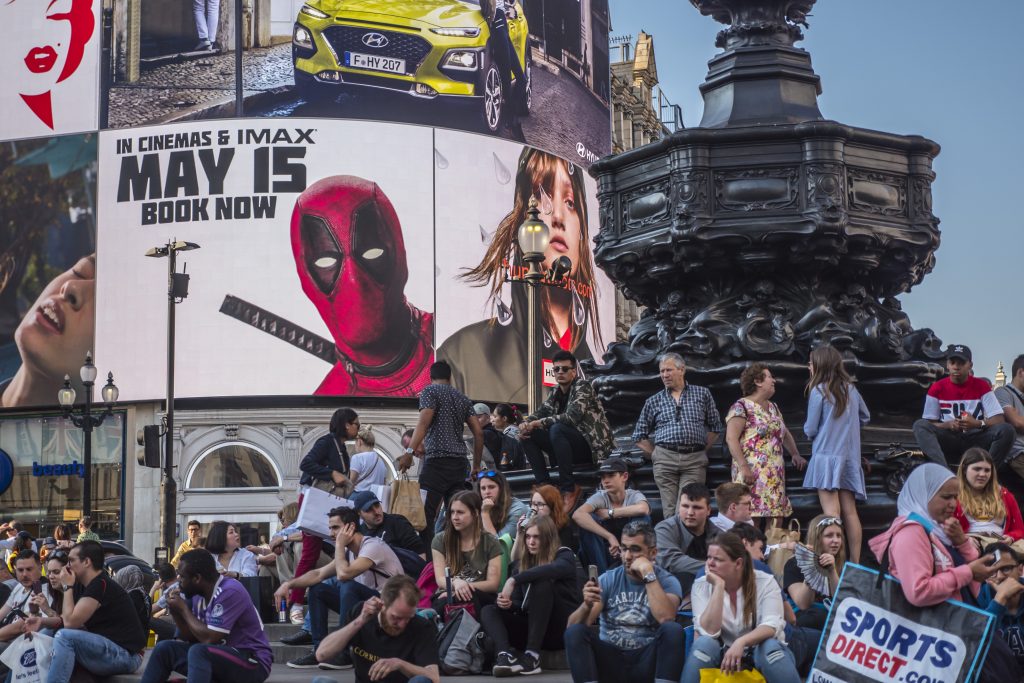 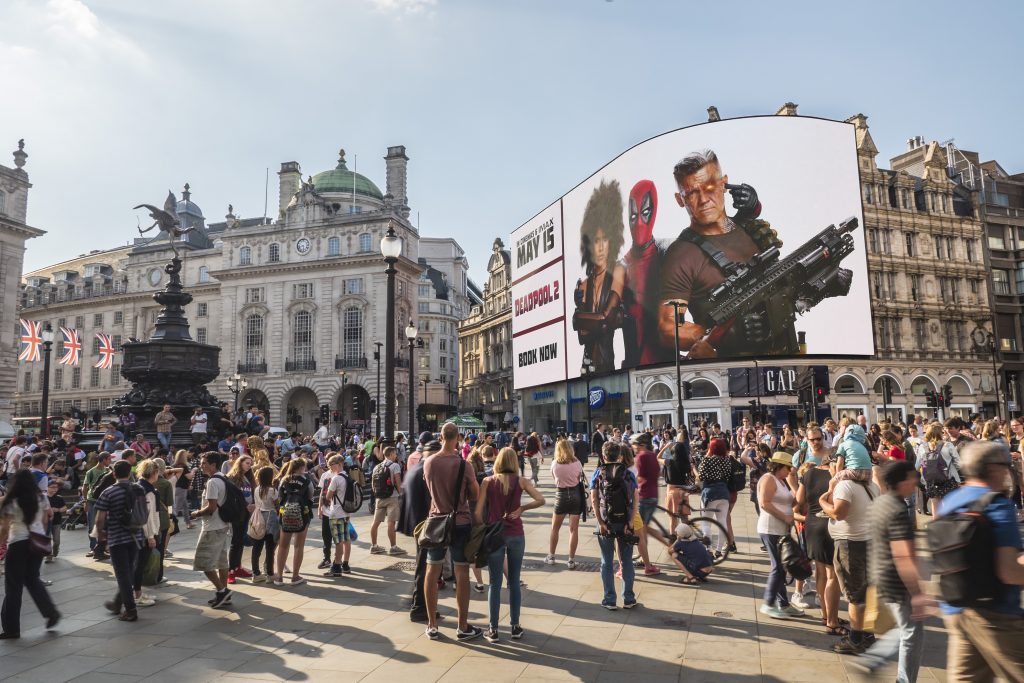 20th Century Fox have become the first movie brand to make the most of Piccadilly Lights’ full motion capabilities and their own impressive assets to promote the release of Deadpool 2, out in cinemas on May 15.

Planned through Rapport and Mindshare, 20th Century Fox have put the wisecracking antics of Ryan Reynolds’ titular character to good use, playfully using the mosaic and full screen features of Piccadilly to draw attention to the upcoming blockbuster, expected to gross $100 million over its opening weekend in the United States and Canada. Josh Brolin’s Cable and Zazie Beetz’s Domino are amongst the other characters appearing on-screen in the full motion footage.

Chris Green, marketing director at 20th Century Fox said ‘Here at Fox we aim to launch advertising campaigns that are impactful and do justice to the entertainment value of the movie we’re releasing. For a movie as iconic as Deadpool we wanted to showcase the action and the humour of the film making the full motion and iconic status of the new Piccadilly sign a perfect choice.’

Speaking of the release, Chris Standish, head of brand partnerships at Ocean said ‘Piccadilly Lights is a must-have for movie brands looking to create a buzz ahead of film releases; situated in the West End – at the heart of cinema land – and so close to Leicester Square.

‘100 million people pass by Piccadilly Lights every year, ensuring it’s indispensable for ambitious brands. Seeing 20th Century Fox make full use of the full motion – demonstrated to be 2.5x more effective than static – with their hilarious creative content is exactly what makes this such a compelling and enjoyable campaign.’