Leeds has undergone an ambitious and progressive transformation in the last decade. With a thriving economy and one of the UK’s top retail destinations, Leeds is now one of the most sought-after cities to live and do business.

With a large population catchment of 780,000 residents, Leeds covers a large area in Yorkshire and Humberside. Against the region, Leeds also over-indexes for the most affluent groups including Lavish Lifestyles, Executive Wealth and Career Climbers, with residents enjoying strong incomes.

Part of the Leeds City Region Business Network and a key driver in the Government’s Northern Powerhouse Project, the city enjoys a robust economy and attracts significant international business investment.

With its prosperous population, booming economy and one of the UK’s highest spending retail destinations, Leeds is the city of choice in the large Yorkshire and Humberside region.

Based in the picturesque Yorkshire countryside, Leeds offers the best of both worlds. A modern and inspiring place to live, work and settle down, Leeds enjoys a rich cultural heritage, beautiful rural areas and contemporary urban pursuits. 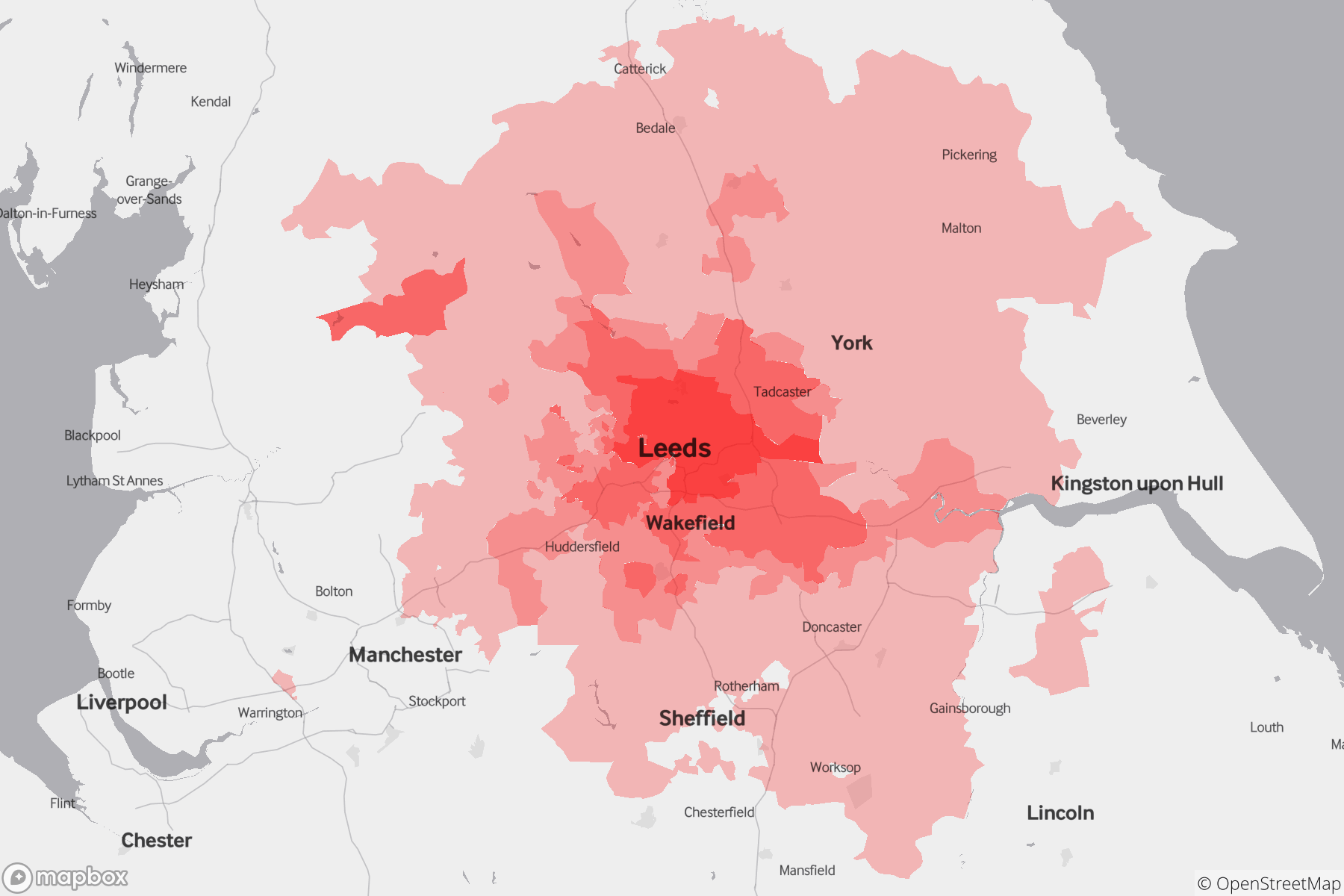 Leeds has a very large catchment area, covering the majority of the Yorkshire and Humber region, including towns such as Bradford, Wakefield and York. Within its catchment, Leeds is easily the most dominant retail centre, taking the largest market share of all spend available.

Data: © CACI Limited 1984 – 2019 and all other applicable third party notices (Retail Dimensions: Retail Footprint) can be found at: www.caci.co.uk/copyrightnotices.pdf

With the highest ratio of private to public sector jobs of all major UK cities and a thriving economy worth £18bn, businesses are queuing up to invest.

Ocean is the facilitator of digital connectivity in the OOH world, with hundreds of prestigious locations and iconic screens across the UK. We are the leading providers of large format OOH and DOOH advertising nationwide and only Ocean can provide brands with a UK-wide outdoor digital presence.

Our full portfolio of Large Format Digital locations in the city, ordered alphabetically.

Back to Ocean Cities