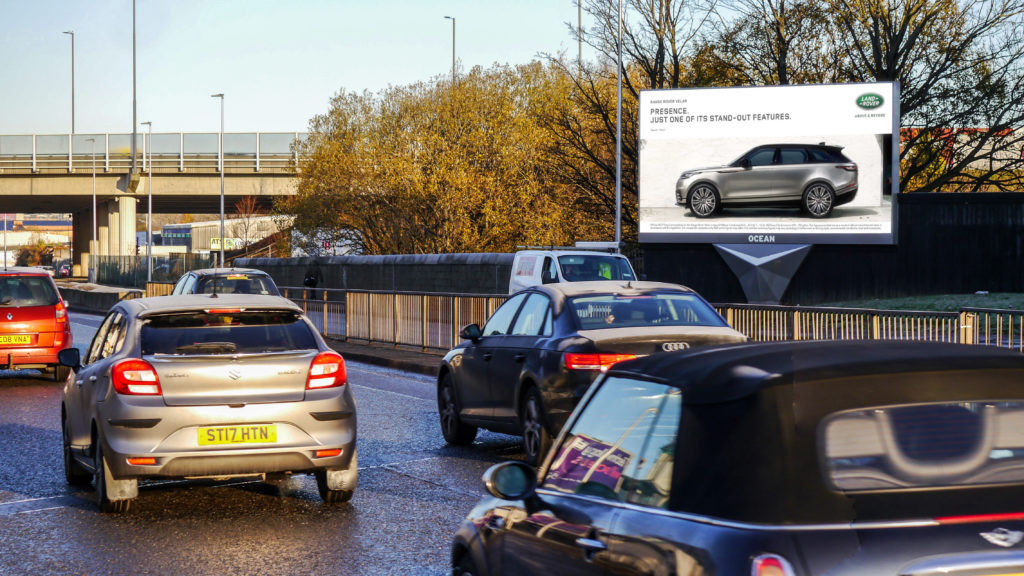 Jaguar Land Rover is the launch partner with a campaign breaking across 13 of the screens in four cities (Birmingham, Edinburgh, Glasgow and Manchester) from Monday, March 9. The new campaign promotes the Range Rover Velar.

So far the network includes six screens in Glasgow, one in Edinburgh, four in Birmingham and three in Manchester, with more screens to follow.

Ocean has developed the XL Network based on insights from its neuroscience research studies. These correlate impactful creative advertising on large format DOOH screens with long term memory encoding and subsequent purchase behaviour.

Powered by Ocean’s live delivery platform, the XL Network is a flexible, data driven channel which draws on live weather, temperature and traffic information to trigger environmental and contextual content.

Advertisers can also deploy Ocean’s proprietary vehicle detection technology (VDT) to activate content tailored to the specific make and model of the car for optimised and more targeted messaging.

Ocean joint managing director Phil Hall said: “Most people living outside of London commute by car and with the number of journeys they make growing year on year, premium inventory on key routes in these five cities becomes even more relevant.