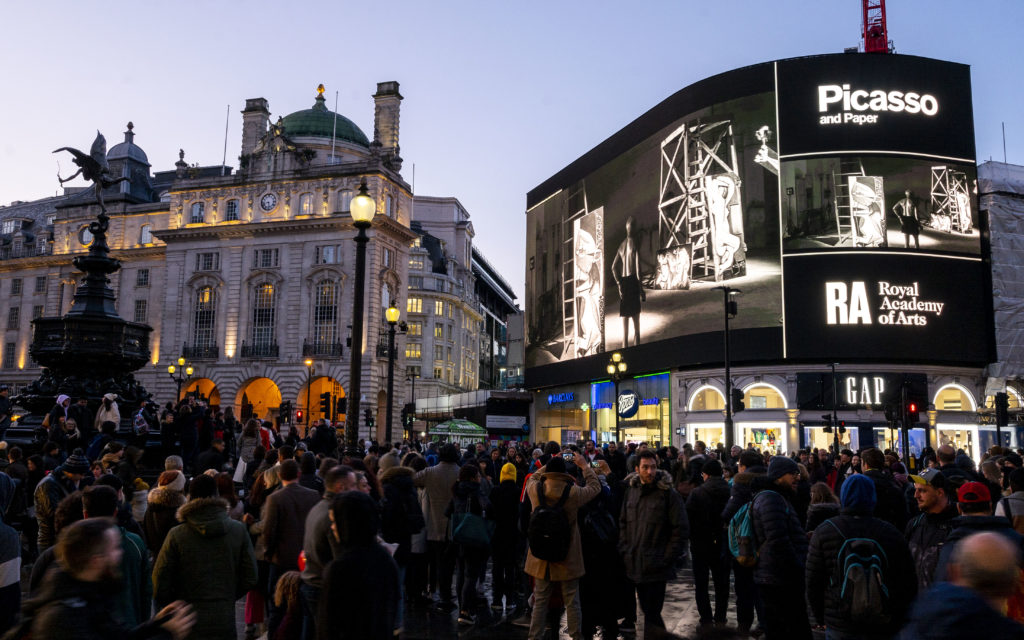 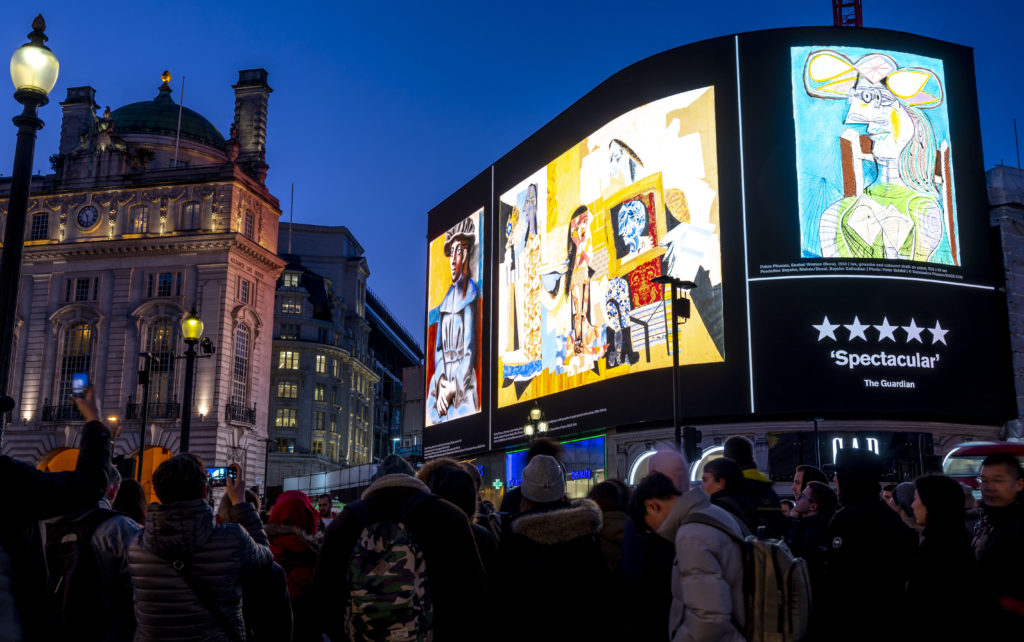 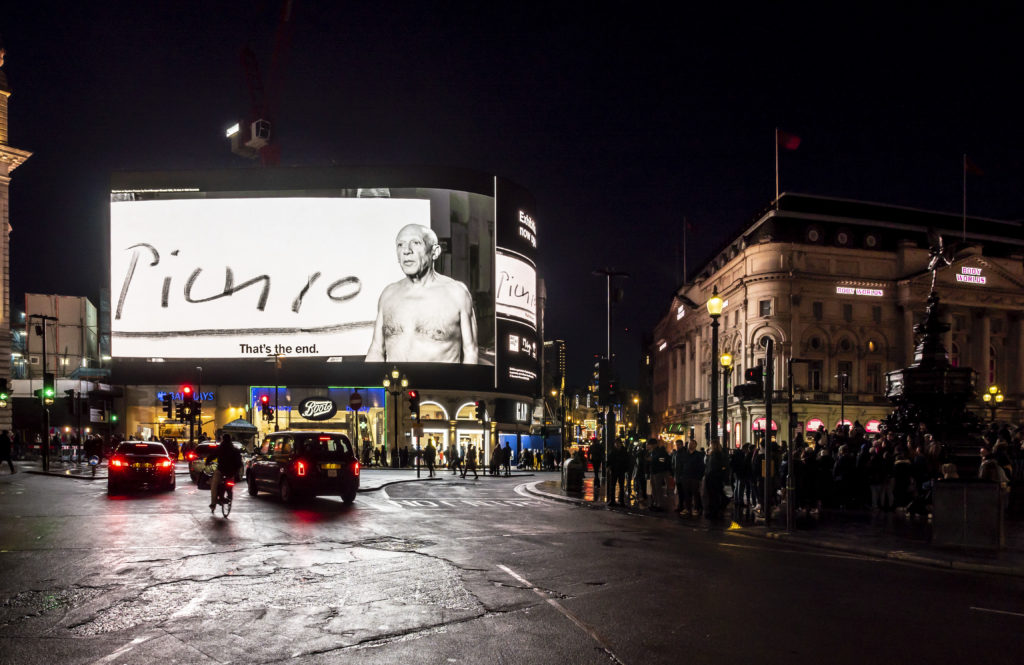 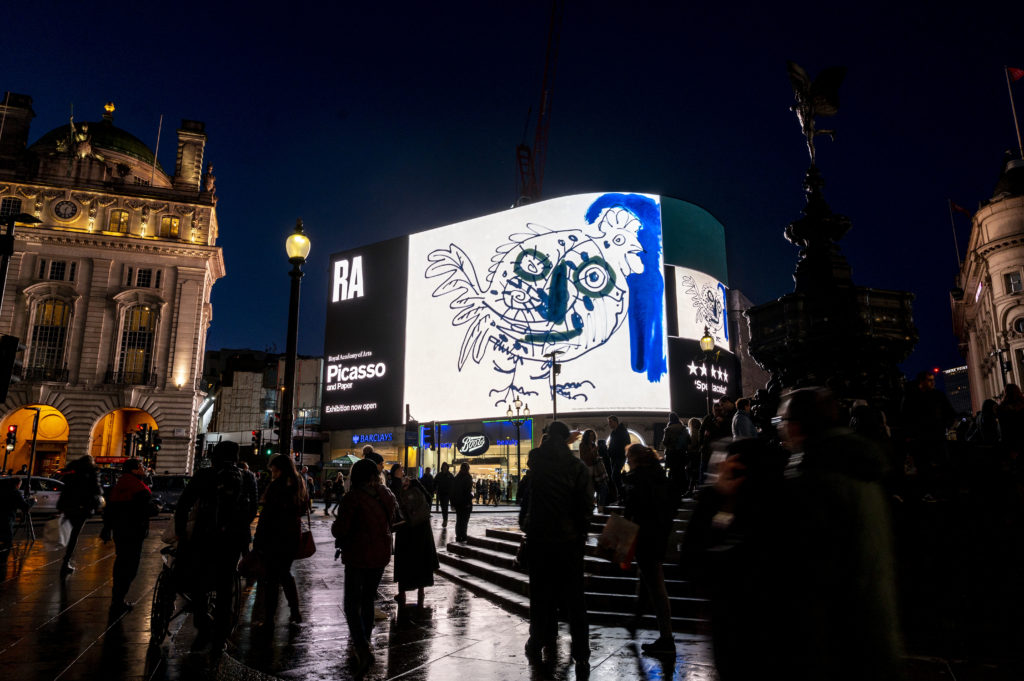 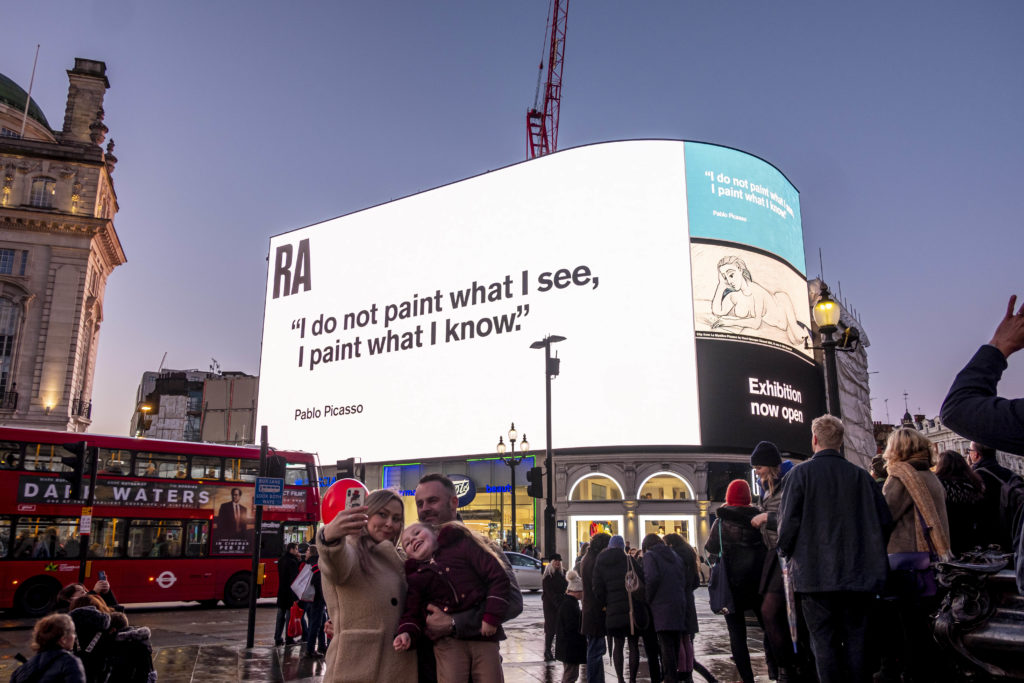 Forty-seven years after his death, remarkable documentary footage of the celebrated artist Pablo Picasso at work in his studio was broadcast on Landsec’s Piccadilly Lights in London.

Le Mystère Picasso was originally filmed in 1956 by the French director Henri-Georges Clouzot. It received a cinematic release in France on May 18 1956 and went on to win the Special Jury Prize at the Cannes Film Festival in the same year.

This is the first time footage from the film has been shown on a digital out-of-home screen. For 30 minutes at the start of Thursday evening’s rush-hour, an excerpt dominated the iconic Piccadilly Circus screen, bringing Picasso’s creative spirit to life.

Landsec’s commercial media manager Derek Manns said: “It’s a privilege to be able to broadcast this exclusive film featuring one of the world’s most influential artists. The Piccadilly Lights is at the centre of culture in the capital and this was a great experience for Londoners to enjoy.”

Henri-Georges Clouzot filmed the drawings as they appeared clearly on the reverse side of the paper. The lines and shapes that Picasso conjures appear as if by magic. One of the most fascinating aspects of watching Picasso in the process of drawing is the speed with which he constantly transforms an image – a bunch of flowers turns into a fish and then morphs into a chicken, before taking on its final form as the head of a faun.

Many of the drawings and paintings were subsequently destroyed which means they exist only on film, although two of those that did survive have been specially restored for an exhibition and are on view at the Royal Academy of Arts.

Picasso and Paper is at the Royal Academy of Arts from January 25 – April 13 2020. For more information please visit www.royalacademy.org.uk

The Piccadilly Lights are operated by Ocean.

©1956 Gaumont
Creative Direction: Royal Academy of Arts, Chocolate Films Film with the support of the Veronica and Lars Bane Foundation