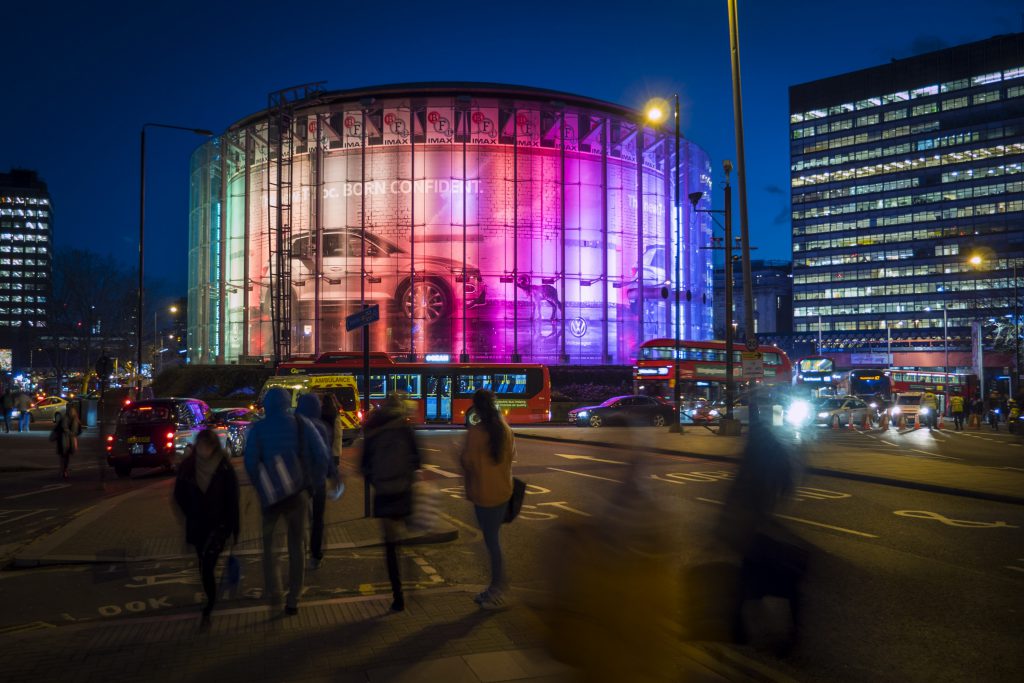 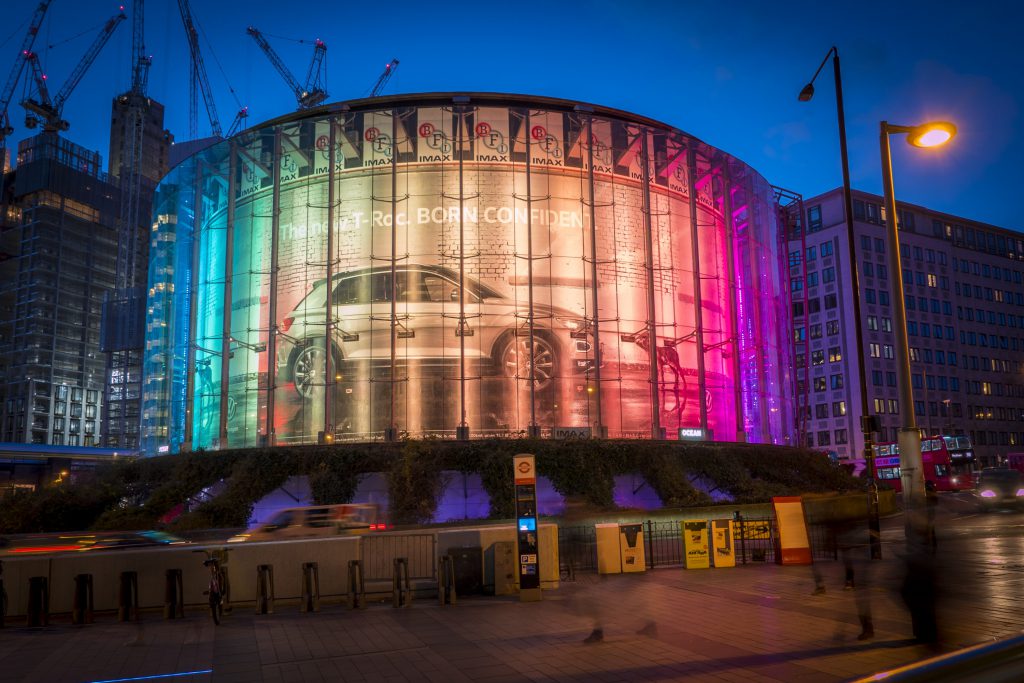 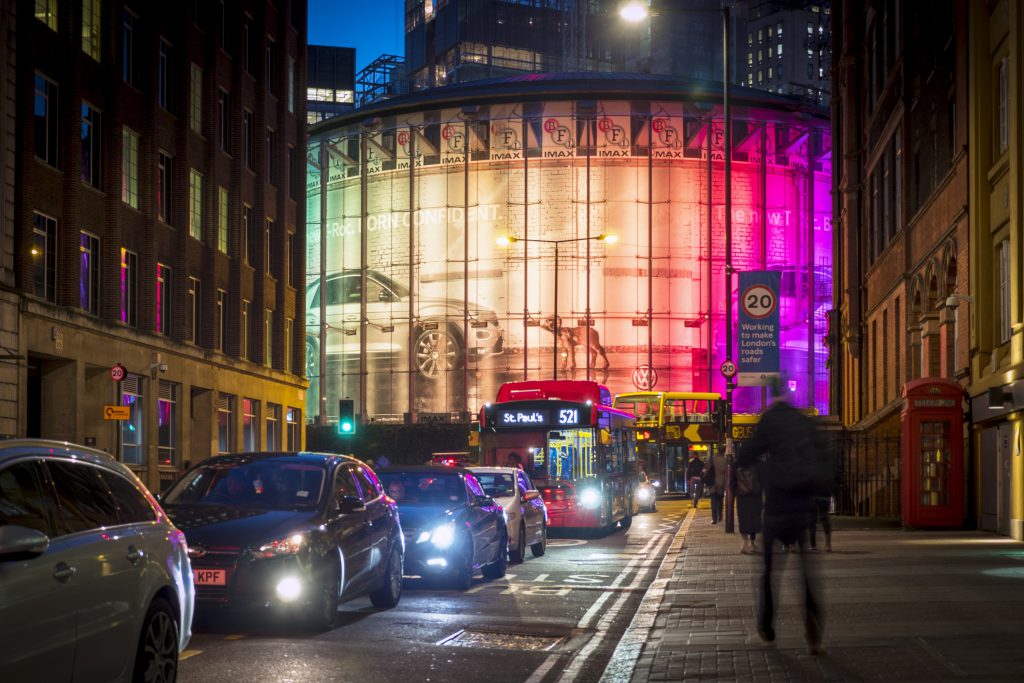 The IMAX will turn different colours of the rainbow from sunset until late evening.  The lighting show runs for two minutes every 15 minute intervals for two evenings until January 21.

Creative is by Adam & Eve DDB, with planning by Talon and PHD. Volkswagen has a two week occupancy on the IMAX.

Several landmarks across central London are supporting Lumiere London 2018. Installations feature in King’s Cross and Leicester Square as well as on the Southbank.

Volkswagen communications manager Kate Bush said: “The IMAX allows us to showcase the unique design and head turning attributes of the new T-Roc on a clever canvas that reflects both of those qualities to superb effect.”

Ocean’s creative DOOH canvas which surrounds the IMAX is one of Europe’s biggest out of home advertising banner, measuring a colossal 1,734m².

Edison aligns emerging technology with the latest in LED lighting and software management, brought together to facilitate a step-change in creativity for brands in a high impact media environment.  The technology deployed is designed to reduce light emissions by 70 per cent.

For an in-depth look at the Edison technology, check out our blog.