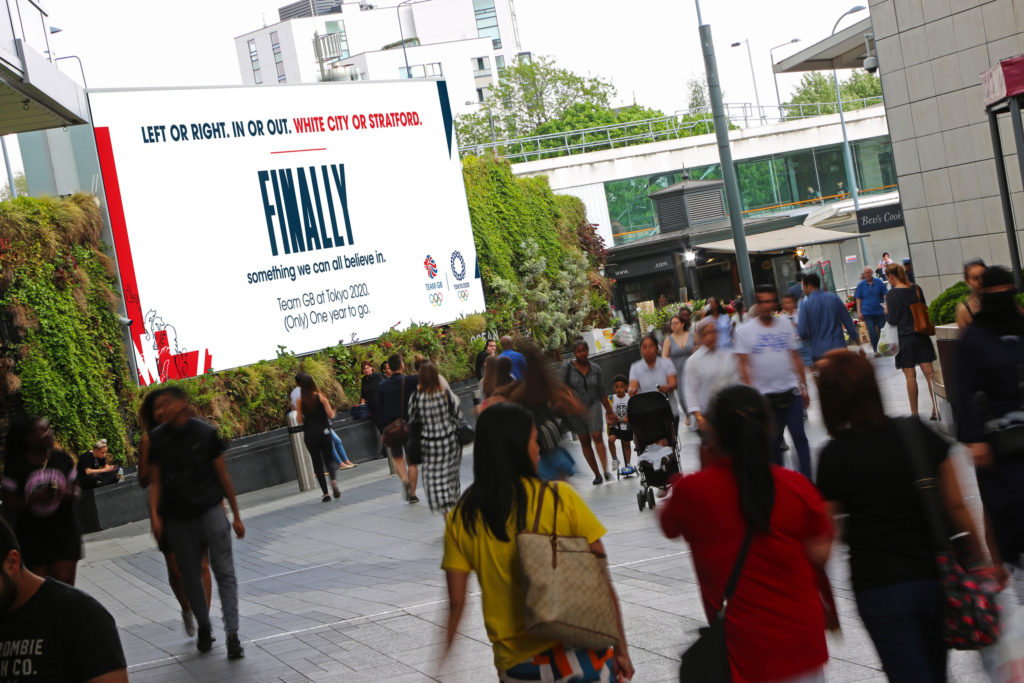 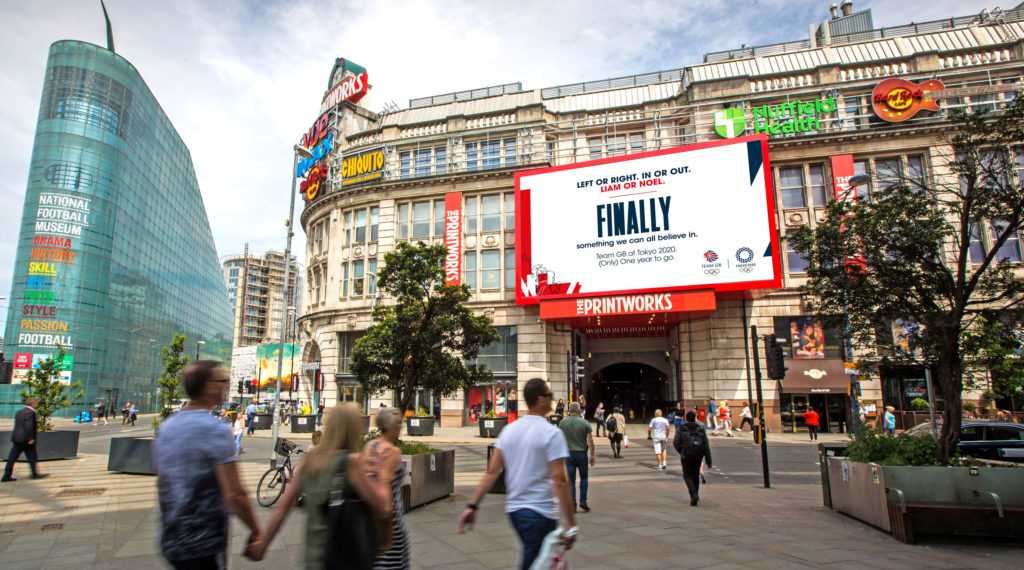 As Britain’s historic summer of sport brings the nation together, Team GB evokes the Olympic spirit with the launch of its one-year countdown to Tokyo 2020 across Ocean’s digital screens.

Team GB’s “Only One Year To Go” campaign breaks on July 24 across 20 digital roadside and city centre screens in nine cities to mark 365 days to the opening of the summer Olympic Games in Japan next year.

The campaign supports Only One Year to Go celebrations planned for Team GB in Manchester and at Westfield London.  There, under the backdrop of Ocean’s Eat Street screen, shoppers will be able to pick up a copy of Team GB’s Only One Year to Go manifesto, encouraging the nation to come together to support the team.

Team GB has an exclusive out-of-home content partnership with Ocean, offering sponsors and brands an enhanced, high impact and content rich advertising environment to celebrate milestone moments in the run-up to and during the Summer Olympics in 2020.

As Team GB’s official media partner, Ocean will be a key content channel during Tokyo 2020, showcasing incredible moments and bringing fans on the streets of Britain closer to the action.

Ocean head of content and sponsorship Kevin Henry said: “Following a brilliant few weeks for Britain’s sportswomen and men, the baton is passed to Team GB which begins the countdown to Tokyo 2020 to inspire support and momentum. It’s superbly timed to build on the spirit of unity and national pride created by our footballers, cricketers and motor-racing champion Lewis Hamilton.

“Using our portfolio of large format screens as a content rich broadcast channel will prime all the other marketing activity Team GB has planned across its social channels. It is also a wonderful advert for sport, making it accessible, inclusive and hopefully helping to inspire a new generation of competitors and more active people.”

British Olympic Association commercial director Tim Ellerton said: “In a year’s time, the eyes of the world will be on Tokyo and Ocean remains a core part of our marketing strategy in the countdown to 2020. Having Ocean as an official media partner gives us a strong national presence and is a huge boost to Team GB and our commercial partners as we look to reignite the nation’s support.”