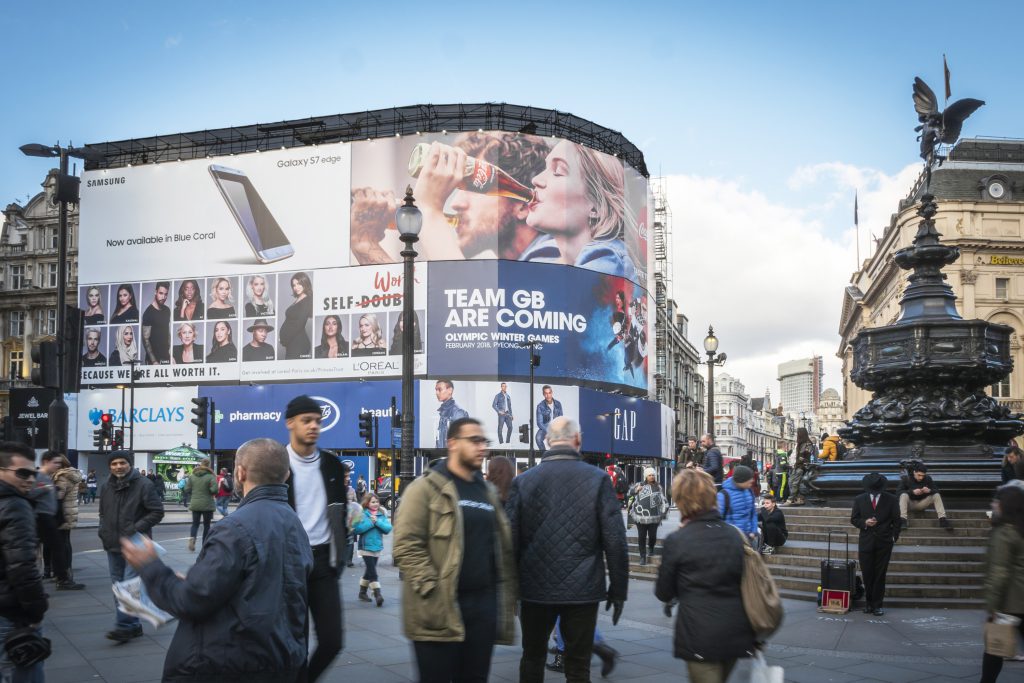 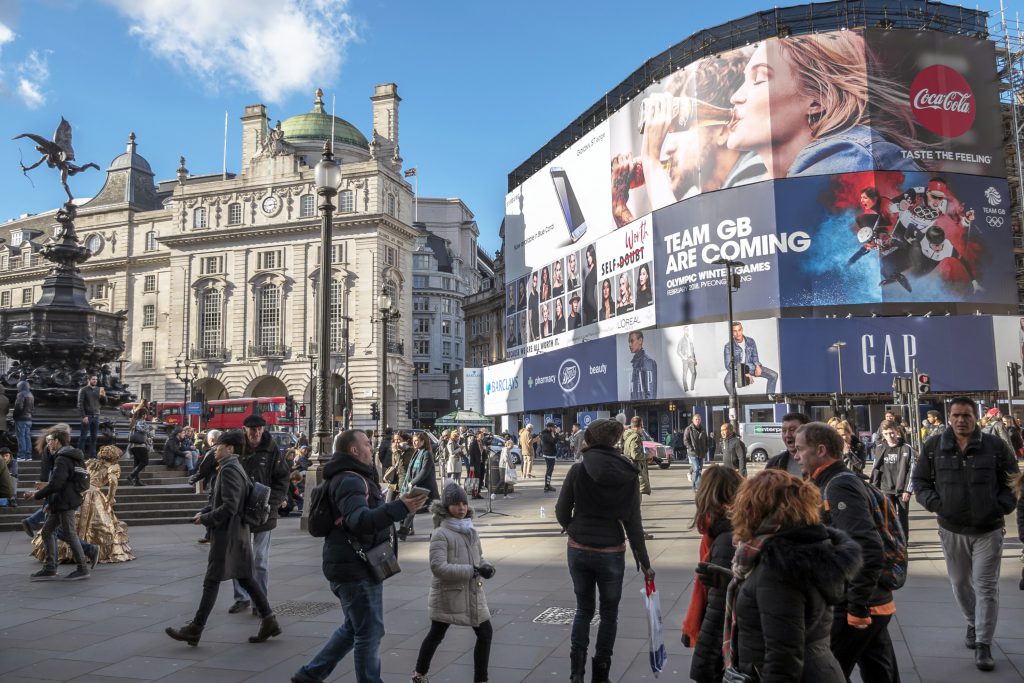 Coca-Cola, Samsung and L’Oréal are the global launch partners for a new illuminated banner covering the world famous Piccadilly Lights. The iconic advertising location, which is managed by Ocean Outdoor on behalf of Land Securities, is undergoing a 10 month digital transformation.

Samsung and Coca-Cola are already long term advertisers on the Piccadilly Circus site and both have confirmed their presence when the new Lights are switched on later this year.

They are joined on the colossal banner by L’Oreal which has taken space directly above one of the busiest branches of Boots. L’Oreal’s campaign was planned through Maxus and Kinetic.

The British Olympic Association with Team GB also marks the count down to the team’s participation in the 2018 Winter Olympic Games in Korea one year from now.

Work commenced on an upgrade of Piccadilly Lights in January when the screens were temporarily switched off for the first time since the Blitz.

The current patchwork of screens is being replaced with a single state-of-the-art LED digital screen and supporting live technology hub. The 4K 790 square metre screen, which will be the largest of its kind in Europe, will combine total screen takeovers by brands and divide into six full and subtle motion segments, preserving the Lights’ famous mosaic appearance.

The new Piccadilly Lights are scheduled to relaunch in autumn 2017.