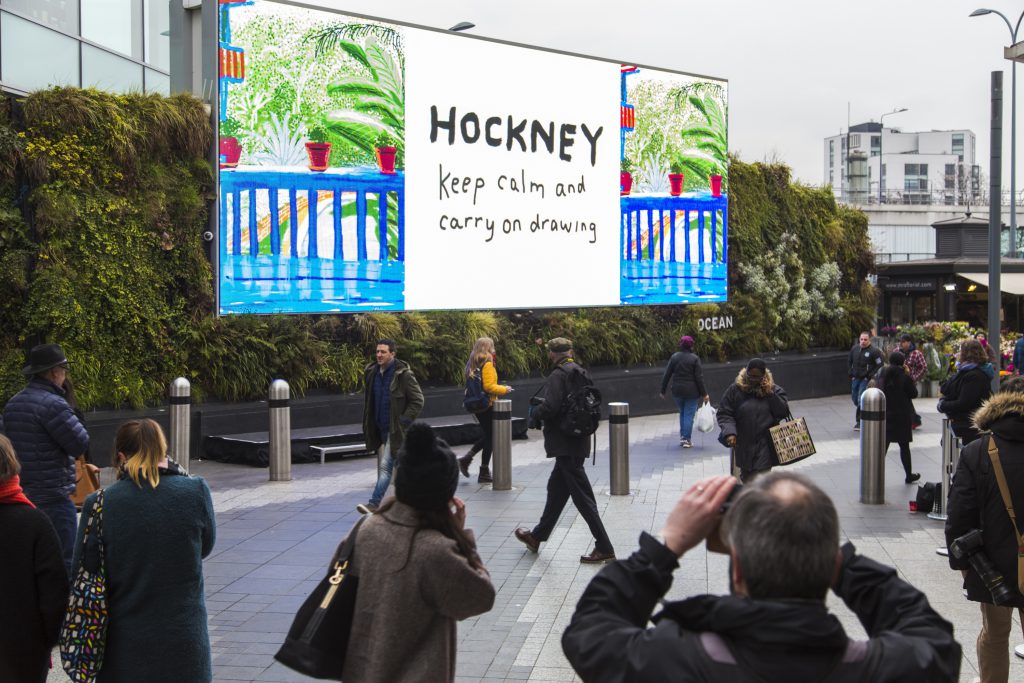 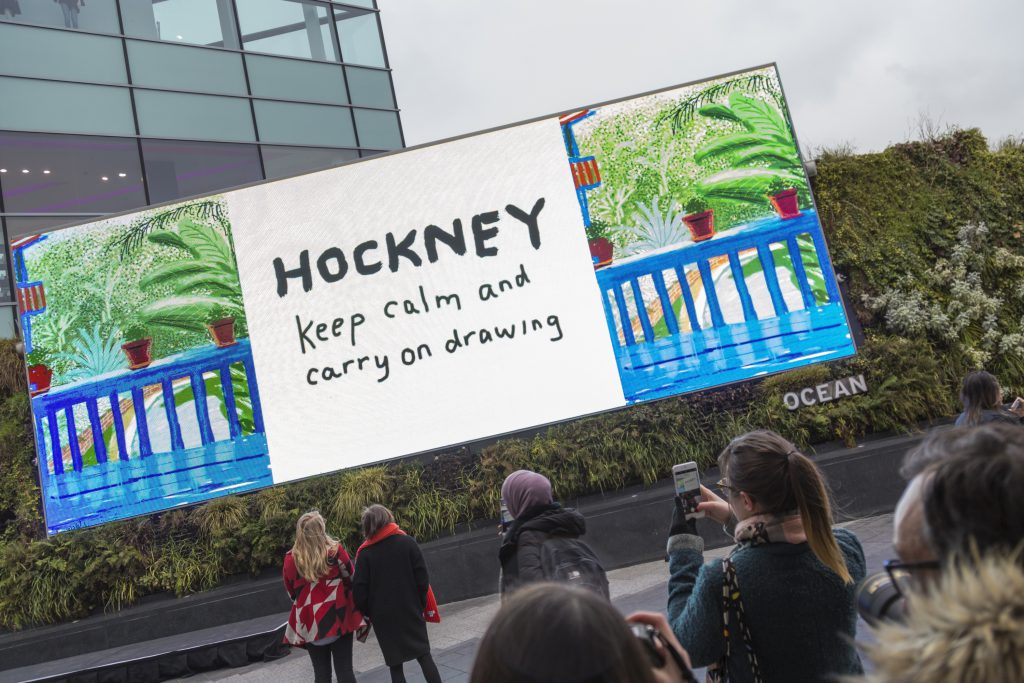 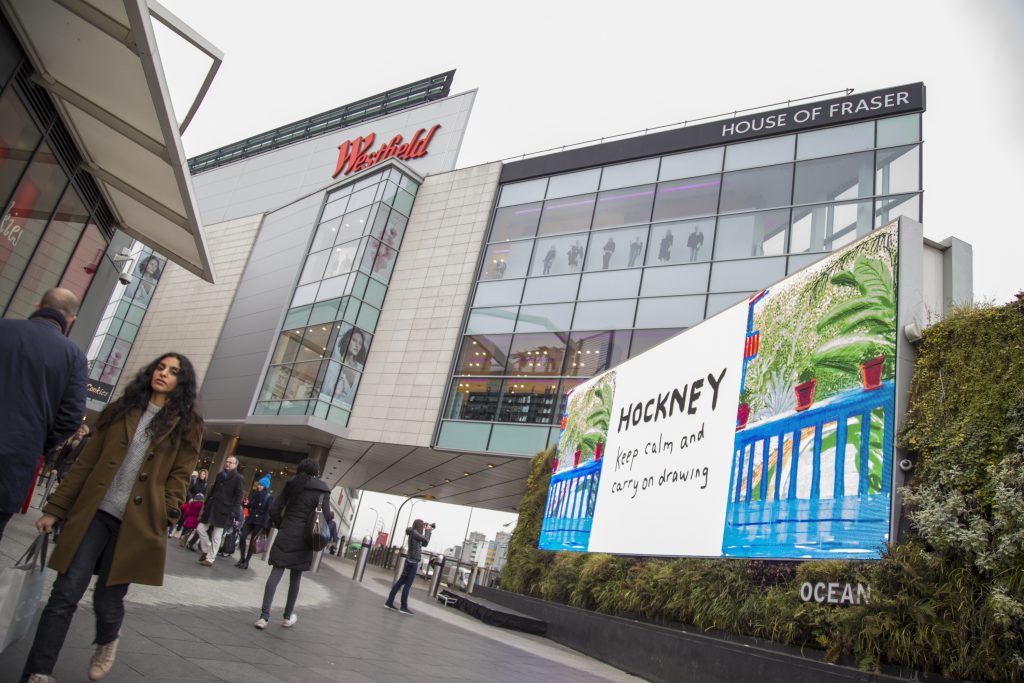 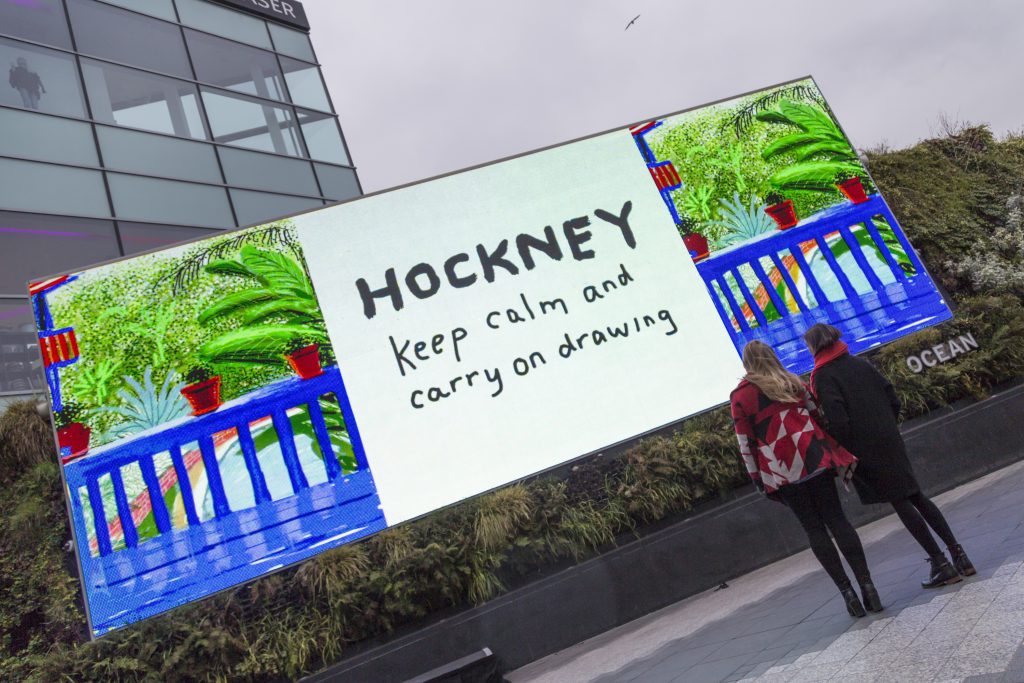 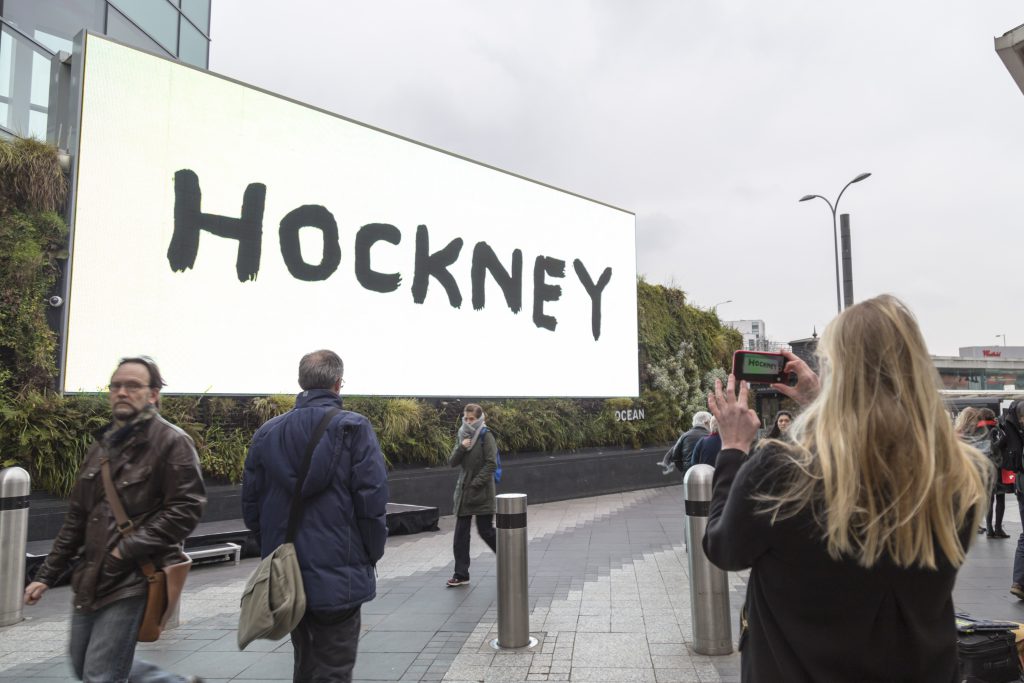 In a digital out of home first, Ocean Outdoor and Posterscope are collaborating with Tate to broadcast artist David Hockney’s iPad paintings across city and roadside out of home screens in seven UK cities.

For seven days from Thursday, February 9 up to 20 million people across the UK will see animated clips of Hockney’s brushstrokes, building to reveal a painting in the artist’s inimitable style.

The work – Untitled, 382 – depicts Hockney’s garden in Los Angeles and this will be its European premiere.

The campaign coincides with the public opening of the Tate Britain exhibition David Hockney on Thursday, February 9. Ocean will broadcast the creative clip across Signature’s The Loop in Manchester and Birmingham, The Grid city network and Ocean’s roadside Collections. The biggest canvas of all will be the Birmingham Media Eyes. The other cities are London, Edinburgh, Glasgow, Leeds and Newcastle.

Hockney has written a call-to-action that will appear at the end of the clip: Keep Calm and Carry On Drawing.

Hockney wholeheartedly embraces new technology and has painted with iPads since 2010. These works will be the focus of the final room of David Hockney – the most extensive retrospective of Hockney to date.

David Hockney said: “It is a very exciting moment to see this painting of my garden revealed for the first time in Europe, and on its biggest ever canvas. When I created this work I always imagined it would look rather good on a large scale, and I’m delighted that people from across the UK will see this picture come to life. I encourage everyone to keep calm and carry on drawing – and to come see my show at Tate Britain.”

Ocean Group marketing director Richard Malton said: “Being invited to premiere a work which David Hockney has generated in a digital format has to be the purest form of content. This is a highly anticipated retrospective and the fact that we can share it across the UK with 20 million people is an incredible honour.”

Posterscope UK managing director Glen Wilson added: “As an organisation that embodies creativity and innovation, Tate Britain was looking for a unique way to premiere David Hockney’s amazing digital work and its new Hockney exhibition.  This campaign takes advantage of the high impact, real-time, broadcast attributes of digital out of home and we are excited to be part of this DOOH media first.”

Alex Farquharson, director of Tate Britain, said: “We are so pleased to share the brilliant artistry of David Hockney with the country in such an impactful, innovative way. It will be fantastic to see the painting build on these huge screens. I am sure the size will amplify the nuances of Hockney’s working process. I hope that people will be inspired to try new ways of drawing and to visit the exhibition at Tate Britain to see 60 years of Hockney’s creativity first hand.”