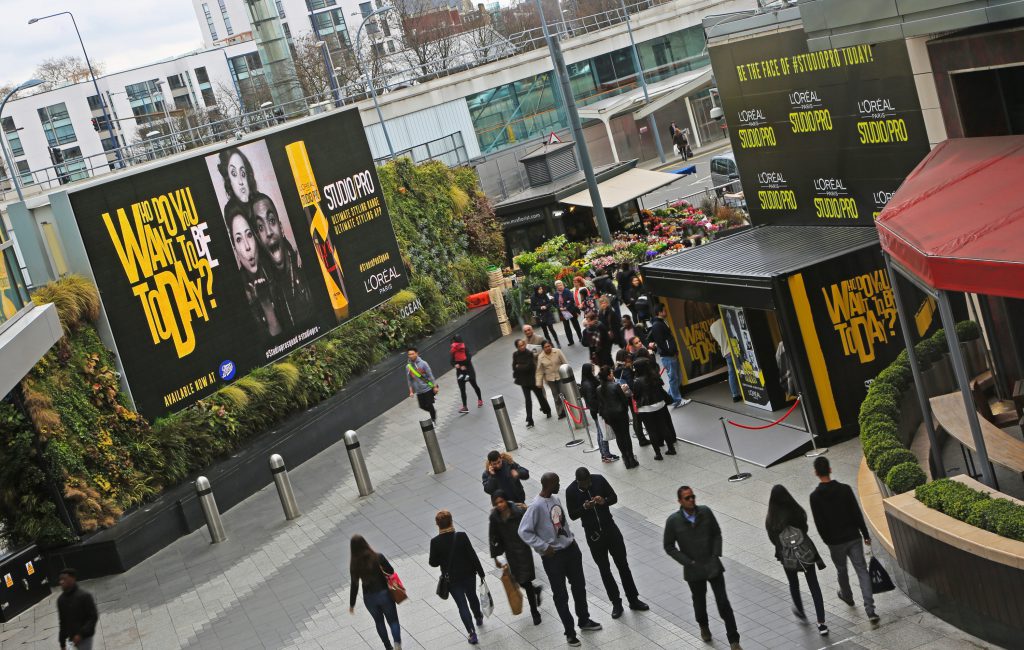 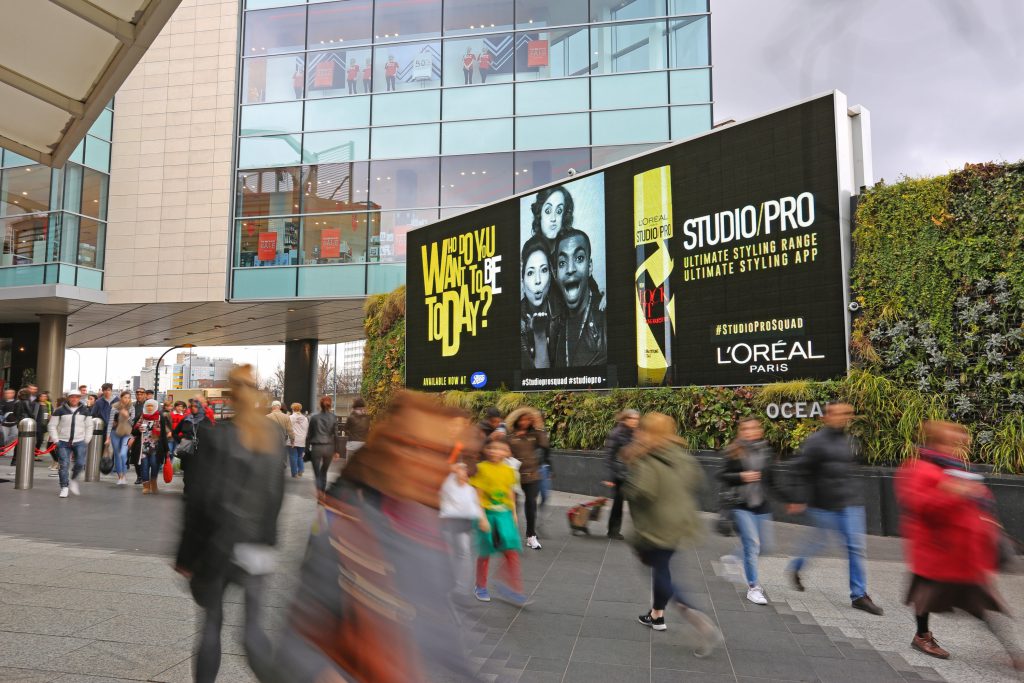 L’Oréal Paris has launched an exclusive digital out of home and experiential campaign at Westfield London to support the launch of its Studio Pro hair styling range.

The campaign, which runs until April 10th on Ocean’s Eat Street screen at Westfield London, was created by Rare Breed with planning through Maxus London and Kinetic.

The campaign encourages millennials to try standout hairstyles with the aid of Studio Pro styling products. Following a complimentary styling session, consumers are invited to an interactive photobooth where they can snap their new look and share it on various social channels. Their image is then broadcast on Ocean’s large format Eat Street screen, making them the face of Studio Pro. Following this high value experience consumers are driven to Boots to purchase the product on a 3 for 2 offer.

Virginia Gelardin, Senior Brand Manager, L’Oreal Paris said:  “Collaborating with Rare Breed, Maxus London and Ocean has brought this launch to life in a unique and digitally disruptive way, bringing the consumer to the forefront of the campaign.”

The activation forms part of the “Who do you want to be today?” campaign to launch the new styling range, including a Studio Pro mobile app where users can try new looks using their mobile camera. The app and campaign website include multiple video tutorials to help consumers recreate these looks at home.

“This is one of the most engaging and eye catching activations we’ve delivered using the combined broadcast, wifi and experiential capability of Eat Street, using our high speed network to synchronise the screen with the experiential photobooth,” said Ocean account manager Ed Lumley.

The Studio Pro styling range includes hair sprays, mousses and cream to curve, lock, boost or sleek your hair. Visit http://www.loreal-paris.co.uk/hair-styling/studio-pro or download the app by searching for “StudioPro” in your app store.