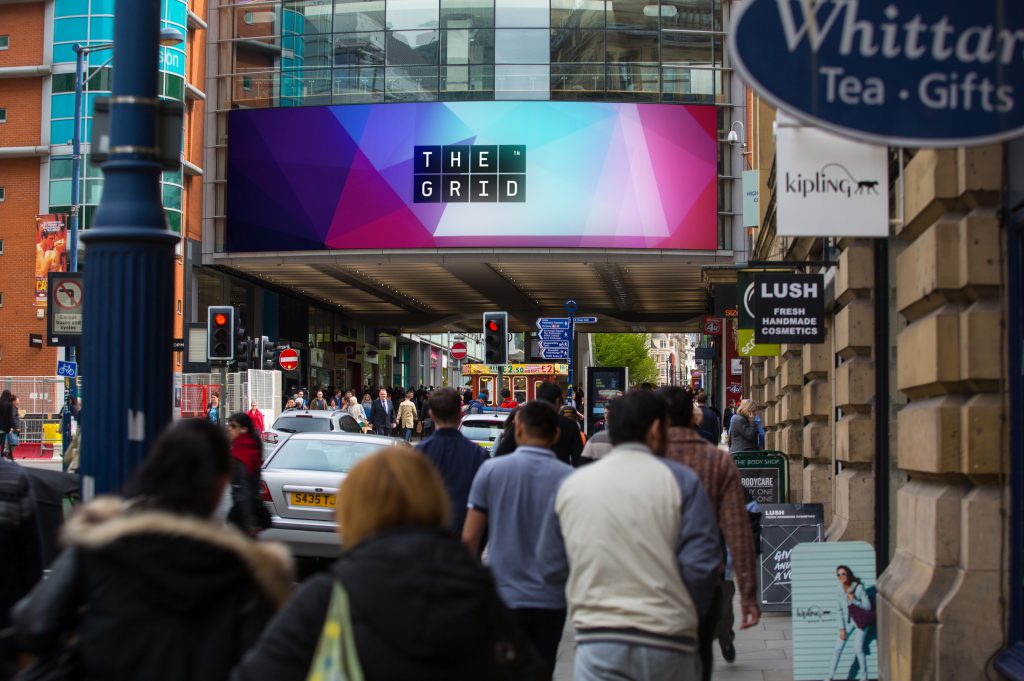 Digital out of home media owner Ocean has doubled the size of its full motion city centre screen portfolio to reach 15 million people across seven of the biggest British cities.

Originally launched in September 2013 with 7 screens in 6 cities, The Grid is at the forefront of emerging technological DOOH capability. The British Fashion Council, Twitter and Topshop and Hunter are among the leaders running interactive, live campaigns that show how to utilise digital out of home’s unique capabilities well.

Since its launch, more than 180 brands have appeared on The Grid, leveraging its mass audience of ABC1 shoppers at the heart of major retail districts and transport destinations.

“Technology continues to change the way people feel, think and interact with each other. The Grid is the real time gateway to mobile consumers because it integrates the latest in digital technology with unique out of home locations to deliver a lasting and evidently emotional connection between brands and people.”

The Grid can be bought flexibly to suit any brief; by the hour, commuter or retail slot, day or campaign period.