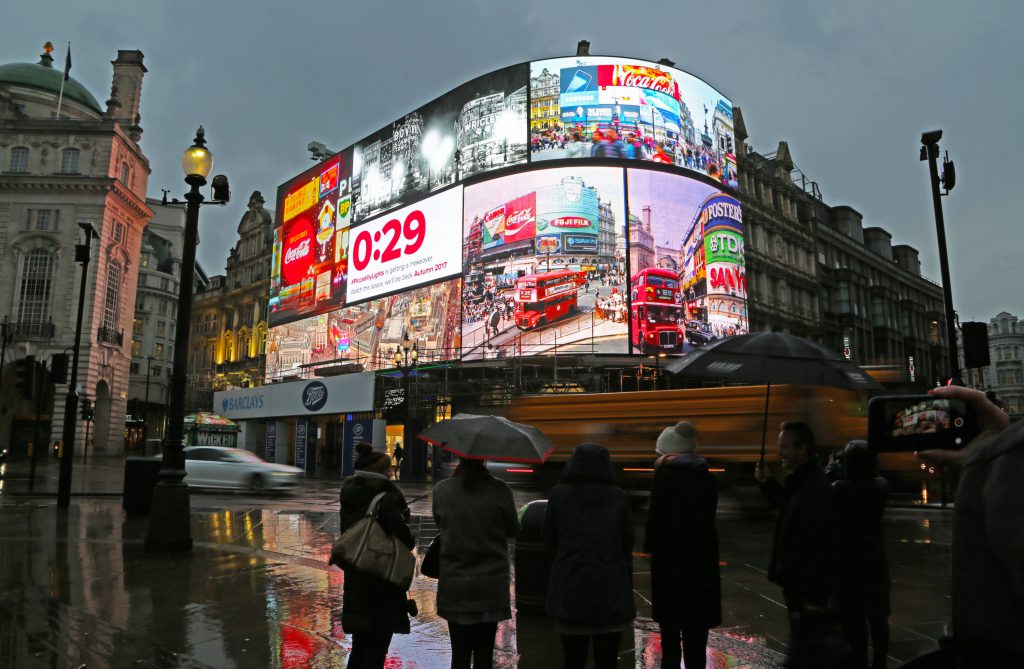 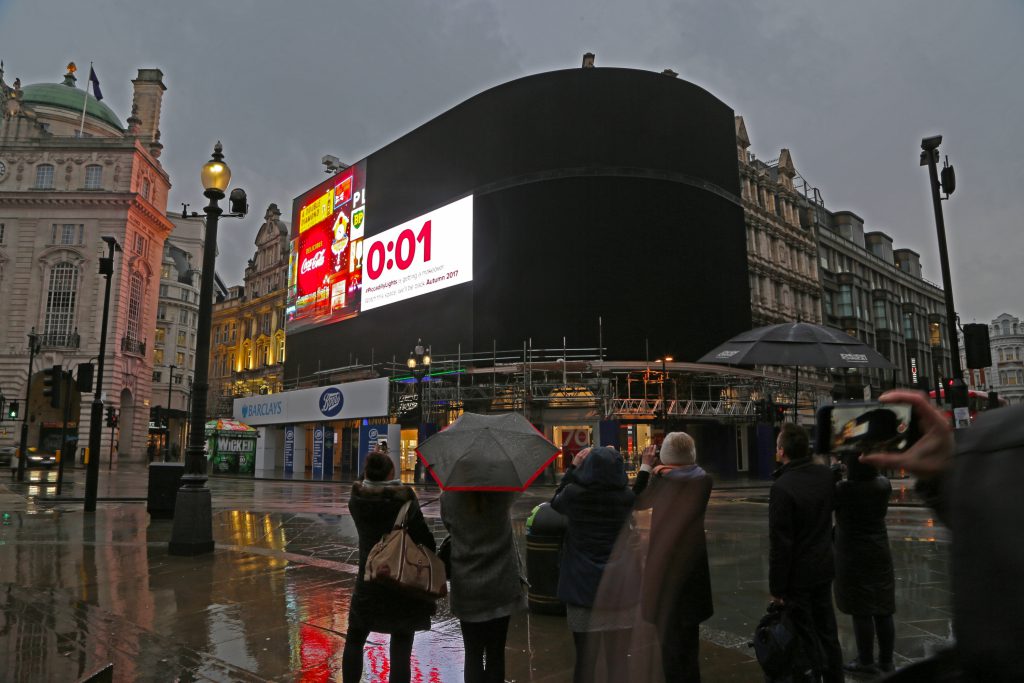 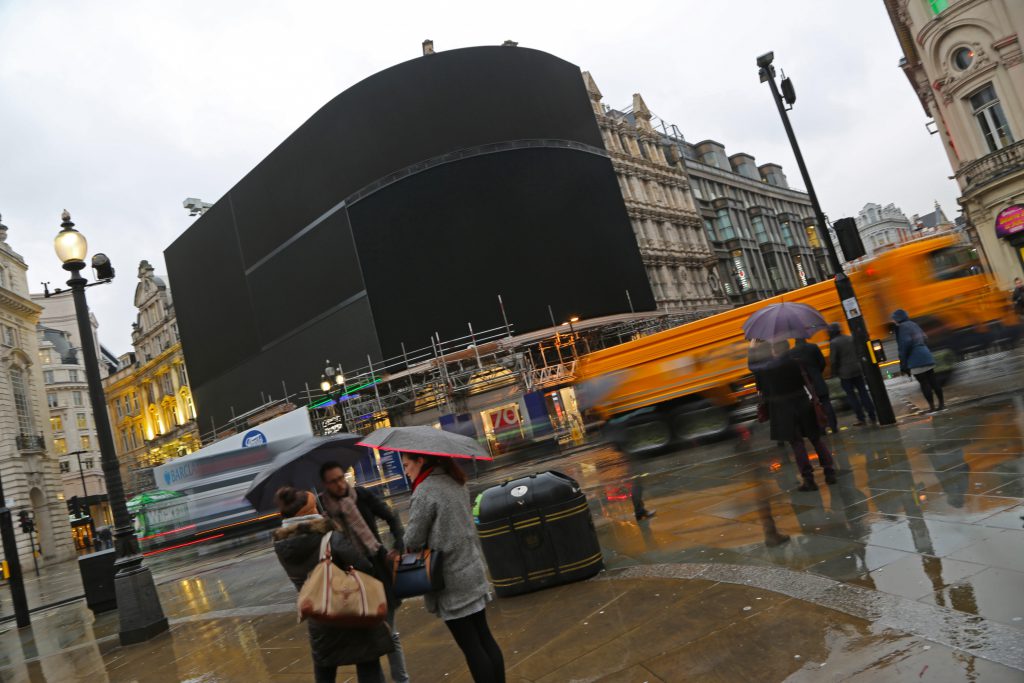 The world famous Piccadilly Lights  switched off today (16th January 2017) as works began on the major redevelopment of the iconic landmark and globally-recognised advertising space.

A state-of-the-art new screen will be unveiled in autumn 2017, with a static advertising banner set to cover the space until then.

The Lights have rarely been switched off, with notable exceptions including the duration of the Second World War, Winston Churchill’s funeral in 1965 and Princess Diana’s funeral in 1997. This significant moment was marked by a montage of historic footage of the Lights followed by a short countdown, before the six separate advertising screens were turned off for the final time.

The current screens are being replaced with a single screen of the same size and shape which will be one of the highest resolution LED displays of its size in the world. Six advertisers will share the fully responsive and interactive new screen, taking advantage of its capacity for live video streaming, live updates such as weather and sports results and real time social media feeds.

Advertisers Coca-Cola and Samsung have renewed their long-standing commitments, leaving four more brands the chance to secure a coveted spot.

Land Securities, the UK’s largest property company and owner of the unique West End site, has worked with Ocean to secure permission from Westminster City Council to undertake the major upgrade.

Ocean CEO Tim Bleakley said: “For the first time, the Lights are witnessing their very own commercial ad break. Needless to say, we are totally committed to working with all the partners on this milestone project to maintain the iconic status of this prestigious landmark. I personally can’t wait for the switch on date later this year.”

For more information on the redevelopment of Piccadilly Lights visit www.oceanoutdoor.com/piccadilly