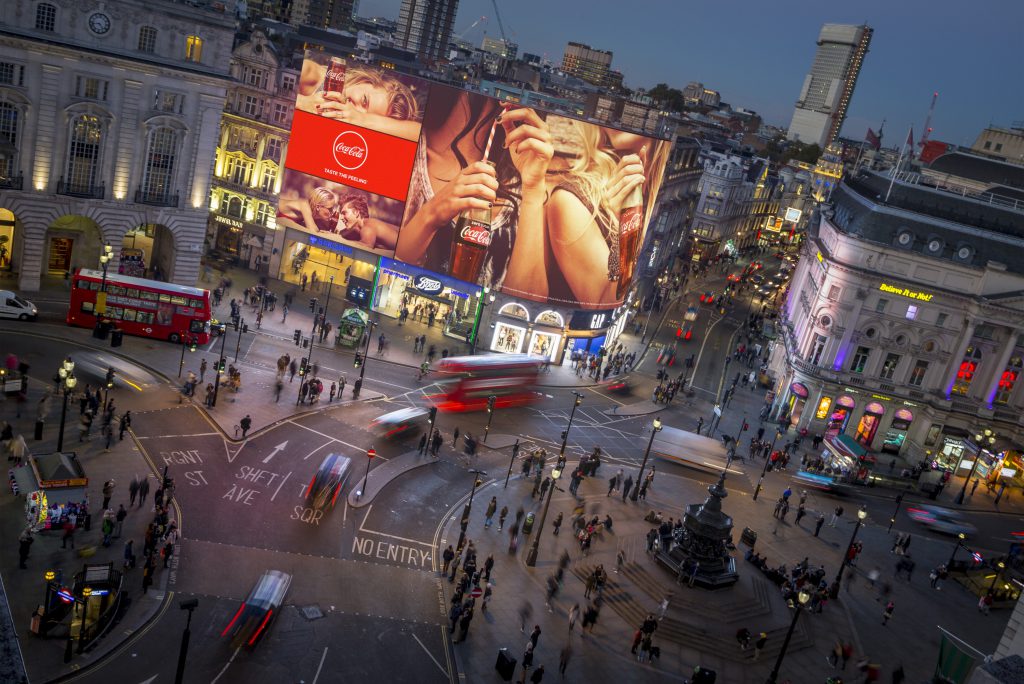 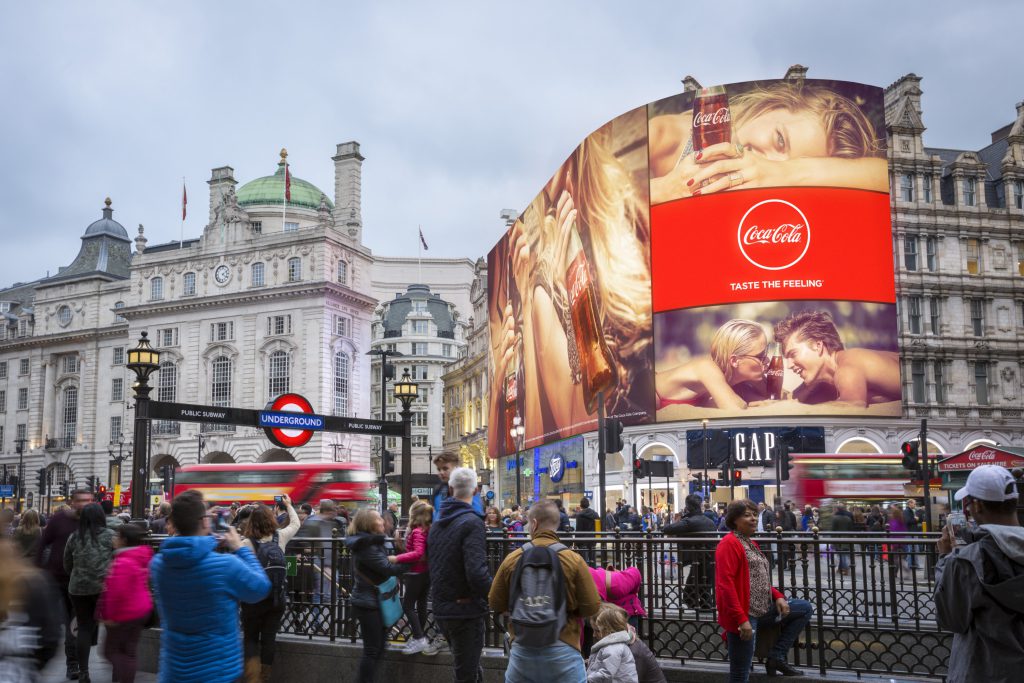 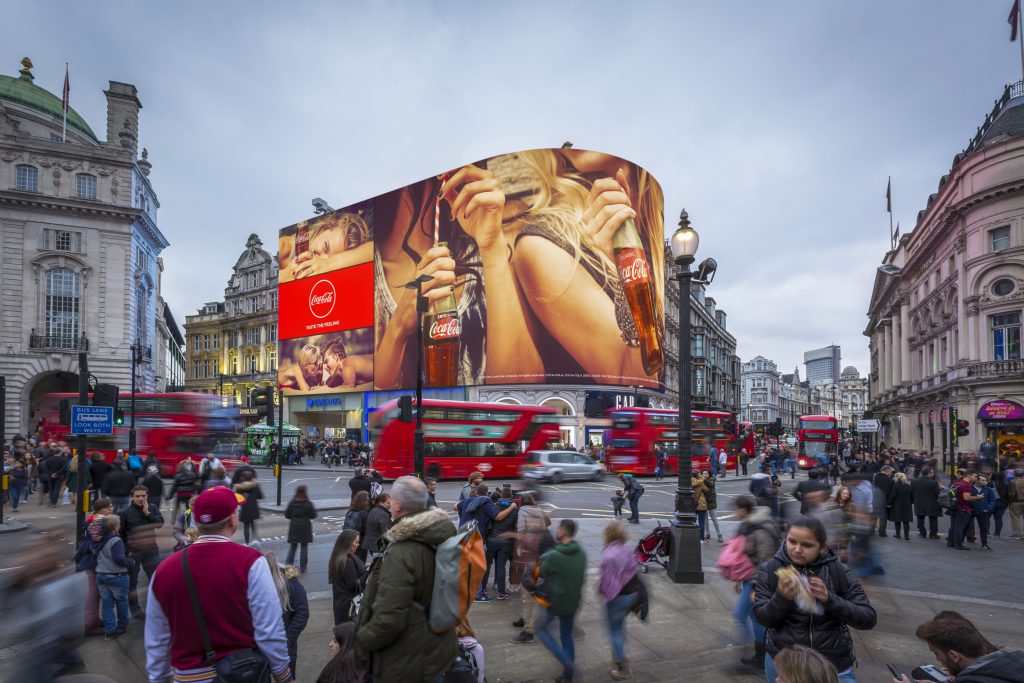 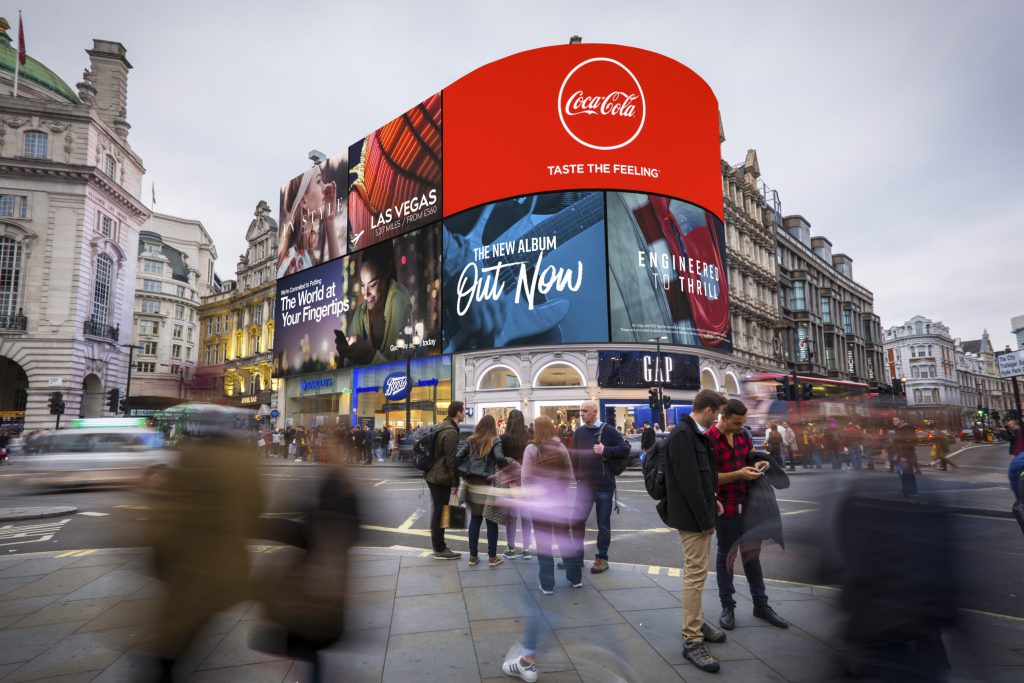 Coca Cola and Samsung sign up to new proposition

Piccadilly Lights, the world’s number one advertising location, is to undergo a complete transformation.

Ocean has won the contract to operate the central London landmark as part of a milestone upgrade of the iconic location to be undertaken by its owner, Land Securities.

Construction, which commences in January 2017, will see the current patchwork of screens replaced with a single state-of-the-art LED digital screen and live technology hub.

The 4K, 790 square metre screen, which will be the largest of its kind in Europe, will divide into six full and subtle motion segments, preserving the Lights’ famous mosaic appearance.

Coca-Cola, which has been present at the location since 1954, and fellow incumbent Samsung, have confirmed their long standing commitments to the new Lights.

For the first time in its existence, contracts for four other positions on the Lights are available, representing a huge opportunity for global brands that were previously locked out of this world famous location.

The new Piccadilly Lights are scheduled to relaunch in autumn 2017. Whilst works are underway, a static, illuminated banner featuring the signed brands will be in place.

Ocean is showcasing the transformation of the Lights with a print ad campaign including the Financial Times, Wired magazine and Campaign.

Vasiliki Arvaniti, portfolio manager at Land Securities, said: “This is a unique milestone for Piccadilly Lights, which has provided a visual home for much-loved brands for over a century. London is one of the world leaders for digital and technological innovation, and Piccadilly Lights is leading the way, engaging with global brands, global citizens and above all the local community.”

Ocean Outdoor CEO Tim Bleakley said: “Ocean won this tender because we fully understand the need to protect the status of the Lights, but also the need to transform them to maintain that iconic status. The solution we have developed retains the innovative nature of the Lights. Ocean also becomes the first OOH operator to introduce a one screen solution which ticks all the boxes in terms of fully responsive technology.

“Piccadilly Lights is one of the world’s most sought-after advertising sites, and this transformation takes it to the next level. Going forward we will work with all of the stakeholders to ensure the Lights remain a testament to London’s global reputation for defining invention and innovation.”

Aedamar Howlett, Coca-Cola Great Britain and Ireland marketing director, said:  “At a time when there are more advertising opportunities for brands than ever before, there are only a handful of advertising spaces in the world that are as iconic and unique as the Piccadilly Lights. The new technology will allow us to be more creative with how we use the space, providing new opportunities to tailor our messages in real time and engage consumers directly with our content.”

Russell Taylor, chief marketing officer, Samsung UK & Ireland, said: ““Samsung has had the privilege of being associated with Piccadilly Lights, one of London’s most iconic landmarks, for over two decades.  We look forward to the redevelopment of the site, as will the millions global consumers that pass by it every day.”

The current format of four incumbent advertisers and two available screens (called One Piccadilly and The Curve) will be replaced with 790 square metres of screen. This will be divided into two large format full motion landscape segments and four smaller subtle motion squares. Six advertisers, each with two creative approaches, will periodically rotate their subtle and full motion content across each of the six segments. At the end of each 30 minute loop, one single advertiser will take full domination of the complete space.