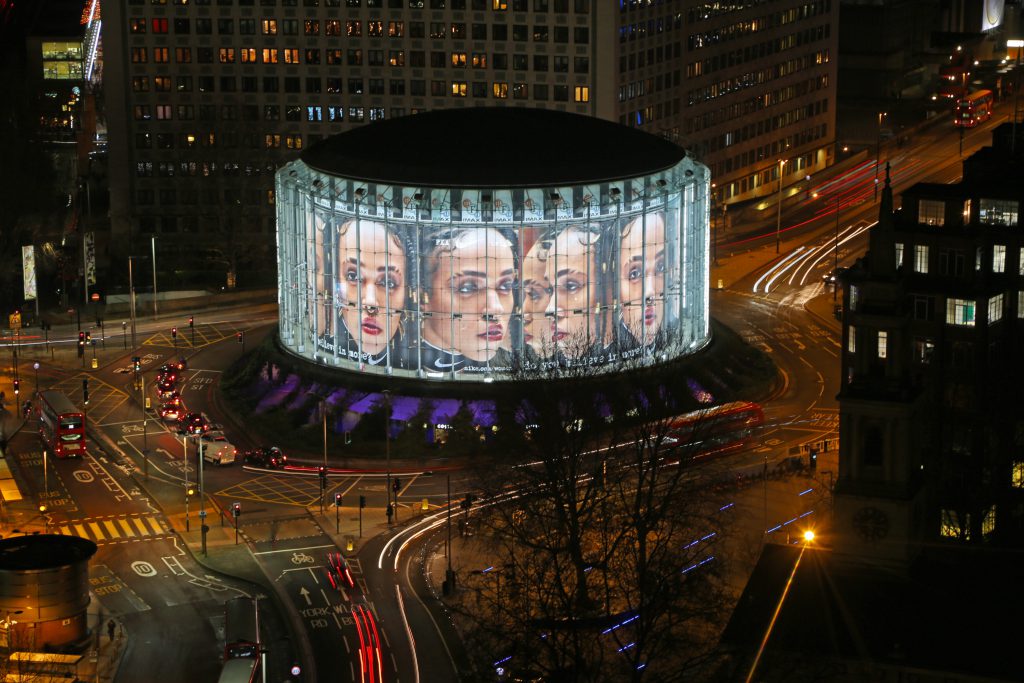 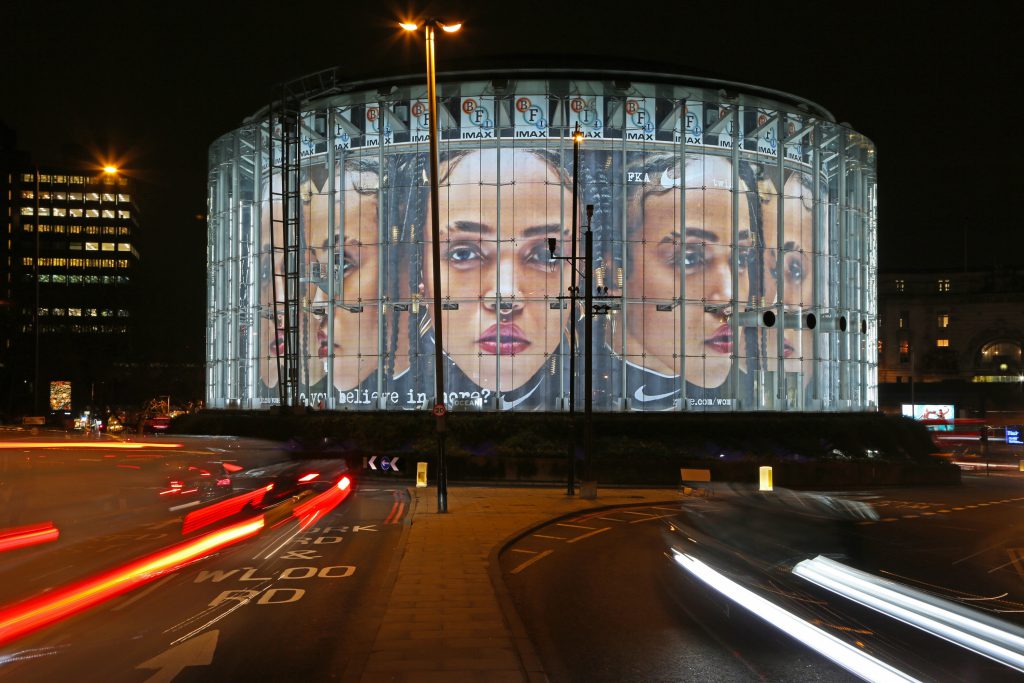 ‘Do you believe in more?’

That was the provocative question at the heart of the Nike x FKA twigs collaboration that greeted commuters throughout January 2017 on The IMAX, Waterloo.

Blown up for the world at large, this IMAX campaign made full use of Ocean Labs’ Edison lighting technology, using creative shot around Mexico City to hype Nike’s new Spring Zonal Strength Tights.

With a multi-channel campaign conceptualised, directed, performed and created by FKA twigs herself, the creative positions sport as an important part of self-expression, under the spotlight of Edison’s dynamic, 48,000-LED programmable technology.

The IMAX takeover focuses on Nike and the star herself but as part of a wide campaign, with, as twigs puts it “a cast of 12 incredible athletes to show that it’s about what you do in fitness gear. It’s about how you train. It’s about how those things help your movement.”

“We’ve worked hard to perfect our crafts and create our own destinies, and we’re feeling good in our bodies” – FKA twigs.

Cat Morgan, Director of Ocean Labs said “At Ocean we push the boundaries of what is possible in outdoor advertising and that’s exactly the sort of spirit FKA twigs has brought in her collaboration with Nike. Just as Nike’s new Spring Zonal Strength Tights bring out the best in an athlete and their craft, our premium canvases supercharge the campaigns they feature.

“A provocative question like the one twigs poses throughout this campaign (’do you believe in more?’) needs a canvas the size of The IMAX to challenge existing thinking and to broadcast the ambition of her work. As she says of the collaboration ‘I saw it as an opportunity to let young people know they have the power to become the best versions of themselves’ and that’s the message we know Nike will be sending out to the entire audience at Waterloo.”

Brand building activity is at the core of Nike’s strategy. It therefore has a long history on The IMAX having previously advertised its Fuel Band (the wearable that started it all), the Nike Fly Knits and brand campaigns including ‘Find Your Greatness’.