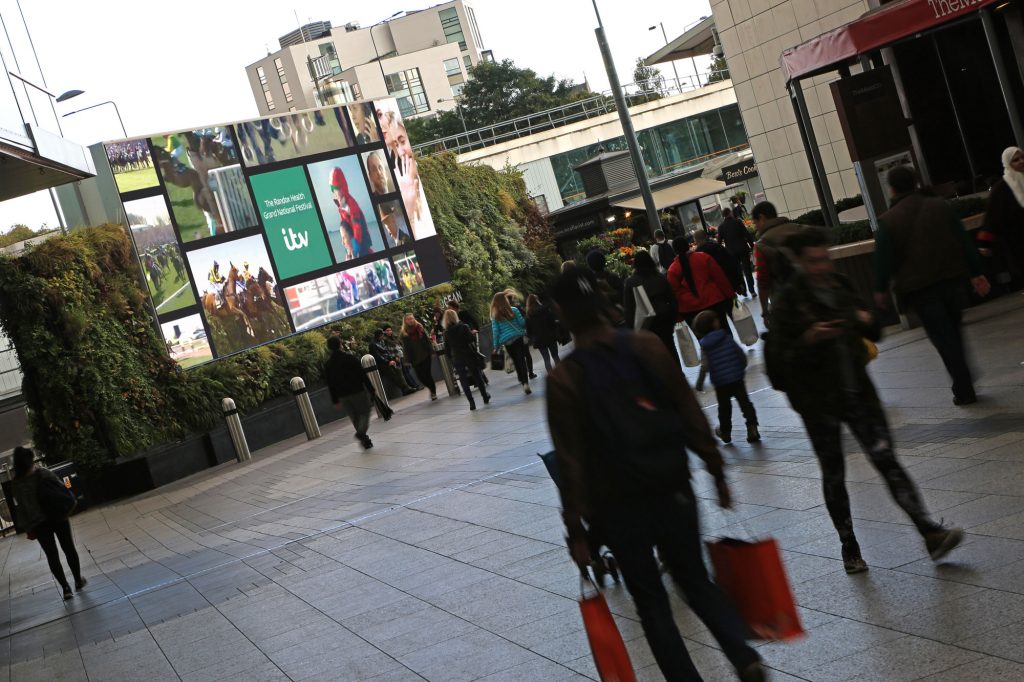 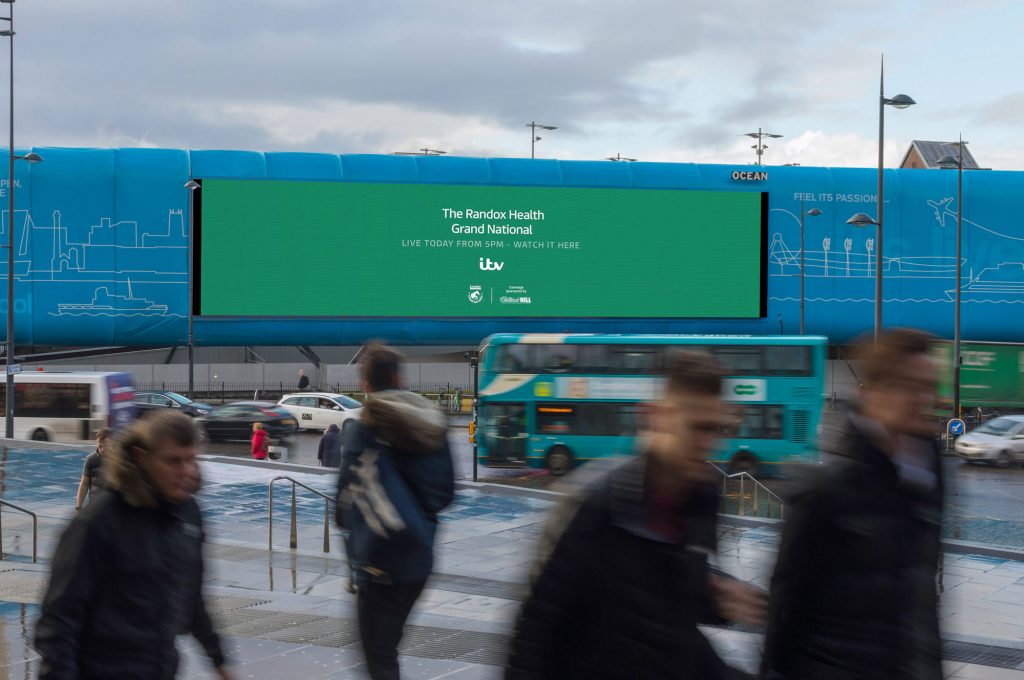 ITV will live stream the Randox Health Grand National from Aintree across Ocean Outdoor large format out of home screens in two cities this weekend.

An exclusive free to air simulcast of the country’s favourite steeplechase will feature on the Liverpool Media Wall and Eat Street @ Westfield London on Saturday, April 14, positioning the biggest race in the calendar as a must-see event.

Live countdown timers will be activated on the day, culminating in a live broadcast of the race on both screens at 5.15pm.

The simulcast was planned by Goodstuff Communications on behalf of ITV Sport.

Ed Ross, head of marketing and media at ITV, said: “The Randox Health Grand National is truly the race that moves the nation. We are hugely excited to be screening this in such a unique way to as many people as possible.”

Amelia Grant, business director at Goodstuff, said: “The Randox Health Grand National is the race in the calendar which transcends racing, appealing to a broad audience. We are thrilled to be broadcasting this live again across digital out-of-home, so even those out of the home can enjoy watching it on the big screen.”

Ocean Outdoor associate director Priti Kara said: “Our collaboration with Goodstuff and ITV builds on the success of last year’s first ever simulcast from Aintree and demonstrates the prominent role digital out of home plays in the multi-screen broadcast environment.”

Held at Aintree, the Randox Health Grand National is watched by millions of horse racing fans around the world, making it the most viewed race of the year.