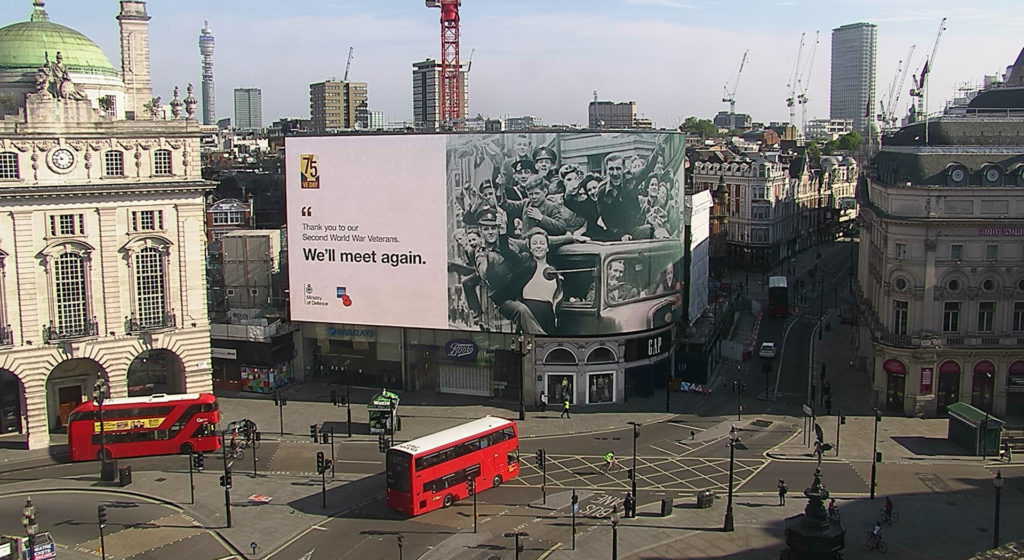 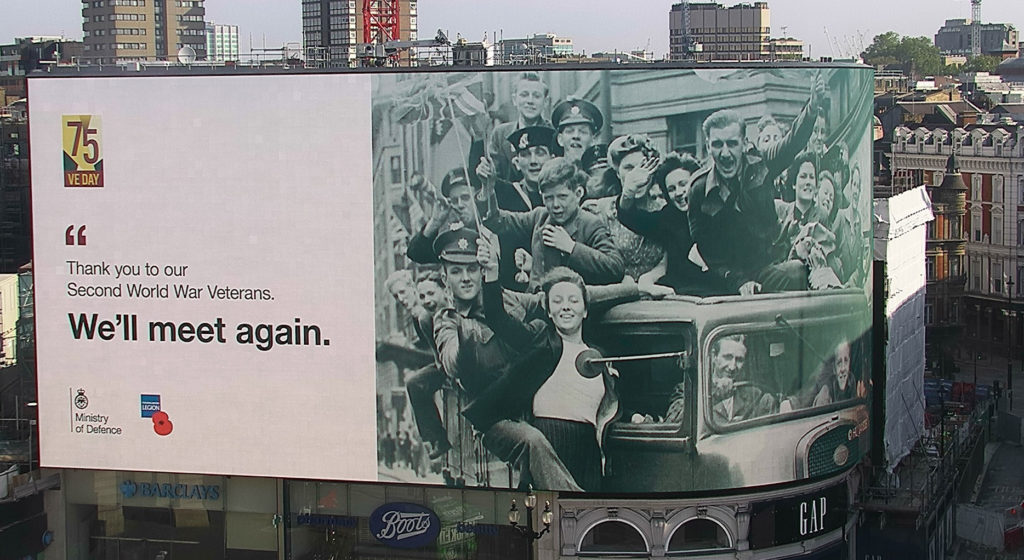 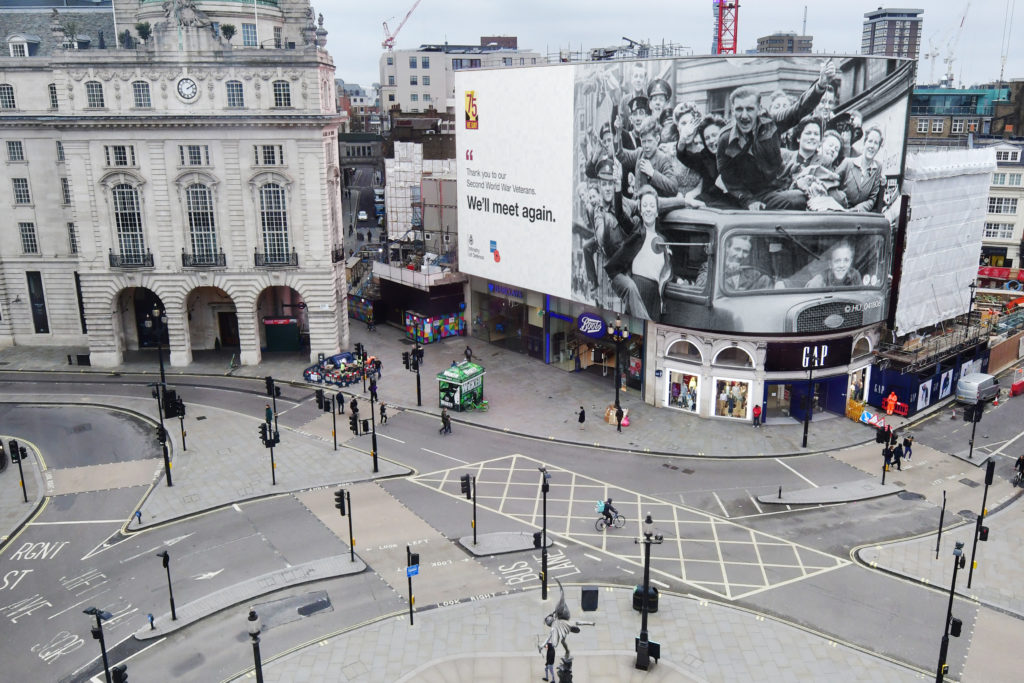 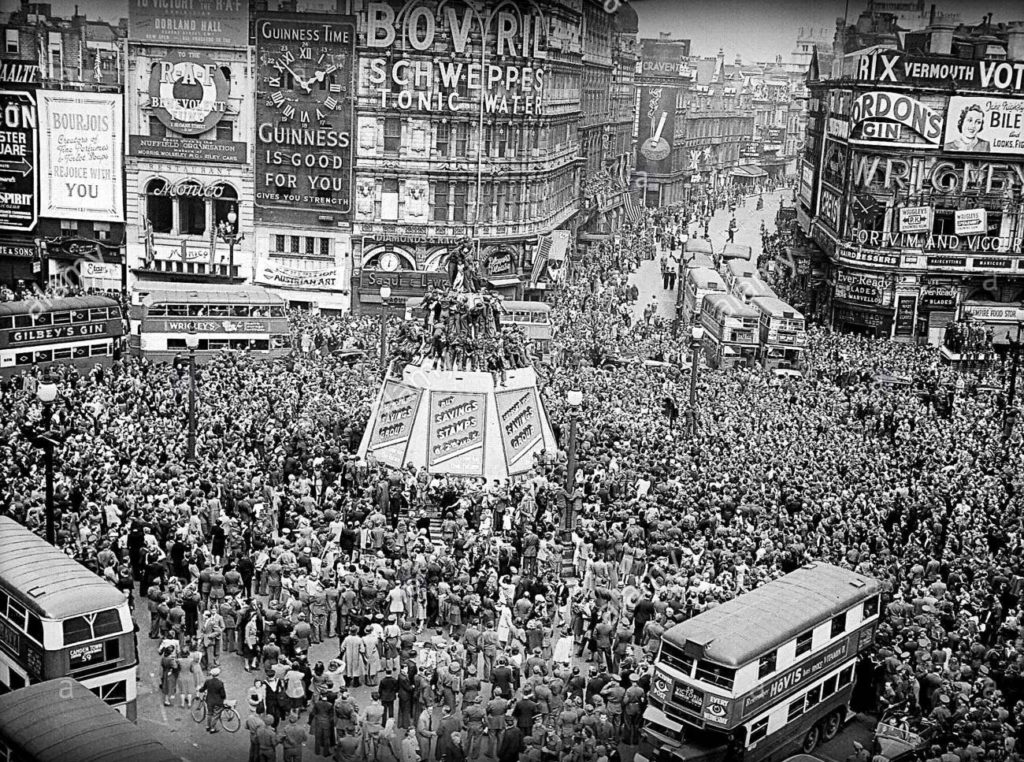 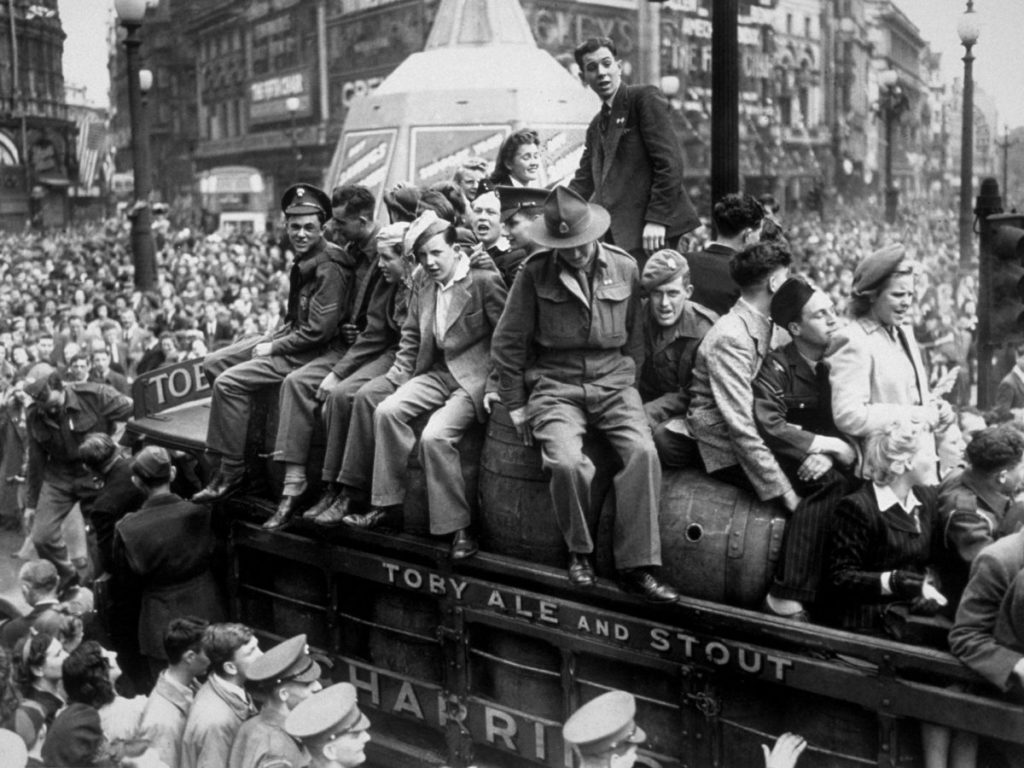 On VE Day May 8 1945, huge crowds gathered in London’s Piccadilly Circus to celebrate the end of World War II in Europe. Cheerful Londoners celebrated in their thousands, crammed onto vans and buses, their exuberance captured on film and camera.

Seventy-five years on, Piccadilly remains eerily quiet as Britain marks 75 years since the end of the war in lockdown with government measures to ensure people stay at home still in place.

Plans for a veteran’s parade and street parties across the country have been slimmed down, replaced with virtual celebrations, a doorstep singalong of Vera Lynn’s classic We’ll Meet Again and an historic televised address from Her Majesty The Queen at 9pm, the moment her father, King George VI gave his address in 1945.

To suitably reflect the low key 75th anniversary given the current restrictions on social gatherings, the Ministry of Defence and the Royal British Legion displayed a tribute to all Second World War heroes on the Piccadilly Lights today (May 8).

It was a simple message: “Thank you to our Second World War Veterans. We’ll Meet Again,” – another reference to Vera Lynn’s wartime anthem which famously rallied the nation.

The MOD salute was accompanied by a single black and white photograph of men and women crowded onto a van as they joined the 1945 Victory in Europe celebrations.

The screen space was donated by Landsec which owns the Piccadilly Lights.

The whole nation has paused to remember the sacrifice of those who served in the Second World War and the extraordinary victory achieved by the Greatest Generation 75 years ago. #VEDay75 pic.twitter.com/ztFD6LItN2