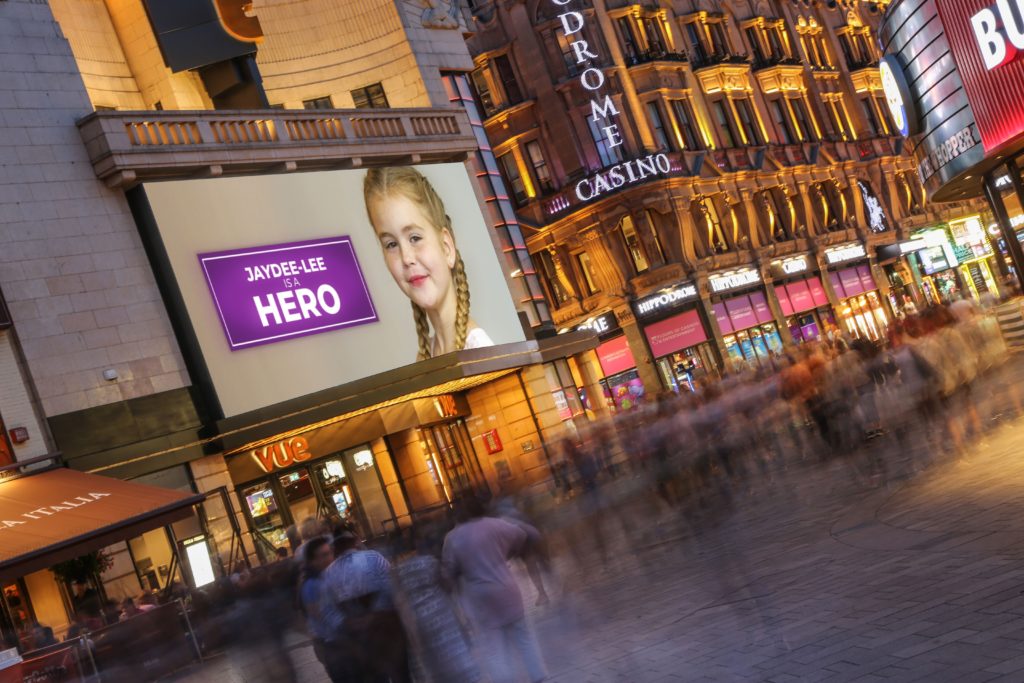 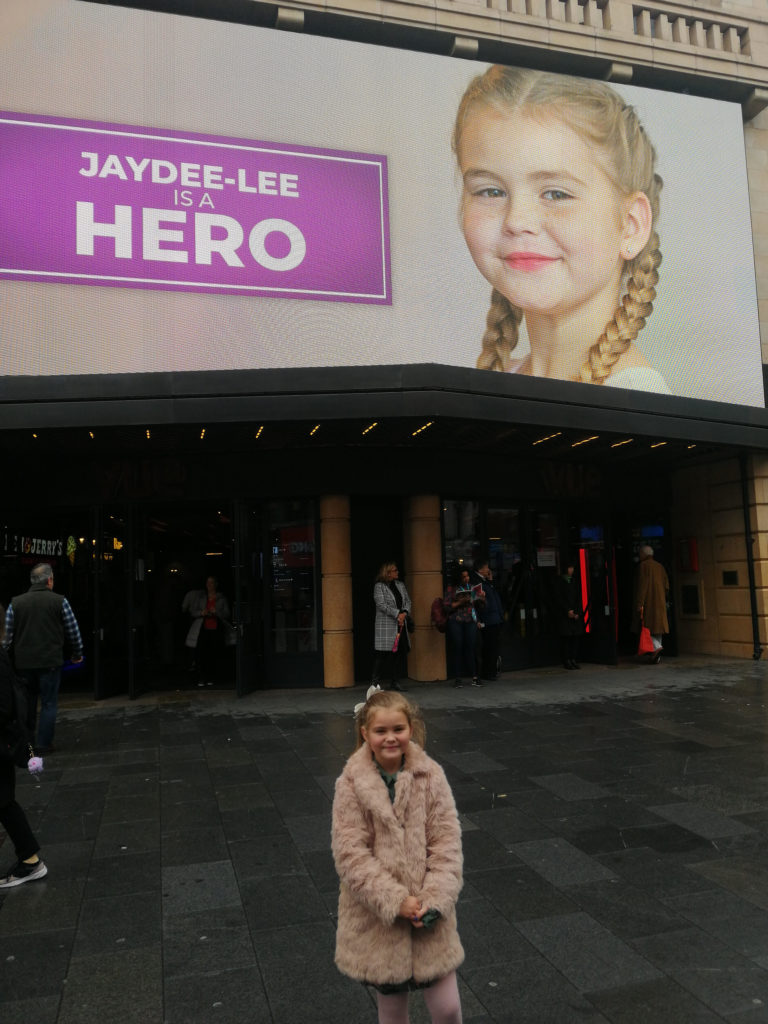 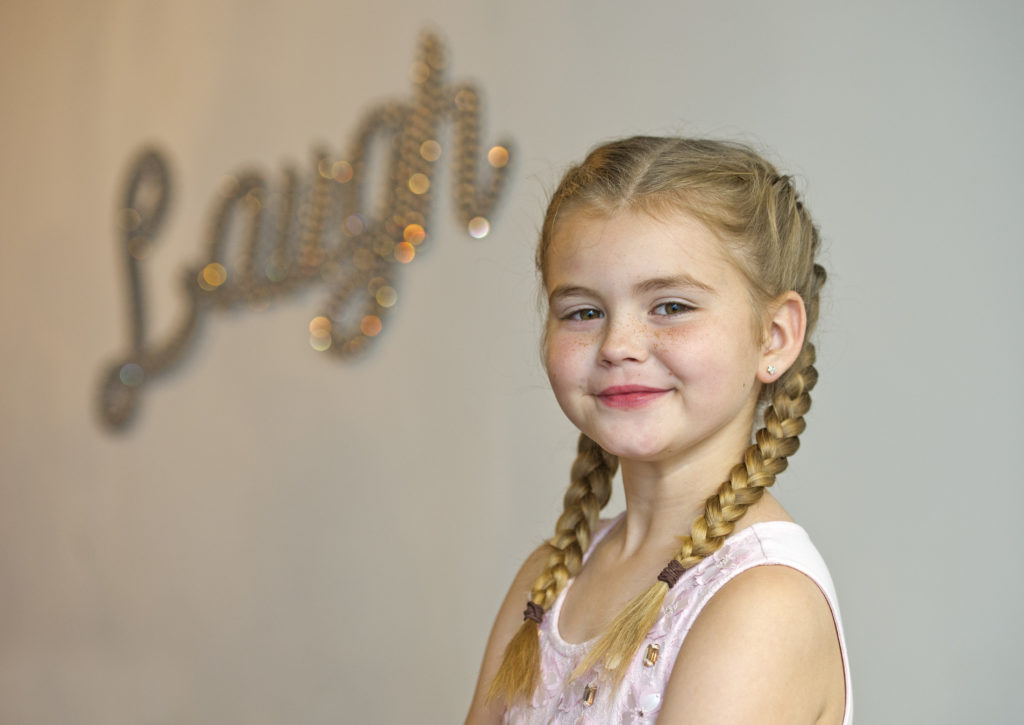 During the build up to her big award, Jaydee-Lee and her family were invited to London so that Ant and Dec could surprise her with the news. But before meeting the TV stars, they were treated to some unexpected moments and clues that something very special was going on.

In on the secret was Ocean which helped to organise the big reveal. This happened in large format on the Screen @Leicester Square which carried a photograph and the message Jaydee Lee is a Hero.

An unforgettable memory that Ocean hopes Jaydee-Lee will treasure, captured on screen and on camera by the film crew at ITV Studio’s Multistory Media for ever.

In March 2019, Jaydee-Lee noticed her younger brother Laylan, aged four, was disoriented and acting strangely when he woke in the night. She immediately recognised his symptons as the signs of carbon monoxide poisoning having learned about the dangers of the odourless gas in a safety visit at school three weeks earlier.

She looked at her family home’s carbon monoxide detector – which had not been triggered by the expected alarm – and noticed that it had turned from green to red. Jaydee-Lee alerted her mum and told her to ring for help. The primary school student was even able to reel off the gas emergency number.

When emergency engineer Sean Ward from Wales and West Utilities arrived, Jaydee-Lee told him exactly what he needed to do. Sean said: “The quick-thinking actions of Jaydee-Lee saved her family’s lives and she should be commended. From speaking to her that night it was clear that she took in such a lot of vital information from the gas safety lesson which is fantastic.”

Jaydee-Lee’s mother, Lindy, said: “I couldn’t be prouder – she saved our lives. From being involved in a simple lesson on gas safety, she knew exactly what to look for.”