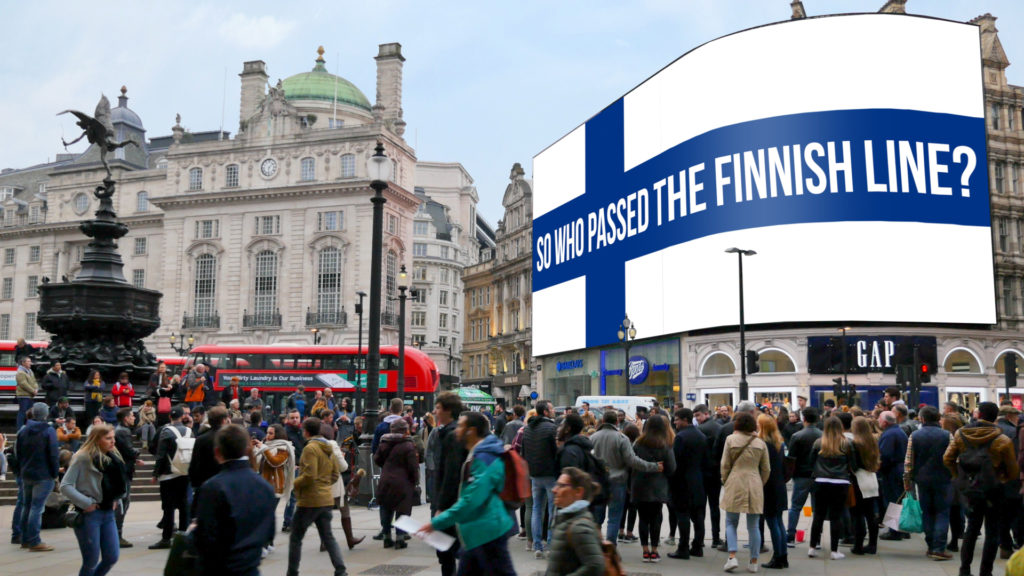 ***SPOILER ALERT***: This review contains details of who wins and who gets the boot on TV’s The Apprentice this week

Monty Python has plenty to answer for. And Ocean CEO Tim Bleakley couldn’t quite get Michael Palin’s daft lyrics out of his head as he helped judge this week’s episode of The Apprentice.

According to Palin’s barmy Eighties ode to Europe’s greenest, outdoors-iest nation, Finland was a sadly neglected poor second to Belgium, despite its lofty mountains and treetops so tall.

For those of you not in the know, back then Finland’s popularity paled in comparison to its Nordic neighbours. Something the Pythons clearly wanted to put right.

Fast forward to 2019 and today, Finland is acknowledged as the happiest nation on Earth and a great place to holiday. So, creating a summer rebranding campaign for tourism board Visit Finland was the task for the 10 remaining candidates competing to become Lord Sugar’s latest business partner.

Just imagine. A unique chance to have your advert displayed at scale on one of London’s most photographed landmarks.

For the candidates, the most important creative clue was right there in the name.

The Piccadilly Lights. A space that you can LIGHT UP in glorious Technicolour, choosing practically any pantone on the spectrum to celebrate 24 hours of glorious Finnish summer sun.

Cue Team Unison’s error; producing a digital advert on a gloomy, black background. Not the brightest move, as both Tim and Lord Sugar observed.

The candidates never lacked verve, but both teams failed to exploit the progressive role of DOOH in the modern, all-screen world and the ability of spectacular locations like Piccadilly to amplify a very bright message.

What Lord Sugar’s favourite challenge managed to do was shine a great big light on just how talented the UK’s army of professional creatives working in the digital out-of-home advertising space are.

Put your work on the Piccadilly Lights and the world will find out about it. It’s a space which never, ever fails to amplify really, really, really great work.