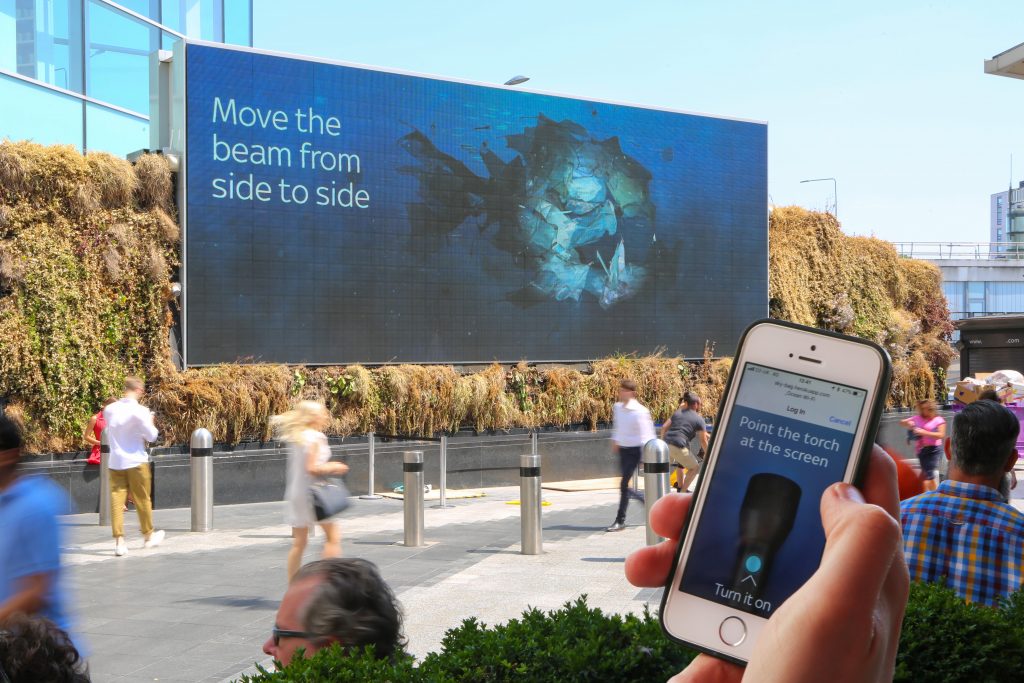 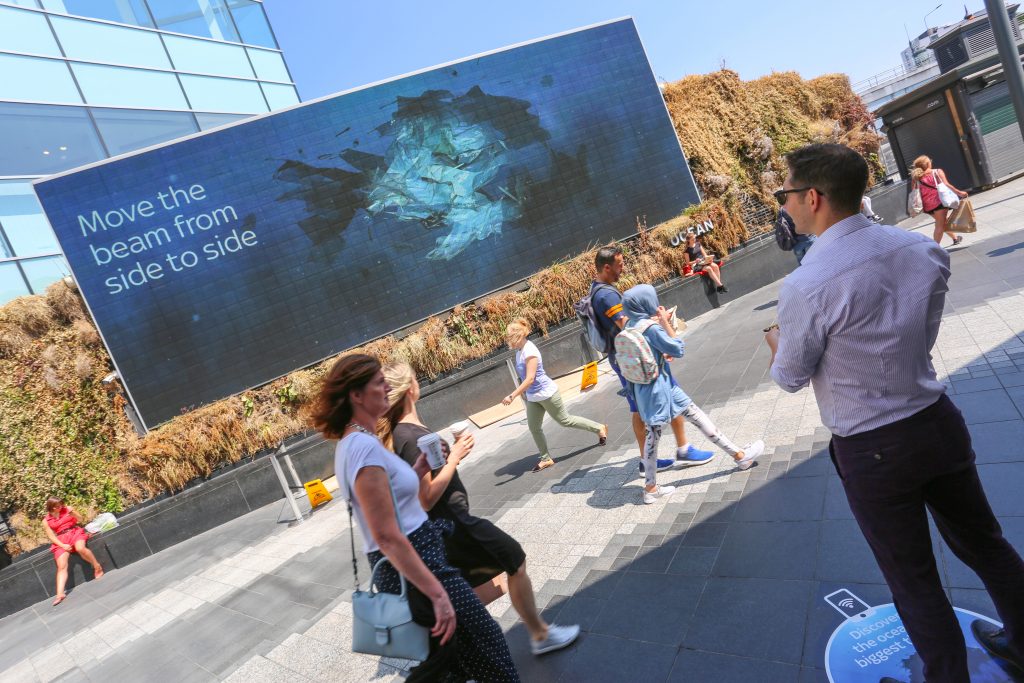 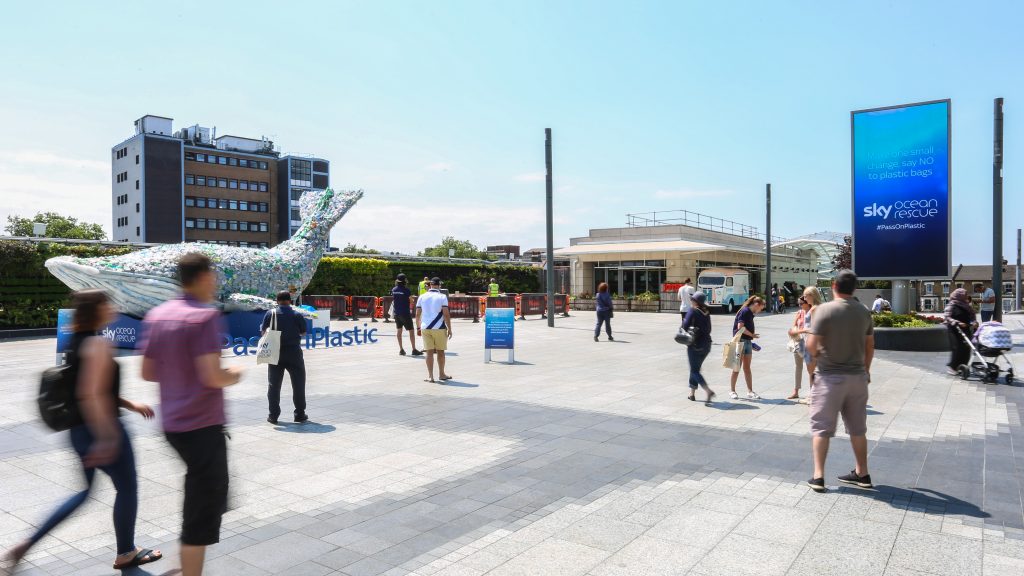 By 2050, the plastic polluting our oceans will outweigh the marine life.

To highlight this environmental risk, WCRS has created The Ocean’s Biggest Threat, a digital out of home campaign for Sky Ocean Rescue, to mark Plastic Bag Free World Day on Tuesday, July 3.

The interactive campaign breaks on July 3 at Westfield London with a domination of Ocean’s spectacular large format full motion digital out of home screen in Eat Street.

The aim is to encourage passersby to discover what is the most menacing danger lurking in the oceans by filling the screen with the silhouette of a menacing, deep sea creature, accompanied by the headline “Discover the ocean’s biggest threat”.

Participants will be invited to use their mobile phones to connect with the screen via its free wifi.

A combination of 3D technology, video and streamed data will then turn their phones into virtual torches which can be used to detect what is really casting the shadow on the screen. At this point, the torches reveal that the biggest threat to our oceans isn’t sharks or sea-monsters, its single-use plastic.

Dino Burbidge, WCRS director of innovation and technology said: “The fight against plastic is an issue particularly close to WCRS and Engine Group’s heart. We are immensely proud to join the single-use plastic-free crusade alongside Ocean, Sky Ocean Rescue and Westfield. The campaign has also allowed us to mix creativity, technology and data to push the boundaries of what is achievable in modern billboards, using live high definition 3D rendering, layered video and streaming data connections that send the phone’s movements to the billboard in real-time.”

The initiative is being supported by Westfield London which is planning a plastic bag amnesty, encouraging visitors to say no to single use plastic bags for the day by accepting reusable non-plastic Sky Ocean Rescue totes instead.

Head of inspiring action, Sky Ocean Rescue, Fiona Morgan, added: “We’ve all become plastic addicts – it’s all over our food, drinks, clothes and a normalised part of the shopping experience. We hope that with this interactive display we will capture the attention of shoppers this International Plastic Bag Free Day and inspire them to pass on plastic. From using reusable shopping bags, coffee cups and water bottles, to simply choosing not to buy single-use plastic packaged items in the first place, we can all make simple changes to stop our oceans drowning in plastic.”

Ocean head of marketing Helen Haines said: “This clever campaign harnesses the scale and technology of spectacular digital out of home to tackle one of the biggest causes of ocean pollution; the plastic bag. Its powerful, imaginative message bowled the judges over, making WCRS and Sky Ocean Rescue deserving winners of our competition.”

The campaign breaks with the Westfield London domination from 10am on July 3, with supporting activity in Manchester (The Printworks) and Glasgow (St Enoch). The creative will also feature on several screens throughout Westfield London on Saturday, July 7.

The activity is amplified by social media.

Sky Ocean Rescue aims to inspire everyone to make simple, every day changes to stop our oceans from drowning in plastic.

Find out more about Sky Ocean Rescue, its commitments and how you can #PassOnPlastic at the Sky Ocean Rescue Facebook page, @SkyOceanRescue on Twitter, or visit skyoceanrescue.com.

WCRS is a creative agency, combining over 35 years of brand building expertise with the ability to execute ideas in any channel. The agency’s focus is to create work people care about. In whatever form that takes. Developing ideas everywhere from TV to Twitter, online to mobile, games to music downloads. To find out more about WCRS, visitwww.wcrs.com. WCRS is Engine’s Creative Agency. Engine is the UK’s largest and fastest growing independent communications company, with office locations including London, New York, San Francisco and Shanghai.www.theenginegroup.com