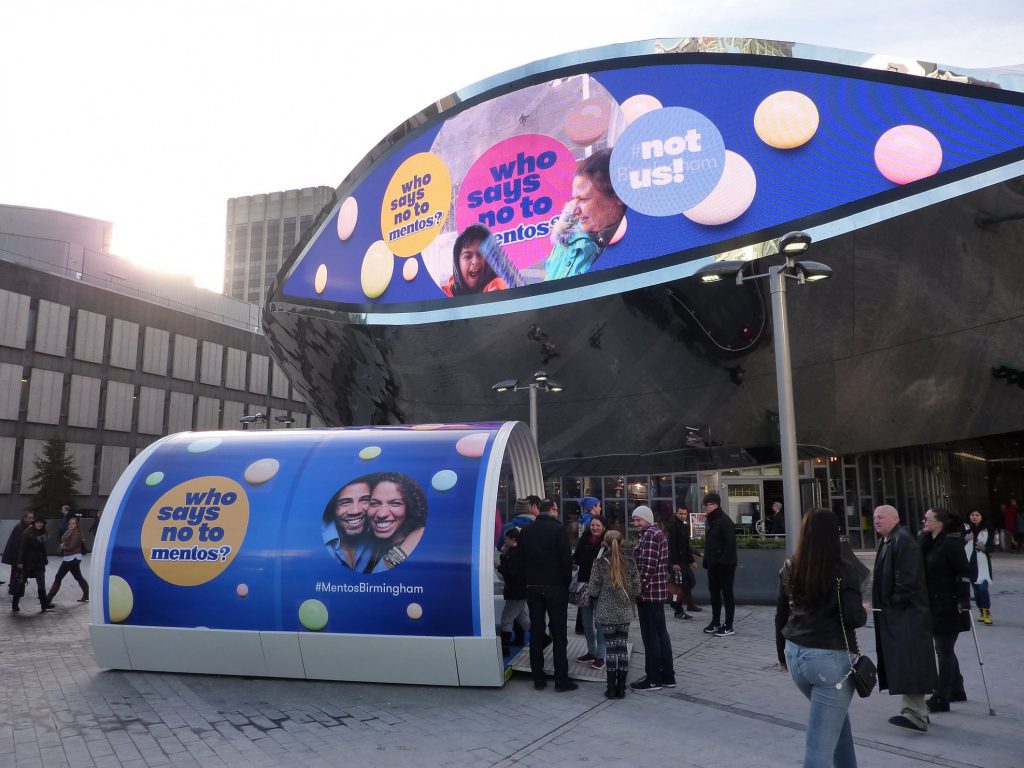 Mentos took to the streets of Birmingham to launch “Who Says No To Mentos”, an activation that allowed shoppers and commuters to engage with the brand and star in its advertising on Ocean’s Media Eyes at Birmingham New Street Station during November 2015.

This outstanding campaign spanned different media channels including DOOH, TV, Social Media and PR. Visitors entered one of the two photo booths, which took a number of images to create an animation of the participants. These could then be sent to their mobile phone, shared on social media and placed on to the city’s most iconic digital out of home advertising canvas, The Media Eyes.