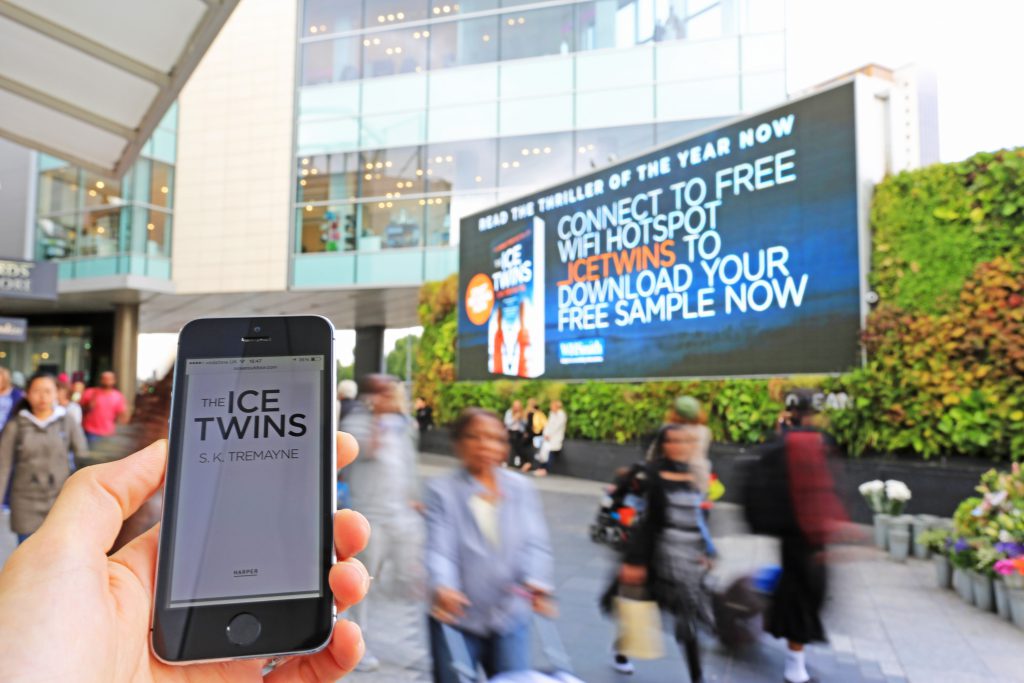 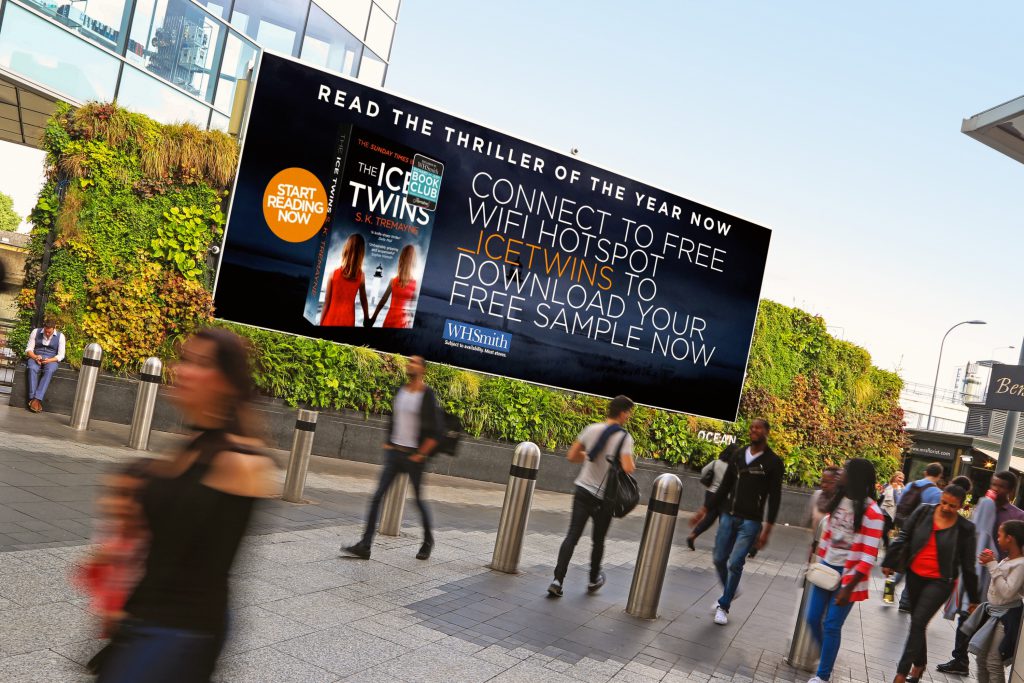 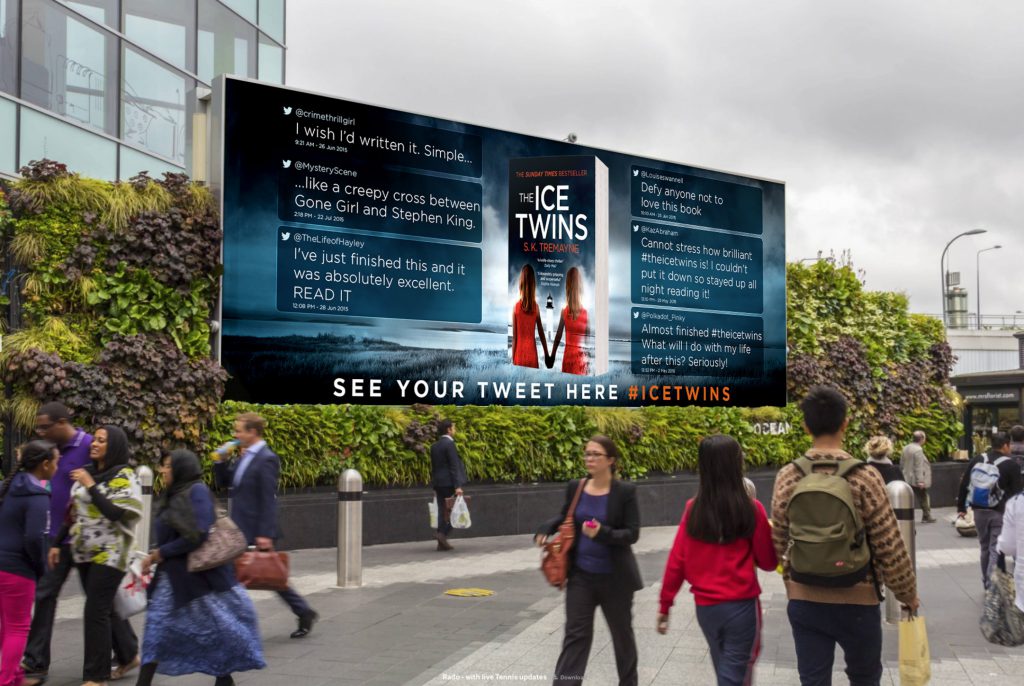 Since it was published in hardback in January this year, psychological thriller The Ice Twins has become a Sunday Times bestseller. To celebrate the release of the paperback edition in September, HarperCollins decided to launch a large scale interactive out of home campaign utilising Ocean’s Wi-Fi technology at Eat Street @ Westfield London.

The campaign sponsors Ocean’s Wi-Fi network to offer readers a free, downloadable extract of the book via their mobile devices with call to action creative on the screen.

Shoppers are then invited to share their thoughts on the sample on twitter using the hashtag #IceTwins, with selected tweets appearing on the screen. HarperCollins wanted the campaign to engage, involve and generate conversation around The Ice Twins in an innovative and unusual way.

Hannah Gamon, Senior Marketing Communications Manager at HarperCollins Publishers said: ‘We know The Ice Twins is a book people can’t stop talking about so we wanted to bring them into our marketing campaign. It’s really exciting to work with Ocean, 20 Ten and Mediacom to deliver such a unique experience which I know will continue to drive ICE TWINS fever all through the autumn.’

The Ice Twins, written by S K Tremayne, is one of the bestselling debut thrillers of 2015 with bloggers and critics widely selecting the title as their ‘thriller of the year’. It climbed to No 6 in The Sunday Times bestsellers charts and has sold steadily throughout the summer across hardback and ebook.

The Ice Twins is published in paperback on 3rd September 2015. It has also been selected as one of the Richard & Judy autumn book club titles.