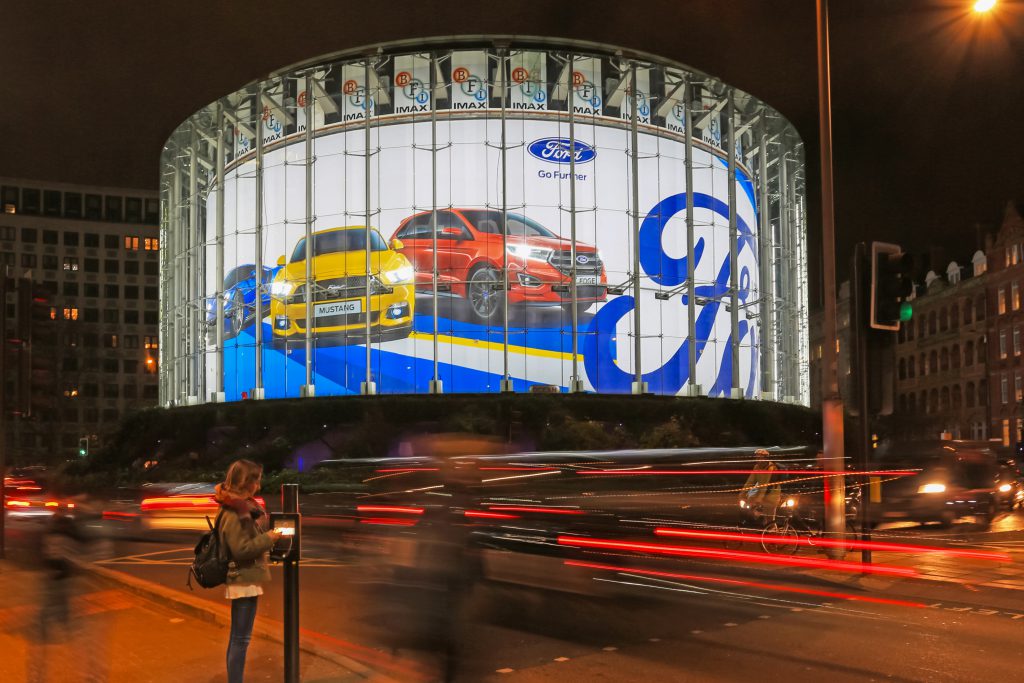 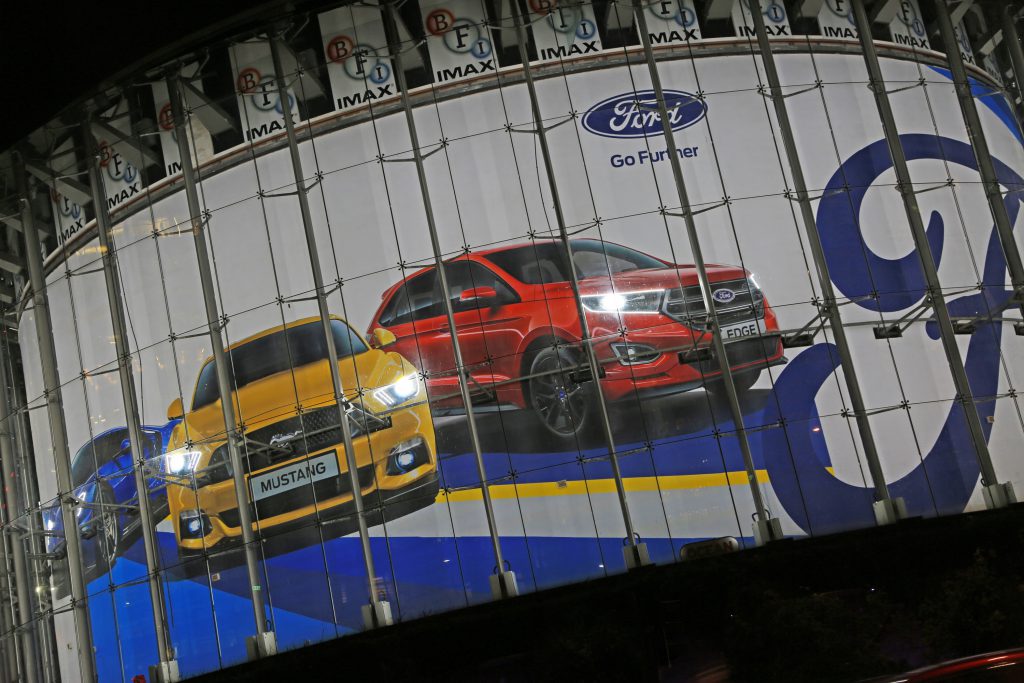 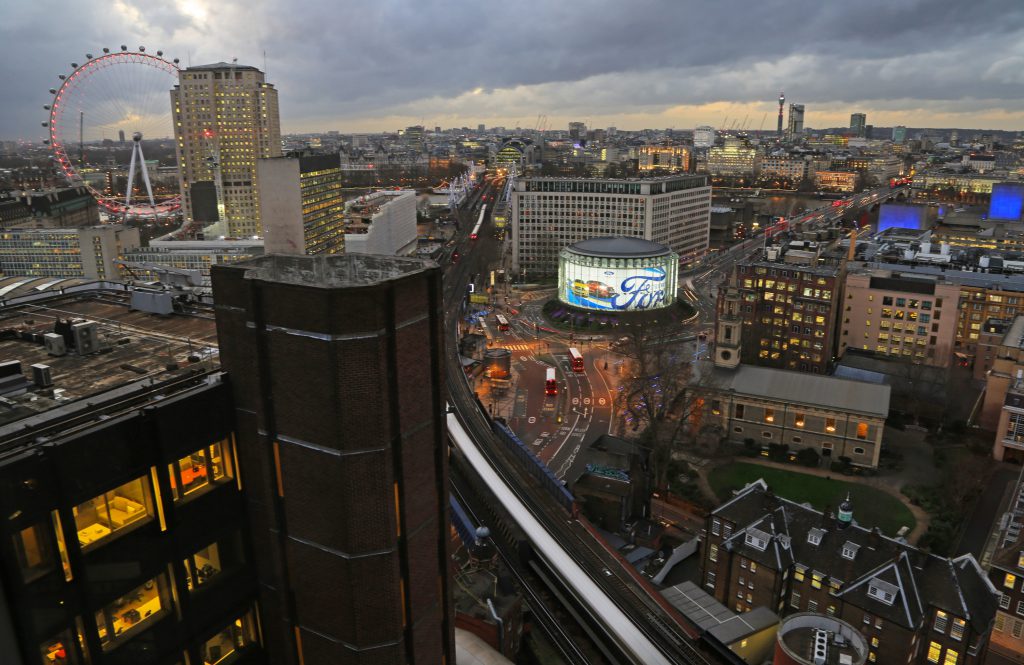 Ford has taken the spotlight by using Ocean’s customised Edison lighting techniques on the IMAX in London, the UK’s largest and most iconic advertising structure. This new campaign on the IMAX launched on February 1 with show-stopping creative which leveraged these new technical and creative capabilities using the IMAX as a bespoke branding platform. It was supported by a wider brand campaign across other Ocean sites.

Ford’s campaign, which spotlights three classic models, was created by Blue Hive and planned through Mindshare and Kinetic. It includes an installation of an LED ribbon around the headlights of the vehicles which is programmed to synchronise with the wider Edison lighting system.

Edison is a joint venture between Ocean and the BFI which aligns emerging technology with the latest in LED lighting and new software management, brought together to facilitate a real step in creativity for brands in a high impact media environment.

Catherine Morgan, Ocean head of creative solutions said: “It’s about taking the technical and back end capabilities of the IMAX and shifting them into what becomes an incredibly creative media theatre. There is nothing else like this in the world. This installation is bespoke for the IMAX and Ford’s launch campaign is a showstopper.”

Edison features on the IMAX include:

Aesthetically, the IMAX is designed to match and blend with other superior lighting schemes across the South Bank, including the London Eye. The technology deployed is designed to reduce light emissions/light pollution by 70 per cent.