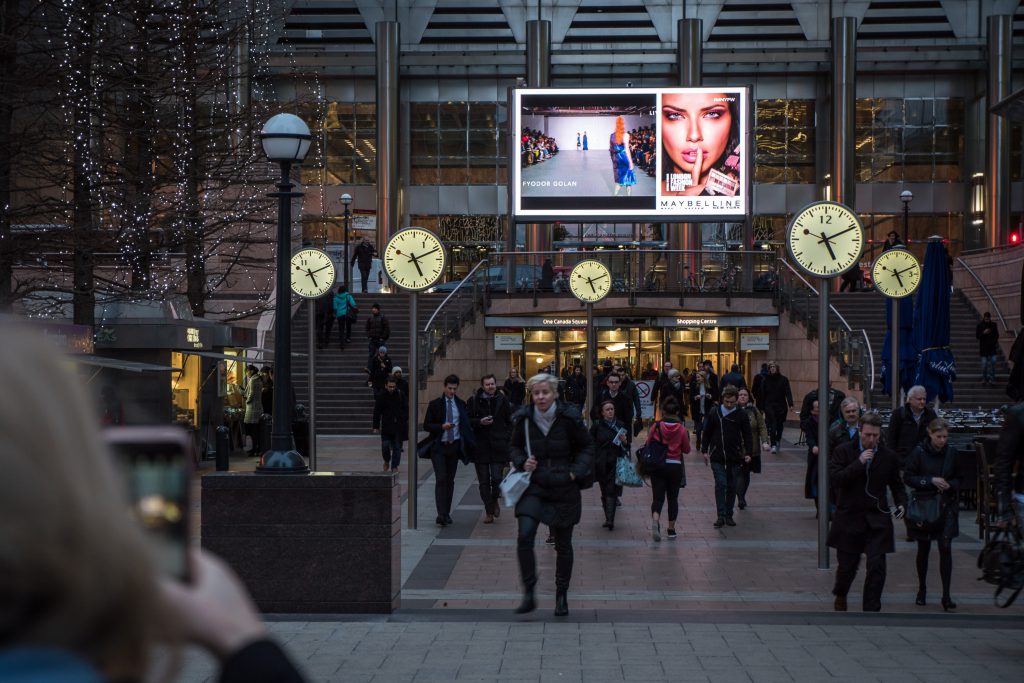 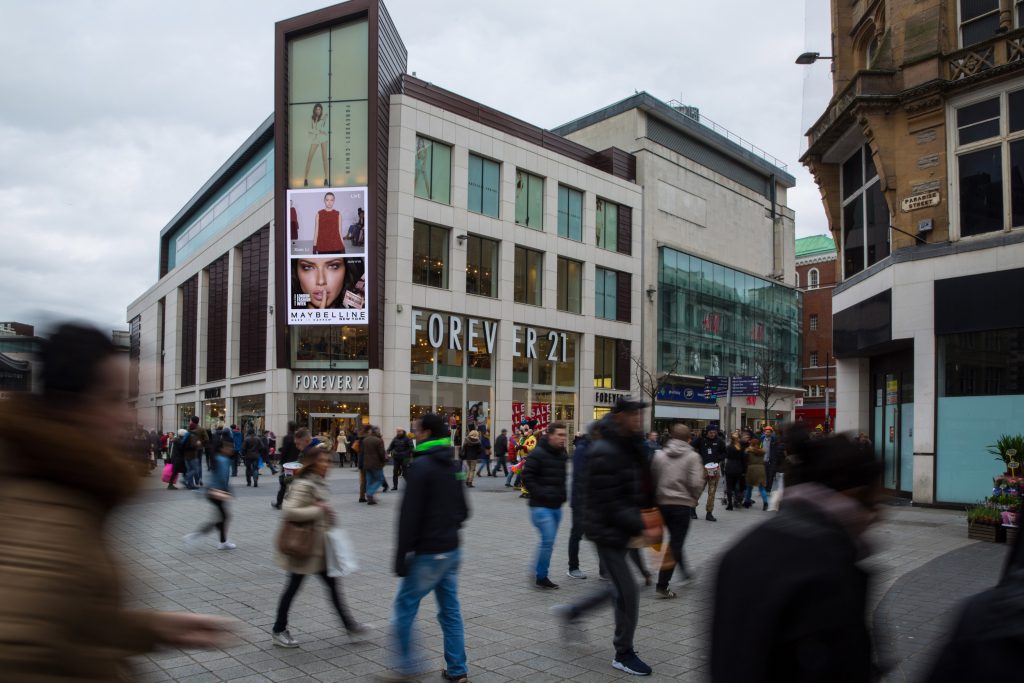 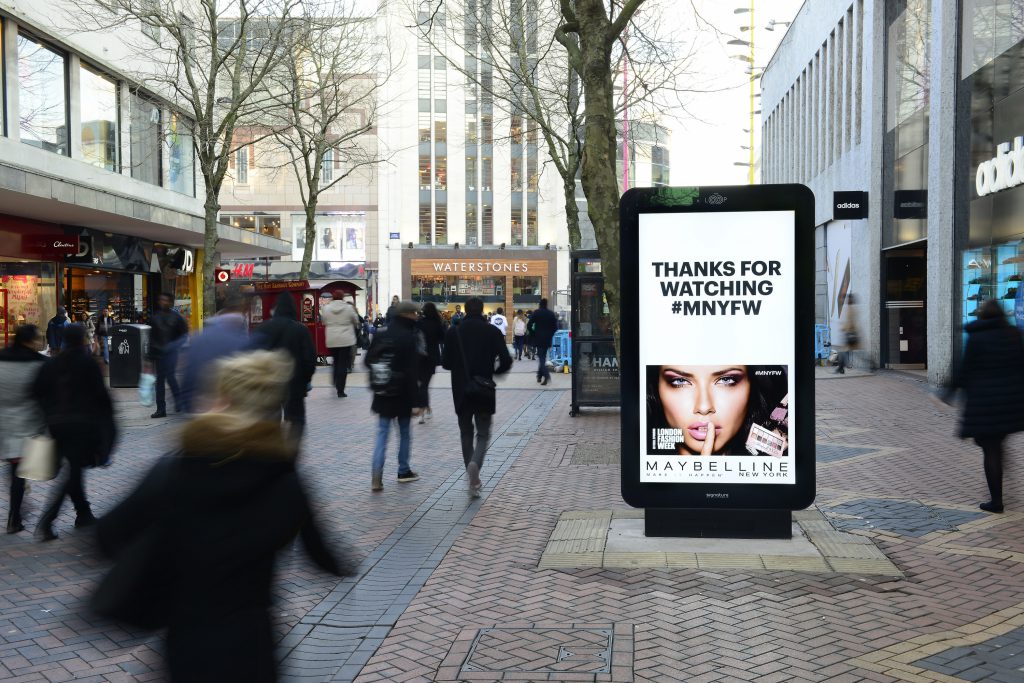 Technology and social media play an increasingly central role in daily lives, changing the way people shop and interact with brands; broadcasting London Fashion Week has democratised the event, bringing it to a much wider audience.

The exclusive fibre connectivity of Ocean and Signature Outdoor’s digital screens enabled the British Fashion Council to simulcast across the digital network; fashion shows were broadcast from up and coming designers live from the catwalks, reaching an estimated 35 million people in the UK’s leading cities.

Alongside the live broadcast, special preview content celebrated the talent and diversity of London’s designers, together with daily round-ups of the events and highlights during London Fashion Week on four London locations and nationwide on screens in Birmingham, Bristol,  Edinburgh, Glasgow, Leeds,  Liverpool, Manchester and Newcastle.

This collaboration with British Fashion Council is a prime example of streaming branded content within the Digital Out of Home sphere. In collaboration with Kinetic and Maxus; Maybelline’s content was positioned alongside and top-and-tailing each stream.

Recent announcements from large design houses demonstrate how technology is changing the fashion industry; with brands now able to offer audiences the opportunity to buy direct from the catwalk and create an immediate social buzz around the release of their latest collections.

Our BFC collaboration is an insight into the potential of DOOH and fashion combined; the immediacy and interactivity of Digital Out of Home; and the very on-trend tech possibilities for LFW SS 2017 in September and beyond.