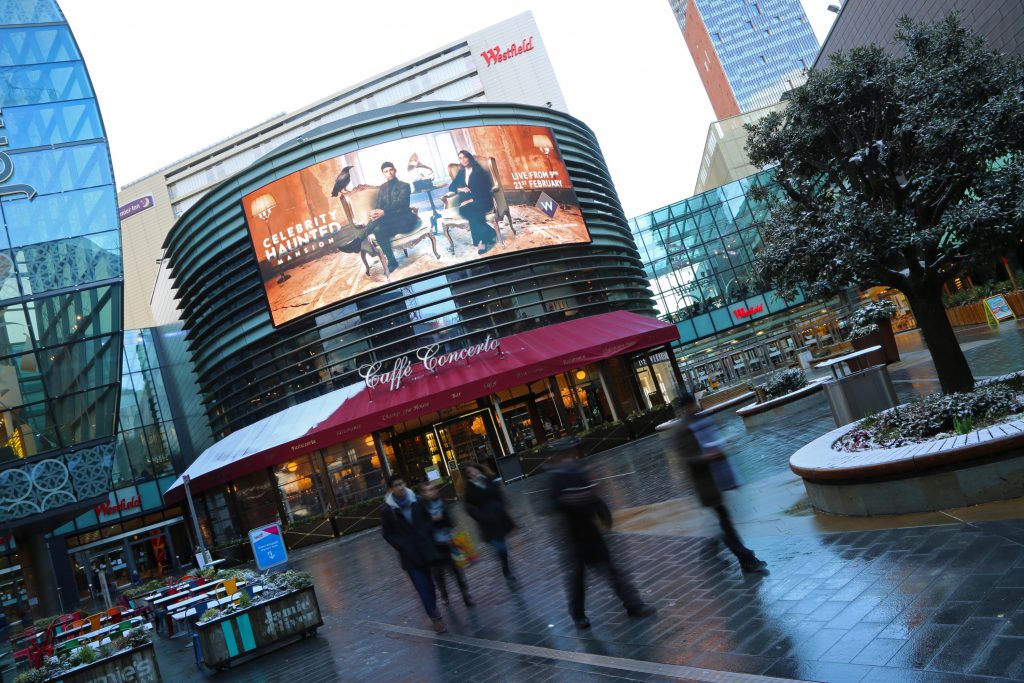 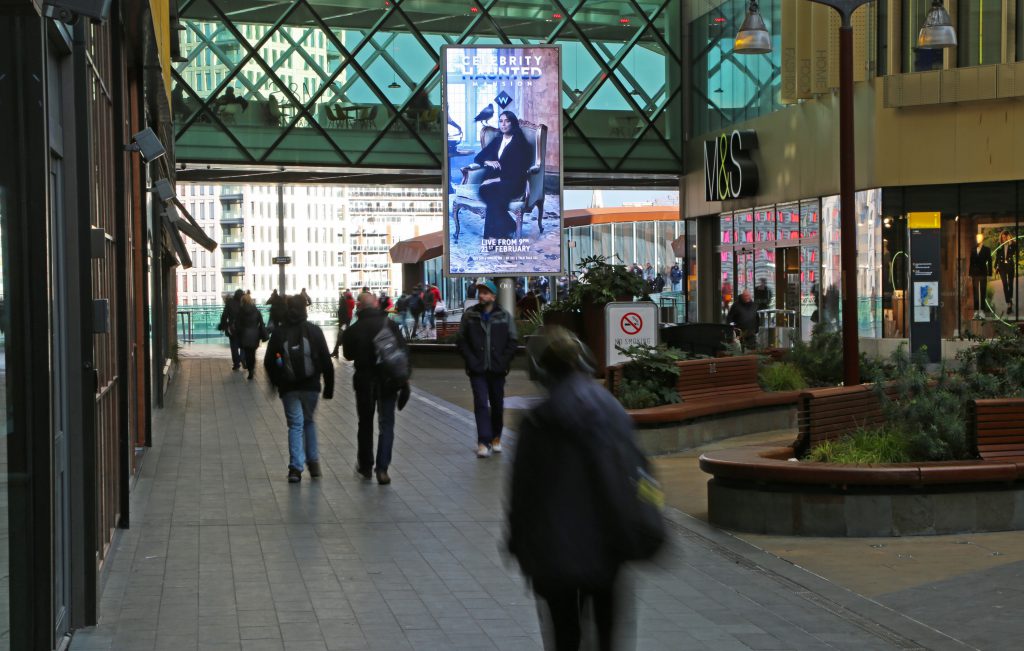 Spooky creative from Celebrity Haunted Mansion ahead of sunset Download 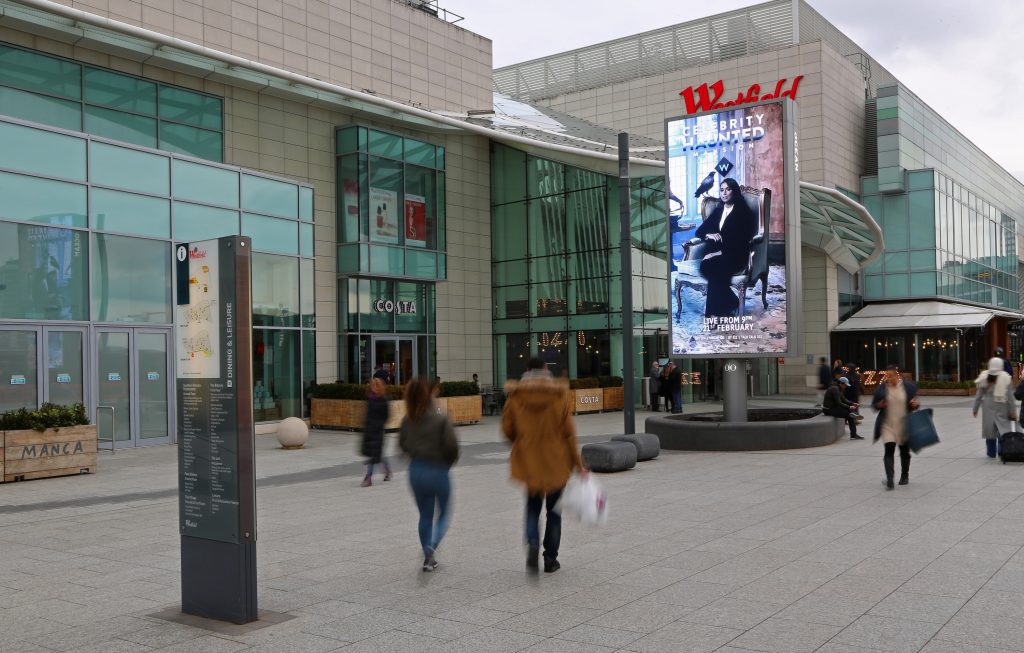 At sunset on Saturday 17th February (at 5.17pm to be precise) Four Dials @ Westfield Stratford and Eat Street @ Westfield London will transform from a spooky day-time creative to a terrifying full motion display, complete with haunting sound.

The transformative screen will see the hosts of the new show, Christine Lampard and Matt Richardson, morph into ghostly Victorian characters after dark. As the sun sets, Lampard and Richardson’s faces will become utterly unrecognisable as they are sucked back in time and possessed by Victorian ghost versions of themselves. A haunting sound shower will accompany the creative, using Ocean Labs technology.

Celebrity Haunted Mansion will see two paranormal experts leading a team of ten celebrities into a deserted gothic mansion where they will face a variety of supernatural challenges, pushing their tolerance for the supernatural to the limit before the show ends with a live ghost hunt.

Ocean sites nationwide (including Liverpool Media Wall and Birmingham Media Eyes) will be used from the show’s launch to showcase all the famous faces in the Mansion. After the first episode airs on Wednesday 21st February dynamic creative will reveal who the public has voted to eliminate, and is left in the running, to battle it out for the celebrity ghost hunter crown.

Zoe Clapp, Chief Marketing & Communications Officer at UKTV said: “To celebrate the entertaining new series of Celebrity Haunted Mansion, we wanted to create a thrill-filled campaign that would test the nation’s mettle and get people talking. Our transforming billboard reproduces the shock factor at the heart of Celebrity Haunted Mansion in a way that’s scary and entertaining – just like the show.”

Cat Morgan, Director of Ocean Labs said: “The creative use of digital OOH sits at the heart of our work at Ocean. Collaborating with UKTV on this eerie work delivers more than just the high quality visual campaigns we’re known for – the addition of Ocean Labs’ aural technology will envelop Westfield shoppers in a spooky surprise that is sure to stay with them at sunset.”

All visuals for the campaign have been created by the broadcaster’s award-winning in-house creative shop, UKTV Creative who conceived the digital OOH campaign, produced by Grand Visual, with media planning and buying by Rocket and Talon. The dynamic campaign is managed and distributed by QDOT via the OpenLoop platform and runs across multiple digital OOH media networks.