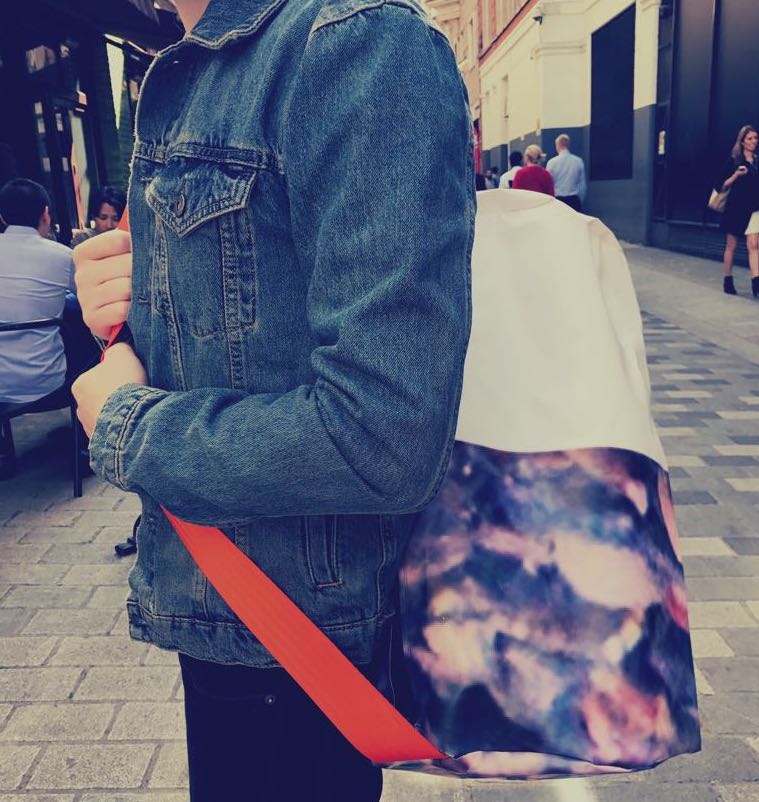 As Ocean works to eradicate single-use plastic from its operations, head of finance Billy Byam-Cook has discovered a creative way to up-cycle vinyl from Ocean’s backlit sites.

A stitch in time saves nine. Or in this case, 50,000m² of poster vinyl which otherwise would have been consigned to environmentally unfriendly landfill or sent on a slow (recycling) boat to China.

It’s all down to Ocean’s main money man Billy Byam-Cook, one of the team leading the war against single-use plastic which has led to the launch of the Ocean For Oceans campaign.

Ocean sites are primarily digitally powered, using technology and lighting which is designed to be as environmentally friendly and low emission as possible. The portfolio also includes a small amount of banners which currently require vinyl sheets.  The hunt it now on to find viable biodegradable alternatives.

Inspired by the need to salvage, recycle and upcycle where possible, Billy has set out to find a way to re-use the colourful plastic canvases.

Armed with his family sewing machine, the Head of Finance has run up some Banner Bags – totes, gym bags and cycle courier style satchels, all made from poster vinyl salvaged from the dump by colleague John Kilfeather.

Billy is now seeking a couple of companies that might be able to turn out a complete range of bags, purses, floor mats, car and bike covers using the vinyl castoffs, with donations for each sale to charity.

“Given there can be a lot of people involved in the creative and production supply chain for each backlit advertising campaign, another idea is to turn the old banners into bags for life, shopper, sport and cycle courier bags and give them back to the people in that supply chain for gifting or marketing purposes,” says Billy.

It took Billy several months to cut and sew his Banner Bag samples, their production requiring industrial strength sewing machines as opposed to Billy’s, a gift from his mother which usually comes out two or three times a year to repair four-year-old son Hamish’s trousers.

His end results are genius.

“I didn’t have any designs in mind really, I just made them up as I went along,” says Billy. “The material is really durable and isn’t too hard to work with, although the machine did break down a couple of times, but that was more due to user error.”

Anyone who can help Ocean launch a new line of up-cycled vinyl accessories should email info@oceanforoceans.com