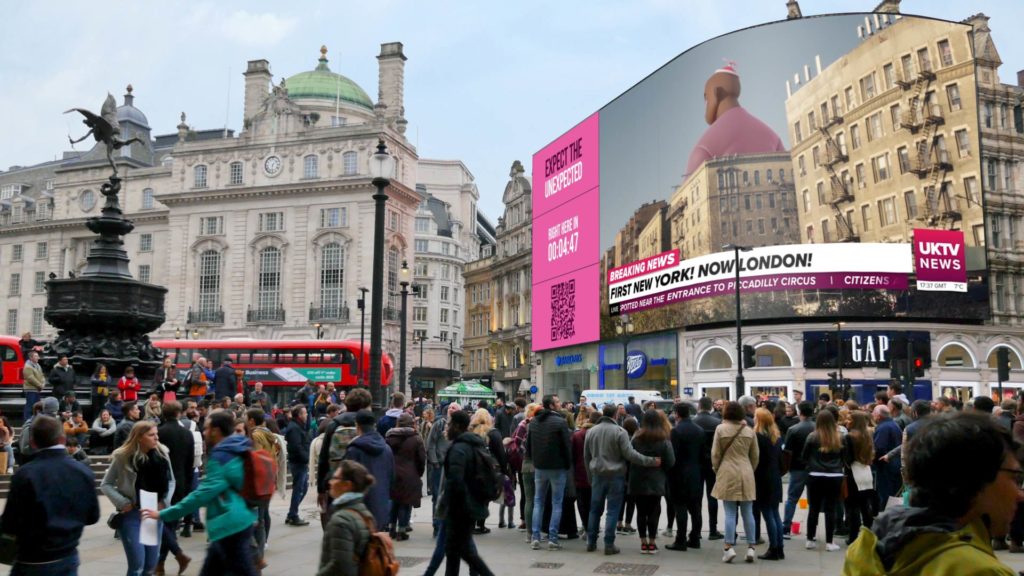 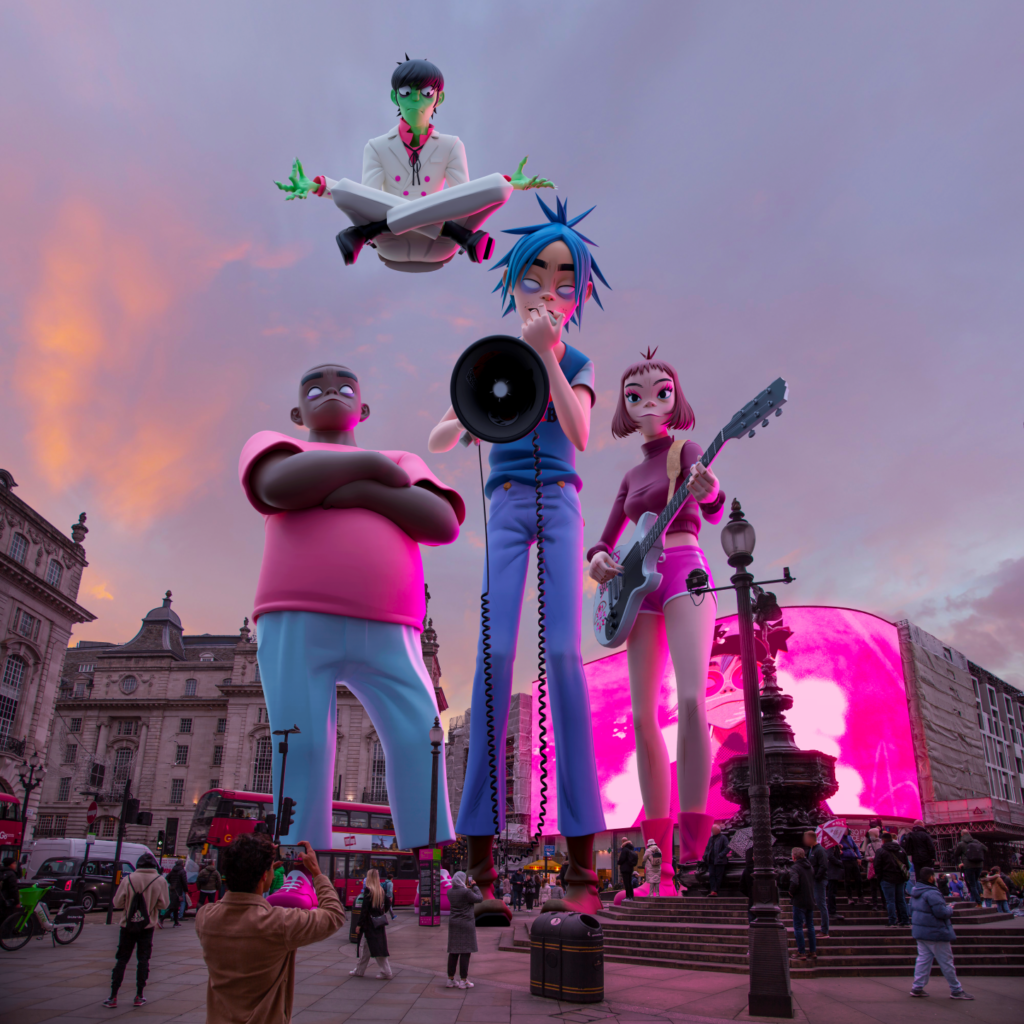 The world’s most famous out-of-home (OOH) landmarks, Times Square and Piccadilly Lights, are to be transformed into live stages for ground-breaking performances set to revolutionise the concept of music performance. Both locations will become first-of-a-kind immersive stages for performances by the award-winning virtual band Gorillaz of their new track, Skinny Ape.

Taking place at 2.30pm ET on December 17 in Times Square and 2pm GMT on December 18 in Piccadilly Circus, fans are invited to gather to witness Gorillaz play in real life as Murdoc, 2D, Noodle and Russel perform in the midst of the world’s most iconic skylines.

The OOH showcases are being managed by OUTFRONT Media (NYSE:OUT), one of the largest out-of-home media (OOH) companies in the U.S. with the massive Northeast Domination in the epicentre of New York’s Times Square, and Ocean Outdoor which operates the Piccadilly Lights on behalf of Landsec.

OUTFRONT and Ocean Outdoor are leading the OOH industry in next gen immersive outdoor experiences which are blurring the lines between physical, digital and virtual branded activations. Both media partners are actively developing future strategies around OOH’s role in connecting physical campaigns to virtual experiences. The Gorillaz ‘music video of the future’ is the first of many explorations the companies are embarking upon.

In the heart of New York City, the Times Square takeover will feature Gorillaz performing the Skinny Ape track as each band member plays their instruments while atop the world-famous cityscape while their screaming fans watch the live performance from street level.

“The scale of this innovative AR experience uniquely leverages the physical architecture, OOH media, and Google’s Geospatial API to blur the lines of a physical, digital, and virtual activation,” said Jason Kuperman, OUTFRONT’s Chief Product Experience Officer. “Technology demonstrations like this not only provide us an opportunity to participate in a huge cultural event, but also give us experience in how to apply emerging technologies in the most creative and impactful ways in OOH media.”

To herald the virtual London takeover, Landsec’s Piccadilly Lights will broadcast a newsflash as a call to action for music fans to take part.

Director of Ocean Labs Catherine Morgan said: “These performances are a milestone in the evolution of digital out of home, using culture to bridge the physical and virtual worlds. Partnering with Google and OUTFRONT allows us to push the boundaries of entertainment, using the fame of Landsec’s Piccadilly Lights to immerse out of home audiences in what is a truly unique event.”

Derek Manns, commercial media director, Landsec said: “Situated in the cultural heart of London and New York’s entertainment districts, the Piccadilly Lights and Times Square are the perfect portals to unveil the music video of the future.”