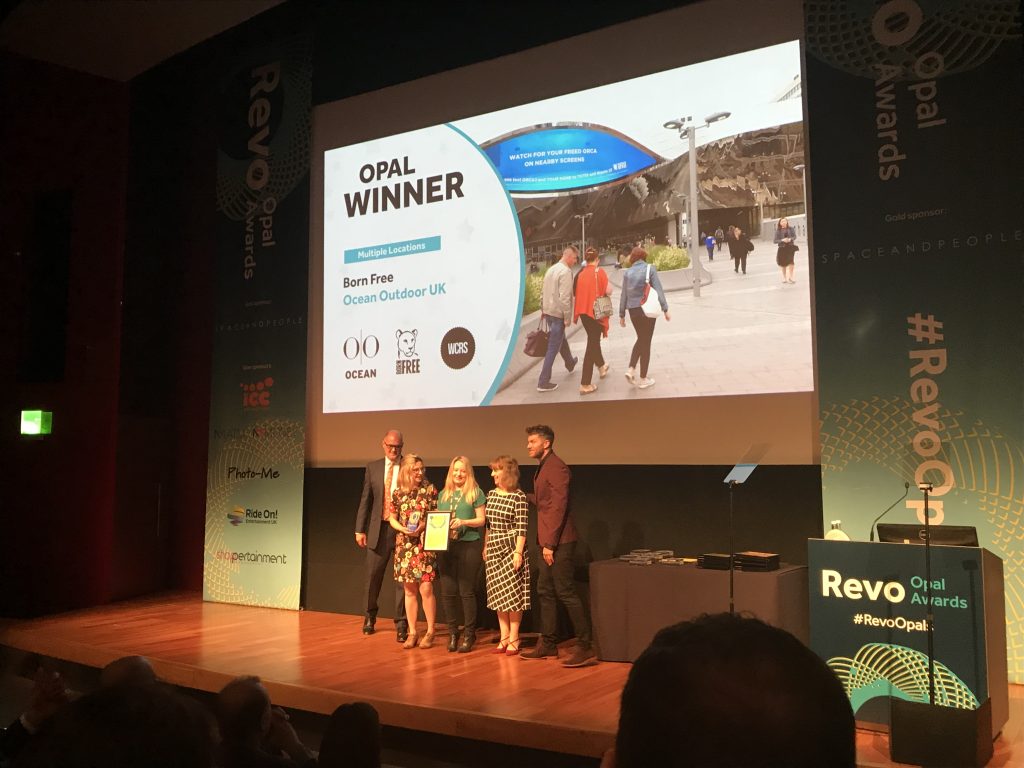 This morning the 2018 Revo Opal awards was hosted at the British Museum, where Ocean was successful in both media categories; for O2’s Star Wars: The Last Jedi we received “highly commended” recognition and for Born Free’s #TankFree campaign we won in the ‘multiple locations’ category.

The Revo Opals are the only UK award that highlight the truly positive impact commercialisation has on retail and leisure environments. They aim to celebrate the success stories that demonstrate the breadth and scope of commercialisation.

2018 is the fourth consecutive year that Ocean has won an Opal award in the media category. Created by WCRS, this year’s winner, Born Free, transformed Ocean’s spectacular large format full-motion out-of-home screens into virtual tanks. This creative, experiential campaign used CGI technology and visual effects from The Mill London to create a series of magnificent life-size animated orcas which the public were invited to set free from captivity and return to their natural habitat.

The judges’ thoughts on the Born Free campaign:

“The idea behind using the screen to physically demonstrate the tanks was simple but genius. It’s not only graphically arresting but also invites the viewer to experience the restrictive space.”

Find out more about the campaign at ‘WCRS and Born Free Make a Splash with Life-Like DOOH Campaign for World Orca Day‘.

“Very innovative approach to a film promotion that clearly added an element of surprise and delight to shoppers.”

“A great use of technology allowing for successful execution of a great campaign.”

Find out more about the campaign at ‘O2 Priority and Star Wars: The Last Jedi‘.