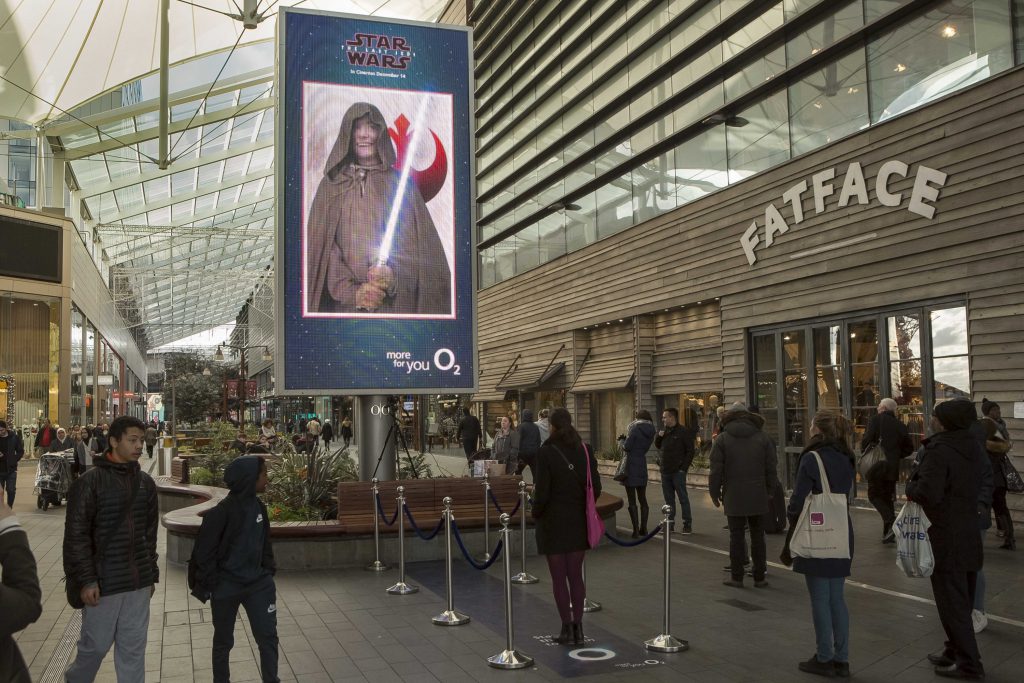 In order to promote its Priority members service, O2 partnered up with Disney for the launch of Star Wars: The Last Jedi.

Once the image was on screen, the consumer’s moment of fame was captured and shared over social media, so that they could access and share their image with friends and family.

The campaign was exclusive to Ocean Outdoor and was part of a wider campaign focusing on social media channels such as Facebook Live, Instagram, Snapchat and Twitter. Ocean’s Neuroscience research proves that DOOH is an excellent primer for online and mobile activity. The campaign was planned by Adcity.