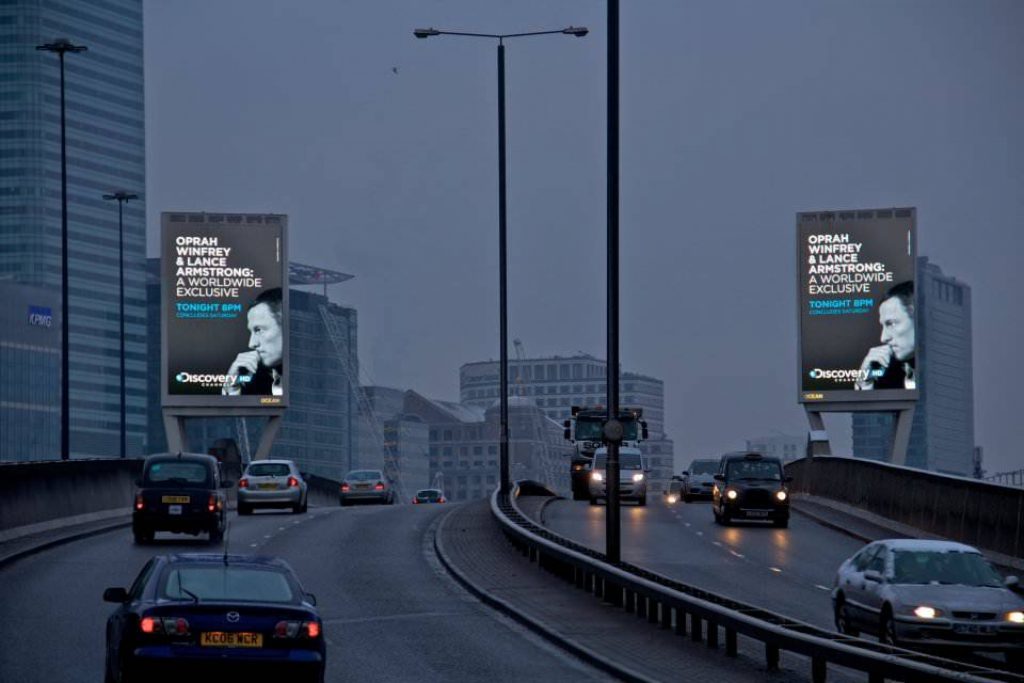 Digital Out of Home has once again been seen as a targeted, flexible and impressive medium, with a reactive campaign showcased on Ocean’s iconic Two Towers East and Two Towers West.

On Friday 18th January, The Discovery Channel played host to the most sought after interview of its type – Oprah Winfrey’s world exclusive with Lance Armstrong. As the cyclist’s former sponsor, this choice of channel was apt.

This interview was promoted between the hours of 2-8pm on Ocean’s iconic digital towers, ensuring that a high volume commuter audience passing through the Gateways to both the East and West from the Capital were informed of this one-off interview as they travelled home through the snow.

The worldwide exclusive pictures can be viewed here.

The visually impressive campaign has also been showcased on The 7 Stars website, the agency responsible for working with Ocean on this reactive DOOH campaign.