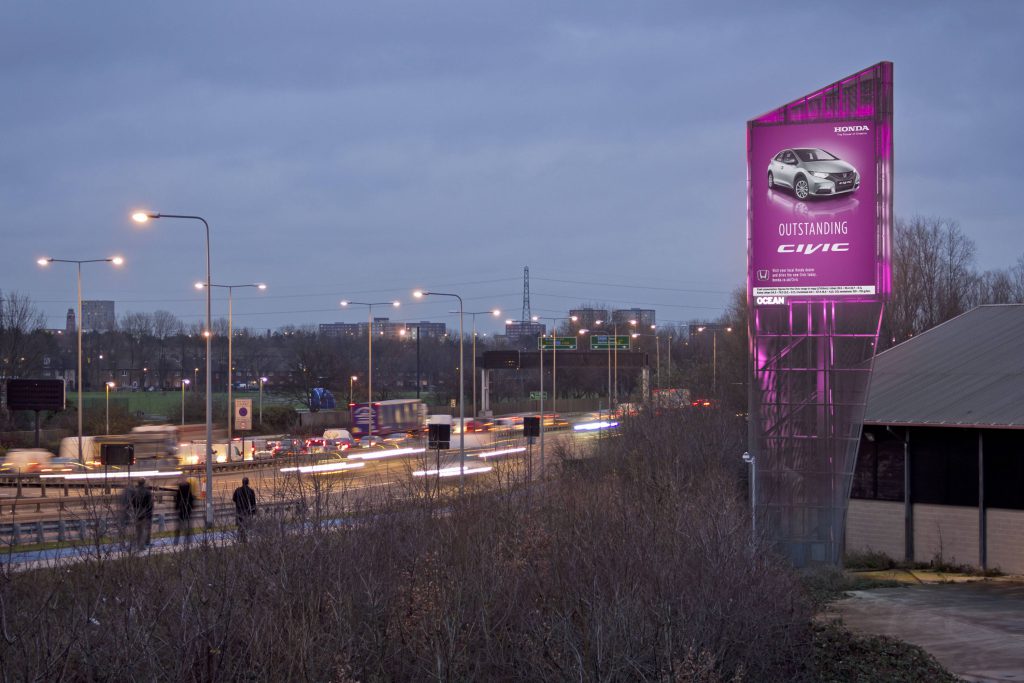 Using intelligent lighting technology developed by amBX UK, an interactive app analyses the creative as it is displayed and then amplifies the corresponding most dominant colours throughout the tower’s LED lighting system which surrounds the structure.

So if the creative is red at the top and blue at the bottom for example, the controller will set the colours to “shower” the structure with light in the corresponding colours.

The lighting effects management system can also be adapted to suit different times of day, adding a dash of colour or ambient mood, depending on whether it is sunrise, dusk or evening.

Ocean Outdoor Marketing Director Richard Malton said: “The introduction of intelligent lighting effects makes meaningful and real time interaction possible for the first time. This new capability adds real presence to any campaign and we firmly believe that the consumer’s experience with the advertising is enhanced.”

Launched in May 2012, the Eastern Motion is a unique digital billboard offering full motion capabilities in a roadside environment, one of a small handful in the UK. The site faces three lanes of traffic on the main arterial route out of the city of London, heading east on the A13. The tower’s prime location targets motorists on the wealth corridor to Essex and people travelling to both Stansted and London City Airports via this key connecting route.