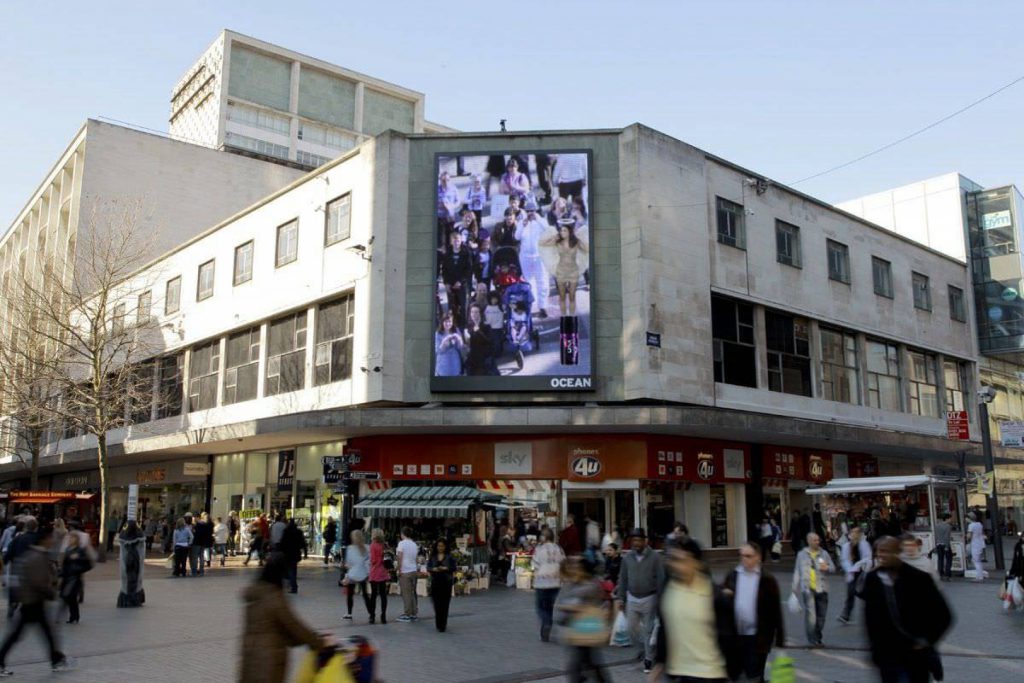 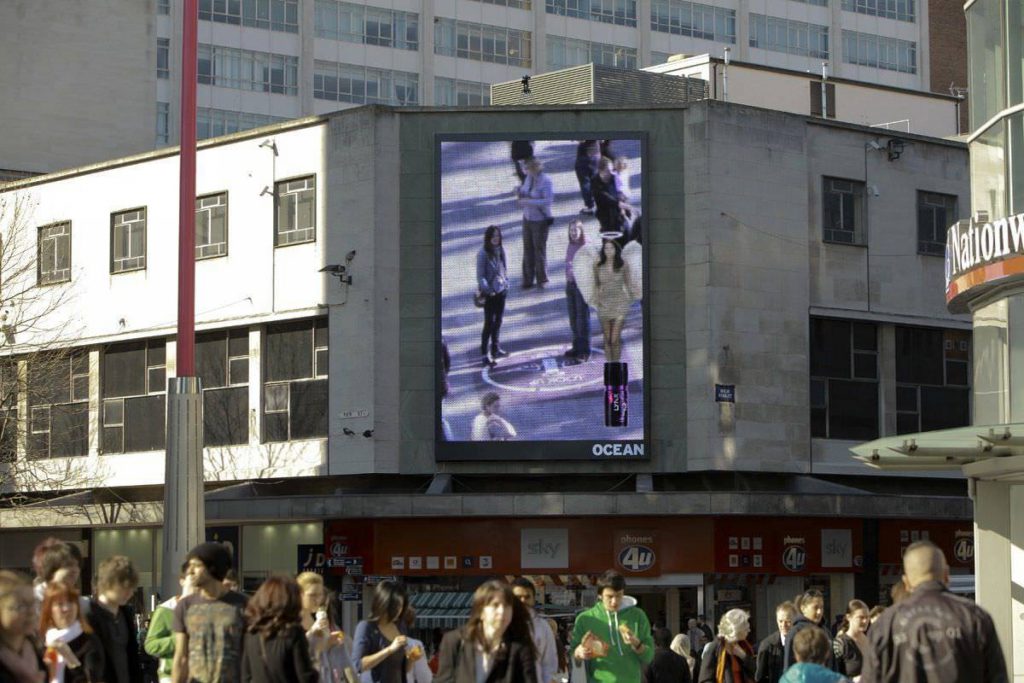 The innovative advert created by Mindshare Invention and produced by Grand Visual, part of Lynx Excite’s Even Angels will Fall campaign, features on the full motion New Street site, outside the Bull Ring shopping centre. It broke on March 19.

Ocean is using augmented reality technology to draw people right into the advert and onto the billboard where they experience what might happen if they are wearing the Lynx grooming product range.

A halo has been drawn on the pedestrian zone in front of the billboard, with a notice encouraging the public to stand in it. When they do, they will see themselves appear up on the screen. A virtual ‘angel’ then appears and interacts with them.

The theme of the Lynx campaign suggests that if you use Lynx Excite, then innocent women, even angels, will fall from the sky. The campaign also runs across TV, press and outdoor, including Ocean’s large scale media wall in Liverpool.

Ocean Outdoor CEO Tim Bleakley said: “This is the first ever augmented reality campaign in a large format digital environment and demonstrates how digital out of home is pushing the creative boundaries of outdoor advertising. We hope this will attract a lot of attention in what is a busy city hub and premium environment to reach and interact with shoppers.”