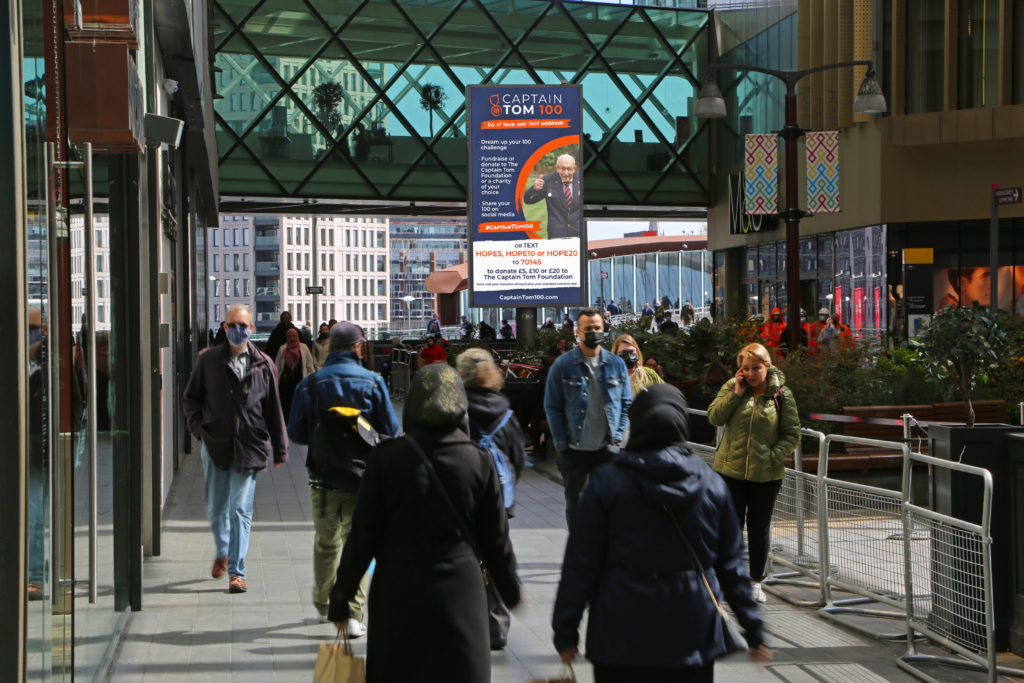 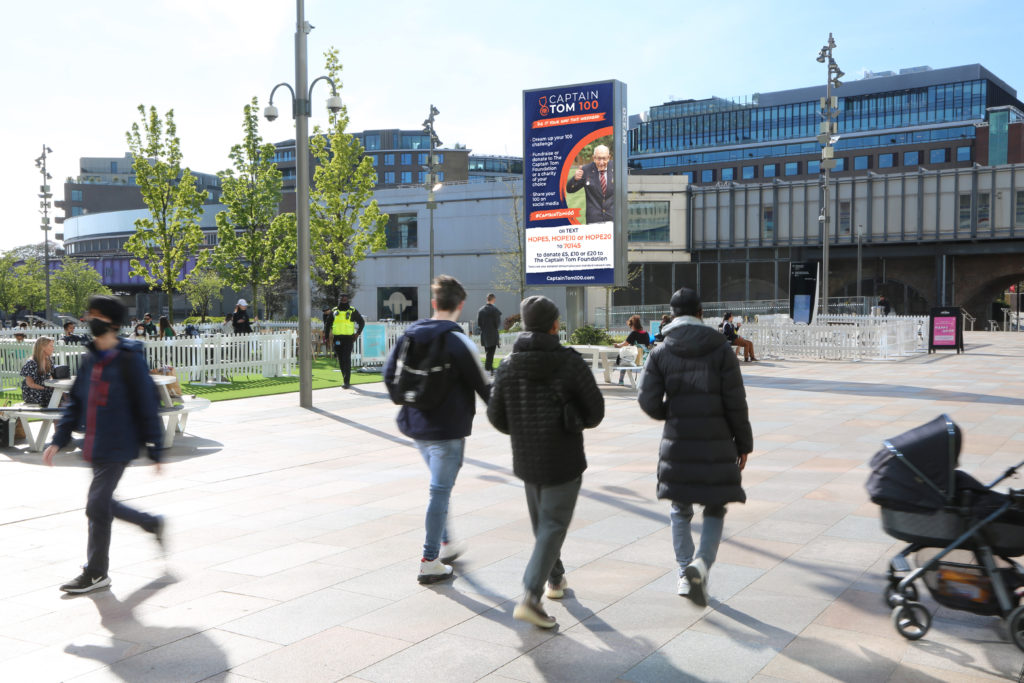 Ocean is supporting the Captain Tom 100 challenge launched by his family on Friday, April 30 to mark what would have been his 101st birthday.

The Captain Tom 100 invites people to set themselves a challenge based around the number 100 and complete it anytime, anywhere over the bank holiday weekend to raise funds for either The Captain Tom Foundation or a charity of their choice.

To help promote the #CaptainTom100 and his legacy, Ocean has donated out of home screen space in five cities including London, Birmingham, Nottingham, Manchester and Liverpool.

The four-day campaign invites people to take part and inspire each other by sharing their 100 on their social media channels.

People and celebrities have already pledged their support, doing everything from baking 100 cakes to playing 100 holes of golf or walking 100 laps, emulating Captain Sir Tom Moore who raised £32.8 million for the NHS last year by walking 100 lengths of his garden.

David Beckham who will be doing 100 keepy-uppies, Mary Berry will bake 100 cakes, Jess Ennis-Hill is about to complete 100 pogo jumps and Dame Judi Dench will be overindulging by eating 100 chocolates.

Captain Tom’s daughter Hannah Ingram-Moore said: “The support from around the world for the Captain Tom 100 has been incredible and we are so excited to see it get underway on what would have been my father’s 101st birthday. It’s the perfect way to celebrate his remarkable achievements and also ensure his message of hope lives on.”

Captain Tom’s simple message of hope – “Tomorrow will be a good day” – resonated with many during the pandemic, bringing light and comfort to millions.

It was broadcast on Landsec’s world-famous Piccadilly Lights in London as a celebration of his fundraising achievement and to mark his 100th birthday. When his death was announced on February 2 2021, a salute was also carried by the screen as a mark of respect to a national hero who kept our spirits up during the lockdowns.

Photographs of all these tributes were subsequently shared thousands of times by newspapers and TV stations worldwide, reaching 1.4 billion people.