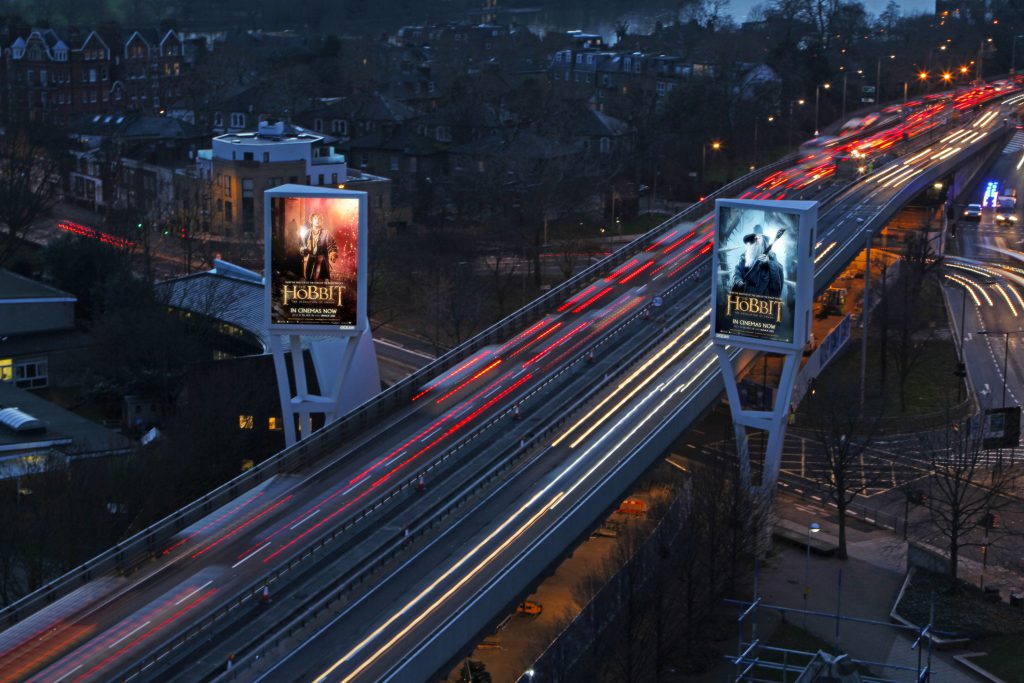 Ocean has won the right to use the words The Two Towers, the name of its two sets of advertising towers, after it was accused of trade mark infringement by a Hollywood rights company Saul Zaentz Company. Saul Zaentz Company has lost its quest to stop Ocean using the name, which it had claimed ownership of. The company owns the intellectual property rights to the JRR Tolkien epic fantasies, The Lord of the Rings and The Hobbit.Lawyers representing SZC claimed that Ocean Outdoor’s two sets of iconic digital outdoor advertising towers, which are called The Two Towers West and The Two Towers East, infringed its rights. The company claimed to have used Community trade marks in the UK and the EU, which had since acquired “a reputation and enhanced distinctiveness”. Tolkien’s two towers refer to the fictional middle earth towers of Minas Morgul and Orthanc, the black tower of Isengard. But SZC’s claims have failed following a ruling by the Trade Marks Registry. Ocean marketing director Richard Malton, a self confessed Tolkien fan, is somewhat bemused by the whole rigmarole.

“We took on Hollywood and we won,” he says. “We have never tried to pass off our two towers as either Orthanc or Minus Morgul – I’m not sure it would have helped us attract the type of brands that we look to engage with.

“We vigorously defended our right to use the Two Towers as a name for our iconic locations and luckily, common sense has prevailed. The irony wasn’t lost on us – the small being pushed around by the big. But as we all know, Frodo wins in the end!”

“Two Towers West and Two Towers East are appropriate names for the digital structures and have become well established in the advertising world, so we were astonished to receive a letter telling us to remove all reference to The Two Towers from our website and marketing materials,” says Malton.

Ocean now owns the trade mark to the Two Towers in the digital out of home advertising sector (but not in the fantasy fictional world of Middle Earth), and is claiming costs against SZC for the time and effort spent defending its action. An earlier Tolkienian dispute broke out in 2012 when the Southampton pub The Hobbit was ordered by SZC to stop using its name. A campaign to defend the pub’s name was launched on Facebook, supporting by Lord of the Rings stars Sir Ian McKellan and Stephen Fry. The pub was later told it could use the name under license, and staged a fund raiser to help pay for legal advice.

Says Malton: “It was, in every sense of the Tolkien name, a foolhardy quest.”

In a small twist of irony, December’s release of the second Hobbit movie was marked by a digital outdoor campaign. It ran on Ocean’s Two Towers.