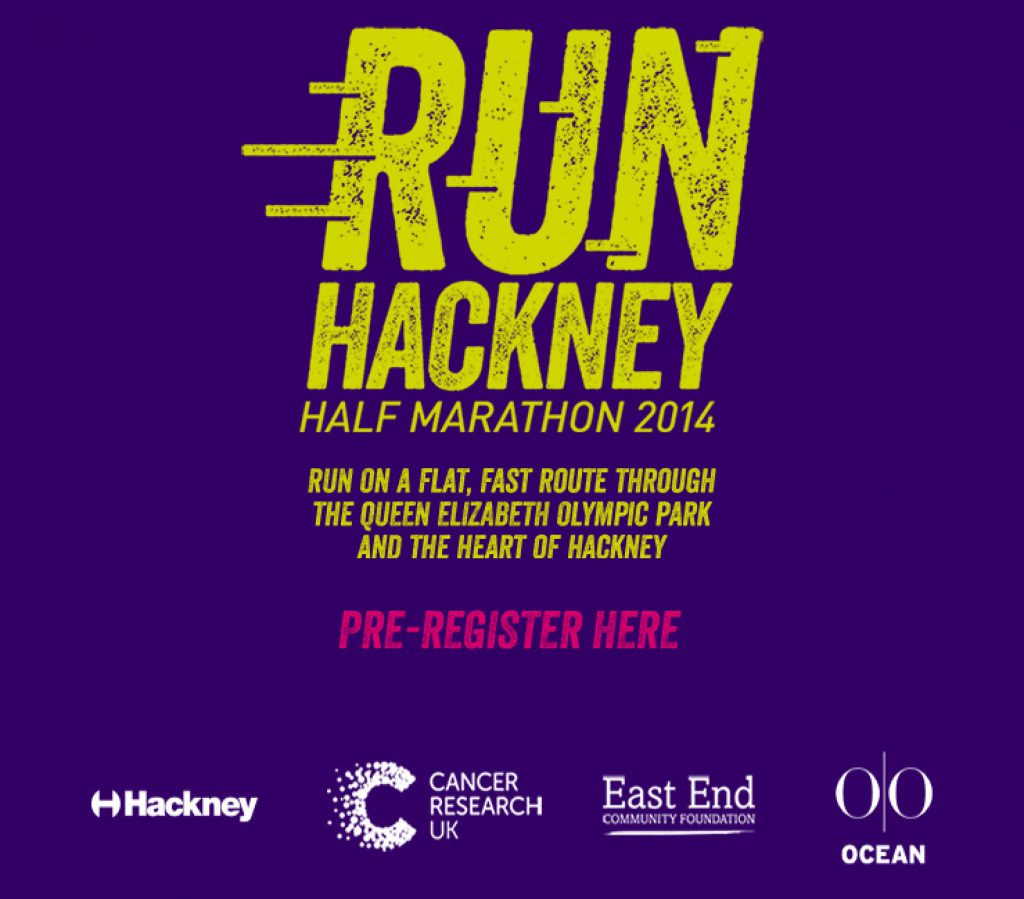 We are working with event organiser, GO2, and their marketing agency Captive Minds to recruit 15,000 runners into the fund-raising event which is central to Hackney Borough’s commitment to create a sustainable Olympics legacy.

Run Hackney is a closed-roads race through London’s greenest borough with a route that passes through Hackney Marshes, London Fields and Hackney Downs; as well as famous cultural landmarks such as the Hackney Empire, Broadway Market and Hackney Town Hall. The Olympics legacy will be manifest for runners and spectators alike when the race enters the Queen Elizabeth Olympic Park.

Ocean CEO Tim Bleakley says: “Our campaign will focus on raising awareness of the new half marathon in Hackney with London runners who are looking for an opportunity to take part and raise money for their chosen charities. Our premium activity will be supported by a wider online and PR programme to help drive registrations and donations.”

To pre register for the race visit http://runhackney.com/