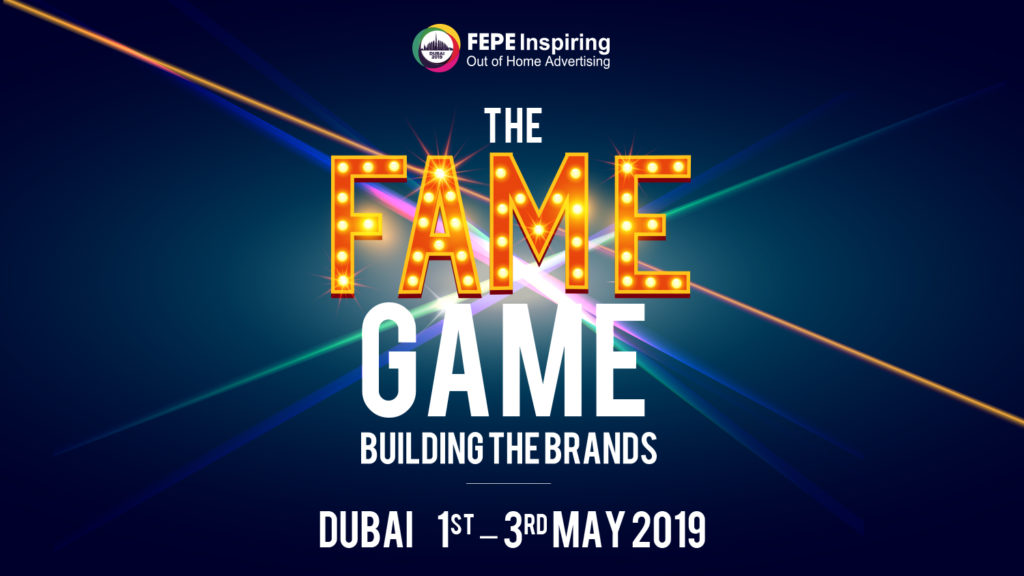 Tim Bleakley has been named the recipient of the FEPE International Leadership Award 2019.

Bleakley was recognised by the global out-of-home association for the successful re-listing of Ocean on the London Stock Exchange this January and for a series of acquisitions including Forrest Media in Scotland and Ngage Media and Interbest in the Netherlands.

FEPE International announced the 2019 winners at its Congress in Dubai on May 2 when President Tom Goddard also confirmed that the body will be renamed the World Out Of Home Organisation.

The interactive campaign triumphed after Congress delegates viewed presentations by three shortlisted entries and then voted for the winner.

Ocean’s DOOH screens encouraged audiences walking by to identify the most menacing danger lurking in the oceans, using their mobile phones which connected to the screens. It was originally created for Ocean’s annual digital creative competition.

Tim Bleakley said: “It’s been a year of hard yards at Ocean and we are just at the start of our journey as a listed company. I am honoured to have been recognised by my peers and I want to thank everyone I work with at Ocean, our investors, advisors, partners, clients, agencies, the specialists and brands for being part of the Ocean voyage.”

Ocean was named a finalist and runner-up in the digital award category for the Armistice Centenary campaign which appeared on the Landsec Piccadilly Lights. That campaign was created by Westminster City Council in collaboration with TMW Unlimited. It also picked up a Creativepool award this week.

The FEPE awards celebrate the best of out-of-home and the leaders making the industry the global force it is today.

FEPE international executive director John Ellery said: “We are fortunate in out-of-home to play host to many outstanding individuals and Tim Bleakley, Randy Otto and Victoria Hirst exemplify this in their different ways.

“Technical innovation is vital to the progress of the worldwide industry and all three of our finalists in this category show that the industry’s development is in capable hands.”