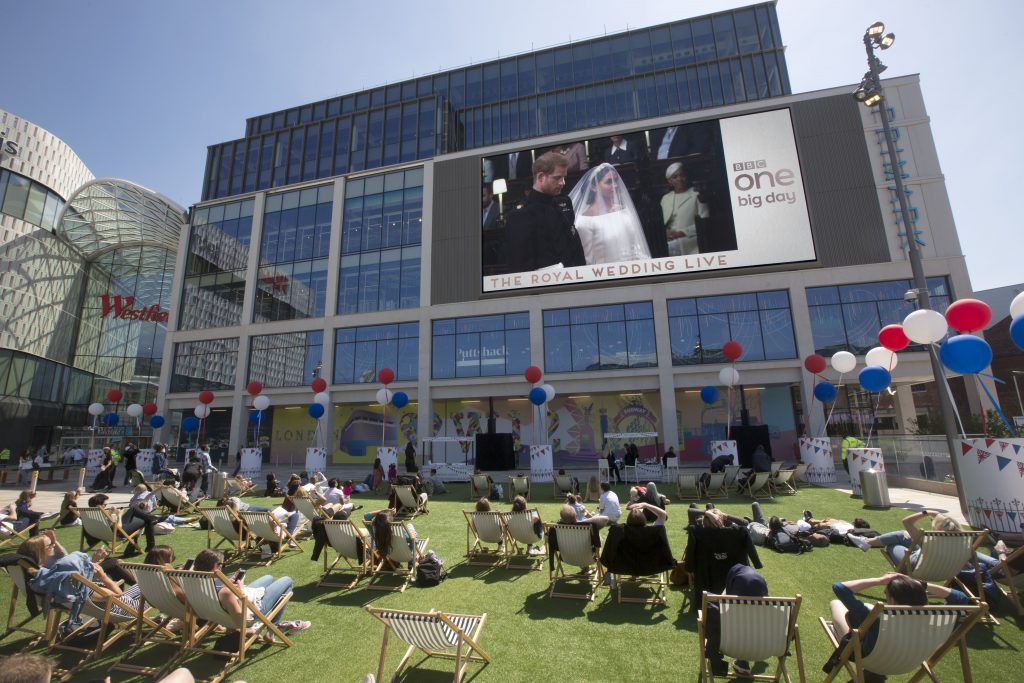 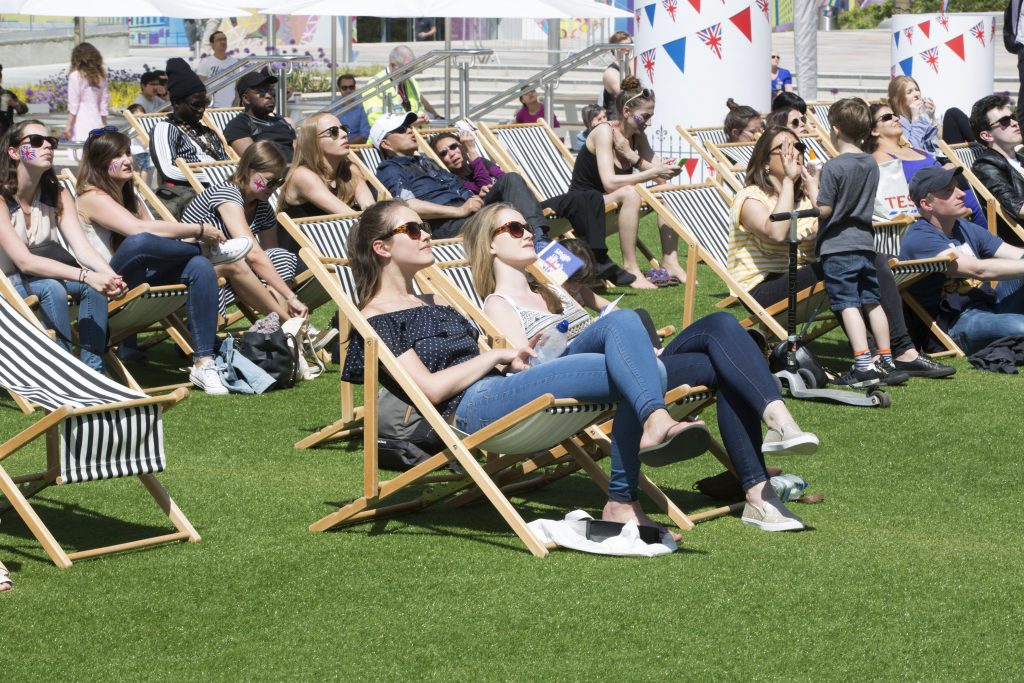 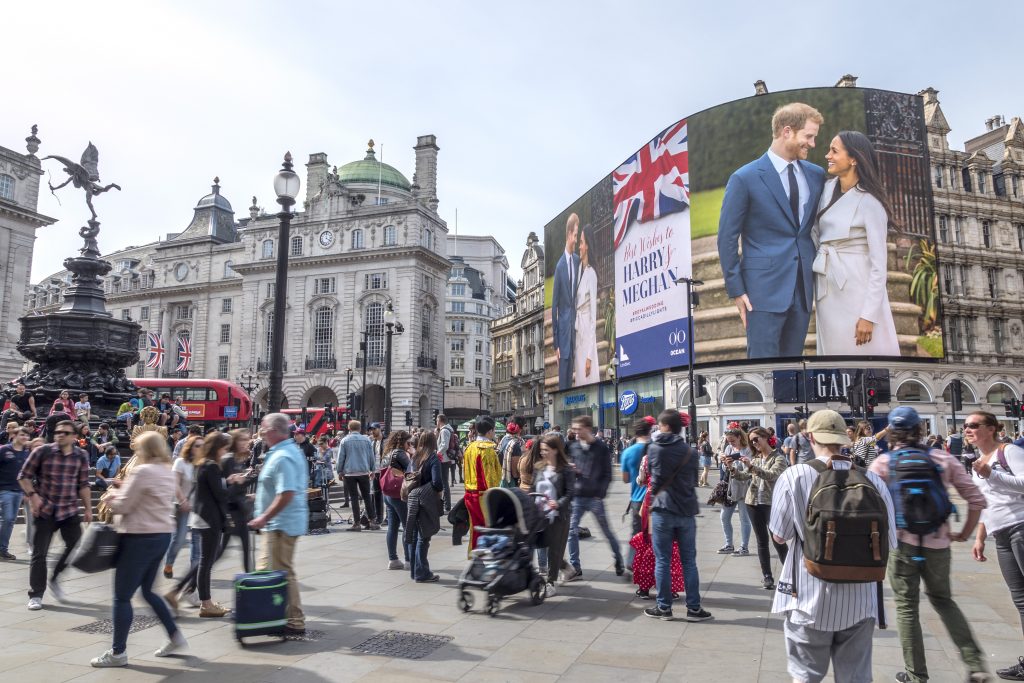 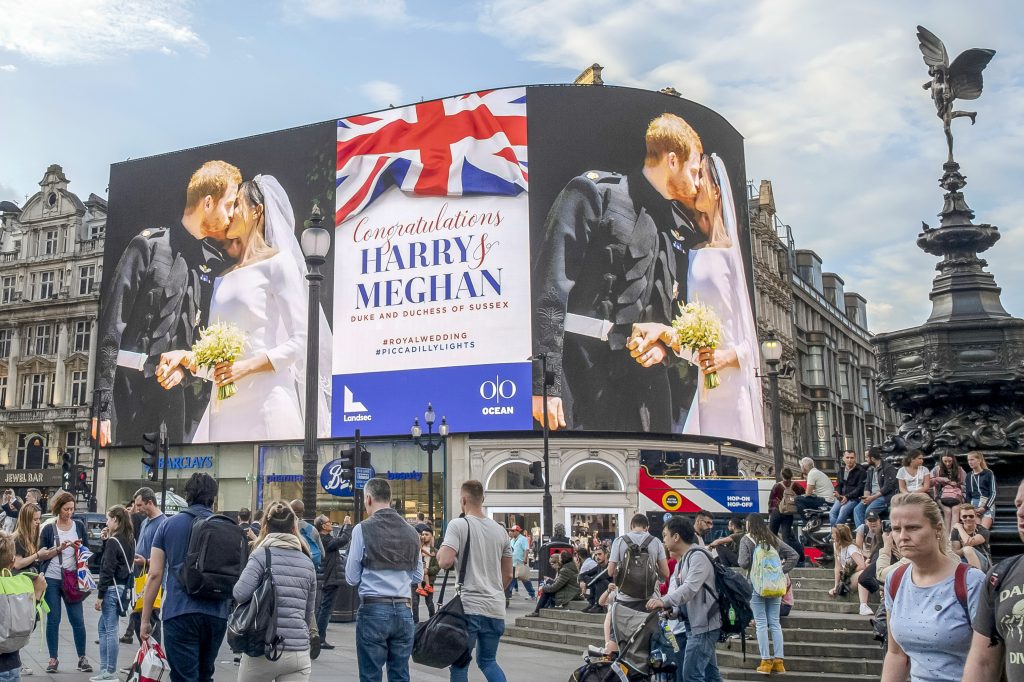 A live stream of the big day as it unfolds will be broadcast on London’s biggest full motion retail screen in Westfield Square. The screen measures 21.12m x 10.58m, making it as wide as the BFI London IMAX screen.

Live broadcast coverage provided by the BBC starts at 11:15am as wedding guests and members of the Royal Family arrive at St George’s Chapel, followed by the ceremony itself and then the lavish carriage procession along the 2.5 mile avenue Long Walk.

The digital out of home screen sits within the newly-opened Westfield Square, an outdoor events space at Westfield London. To mark the occasion, the Square will host a number of Westfield retailers celebrating in style with complimentary sampling and limited edition offers, with the audience seated in deckchairs.

An image from the highly anticipated wedding of His Royal Highness Prince Harry and Meghan Markle will also feature on the iconic Piccadilly Lights which are owned by Landsec.

A photograph of the newlyweds accompanied by a message of congratulations will be displayed on the large format curved screen for 40 seconds twice an hour from Saturday afternoon until Sunday evening.

This is the first time a Royal wedding has been celebrated on the London landmark.

The photograph of the Royal wedding was taken and provided by the Press Association.