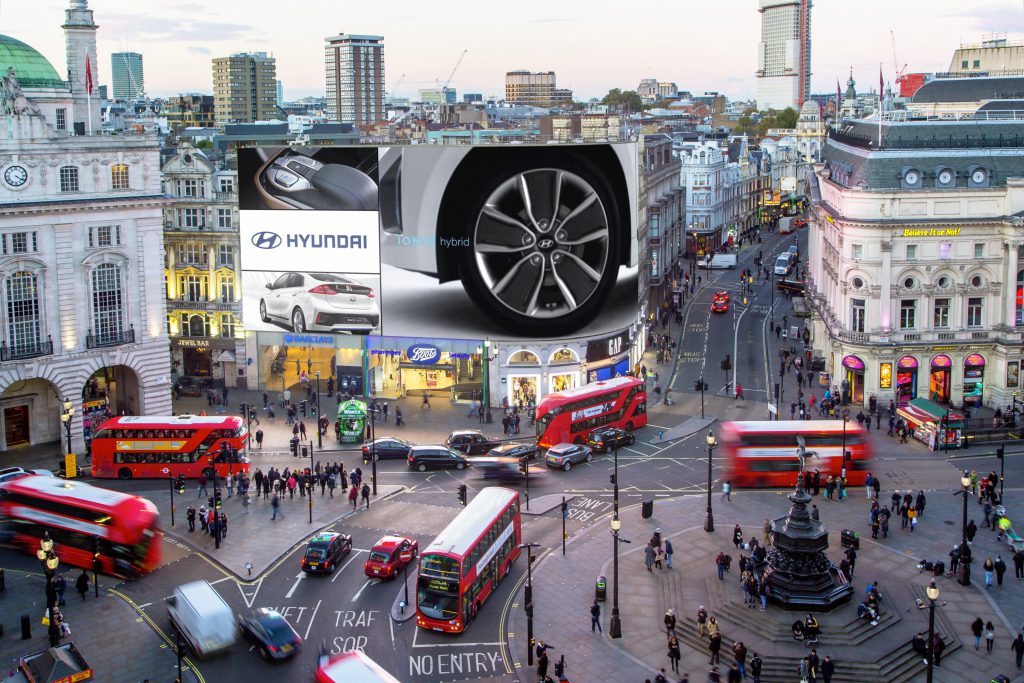 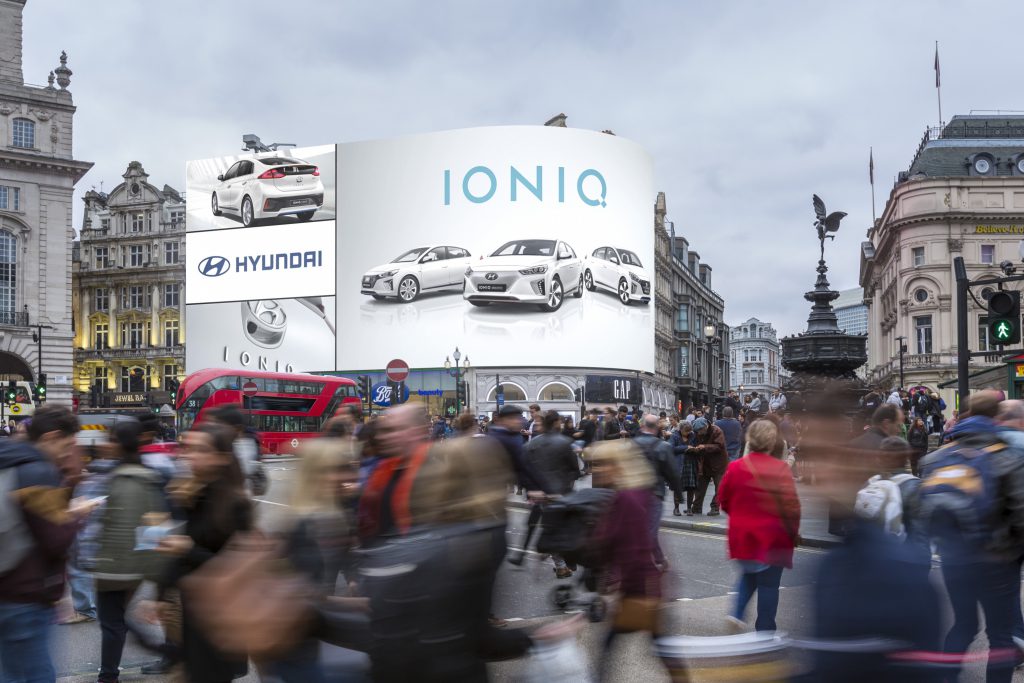 Hyundai has confirmed that it will continue to maintain its presence on the iconic Piccadilly Lights which are undergoing a milestone transformation.

Hyundai, which has advertised on Piccadilly Lights since 2011, says it intends to make full use of the new screen’s advanced technical and creative capabilities.

The new Lights will offer one single greater than 4k resolution display, fast speed Wi-Fi, audience and car recognition technology, and will be responsive to the environment (i.e. the weather, audiences, traffic), deploying a dedicated leased fibre line to enable for interactivity, moderated broadcast quality streaming, and various other feeds.

Vasiliki Arvaniti, Portfolio Manager at Land Securities said: “This is an exciting day for Piccadilly Lights. While we’ve briefly said goodbye to the Lights as we know them, we’re very pleased to announce that Hyundai will be joining Coca-Cola and Samsung on the exciting list of global brands set to call the new space home. Once switched back on in autumn 2017, the upgraded screen will be the most advanced advertising display on this scale anywhere in the world, a space where only imagination can limit what’s possible for brands like Hyundai.”

Tim Bleakley, CEO of Ocean Outdoor, appointed to operate the site, said: “With London now leading the world in digital and technological innovation, Piccadilly Lights will reflect this, aided by innovative global brands like Hyundai who will be raising the bar in digital out of home on one of the world’s most progressive platforms of its kind.”

Work commenced on an upgrade of the Lights in January when the screens were switched off for the first time since the Blitz.

The current patchwork of screens is being replaced with a single state-of-the-art LED digital screen and supporting live technology hub. The 4K 790 square metre screen, which will be the largest of its kind in Europe, will divide into six full and subtle motion segments, preserving the Lights’ famous patchwork appearance.

The New Piccadilly Lights are scheduled to relaunch in autumn 2017.  Whilst works are underway, a static, illuminated advertising banner has been installed for the duration of the works.