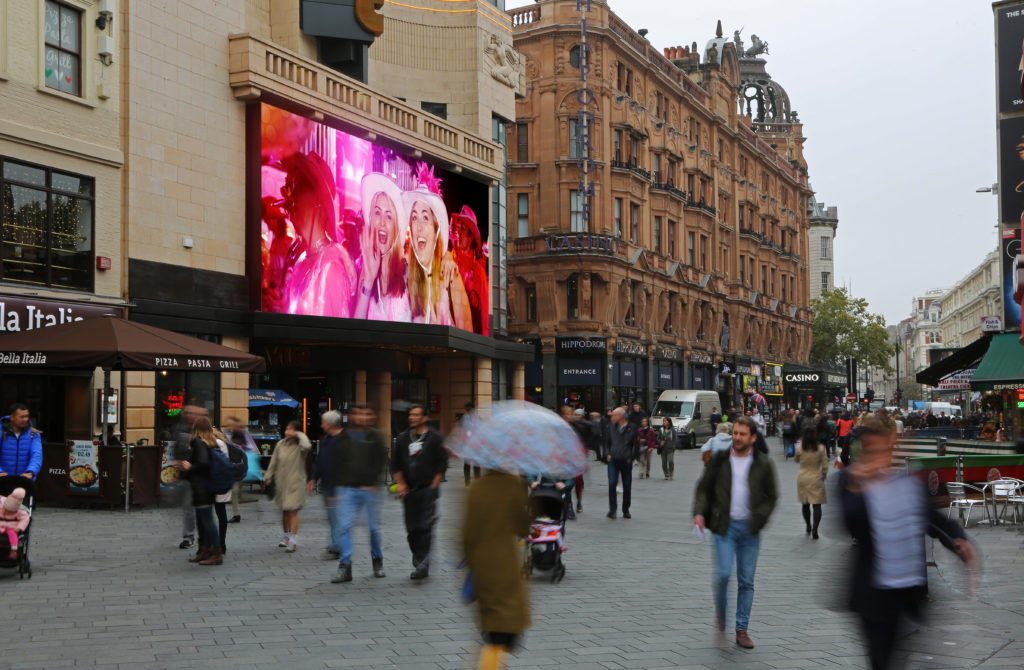 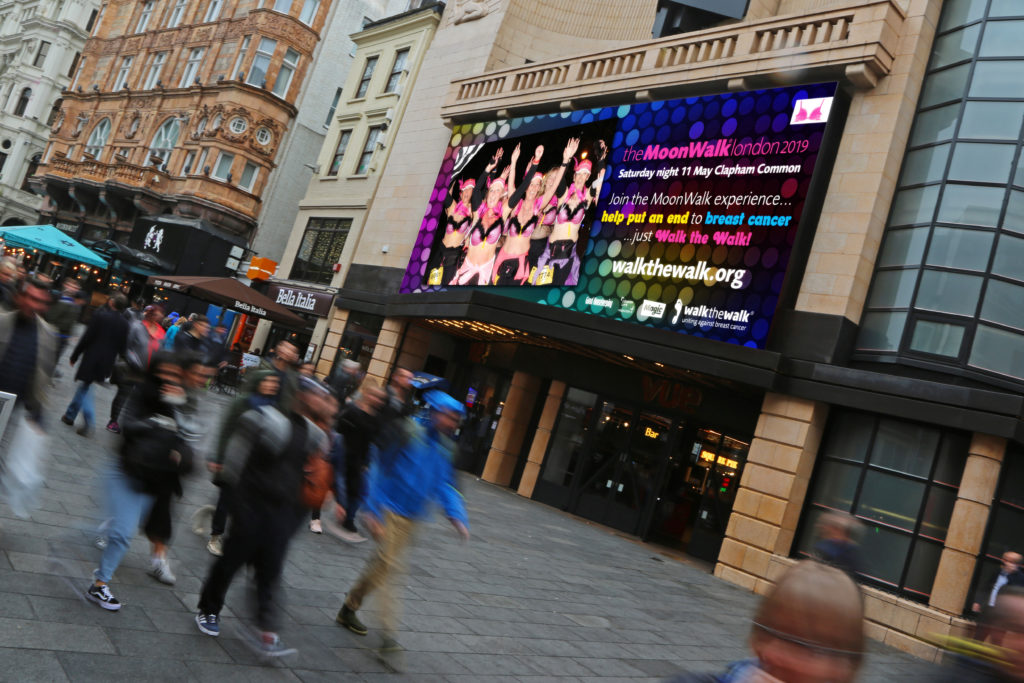 Westminster City Council and Ocean helped the charity Walk the Walk mark the launch of its 2019 famous MoonWalk London which raises money and awareness for breast cancer causes.

As part of a special event held at the Vue Entertainment complex in Leicester Square, London on Friday (October 26), the charity took over Ocean’s large format digital outdoor screen which is located above the entrance.

Organisers used the full motion capability of the out of home screen to showcase a film celebrating the energy and camaraderie of the many teams that take part in the famous event wearing their signature brightly decorated bras.

Vue Cinema helped make the screen moment possible by giving up its own space on the normal advertising loop to make way for the charity spot.

Since its inception in 1996 when just 13 women power walked the New York marathon in their bras, Walk The Walk has raised more than £127 million for breast cancer causes in the UK and the USA.

Thousands of people take part in the annual event which sees them walking either a full or half marathon through the night. The next London event starts from Clapham Common on the evening of May 11 2019.

Other challenges are also held in Spain, Dublin, Scotland and even the Arctic!