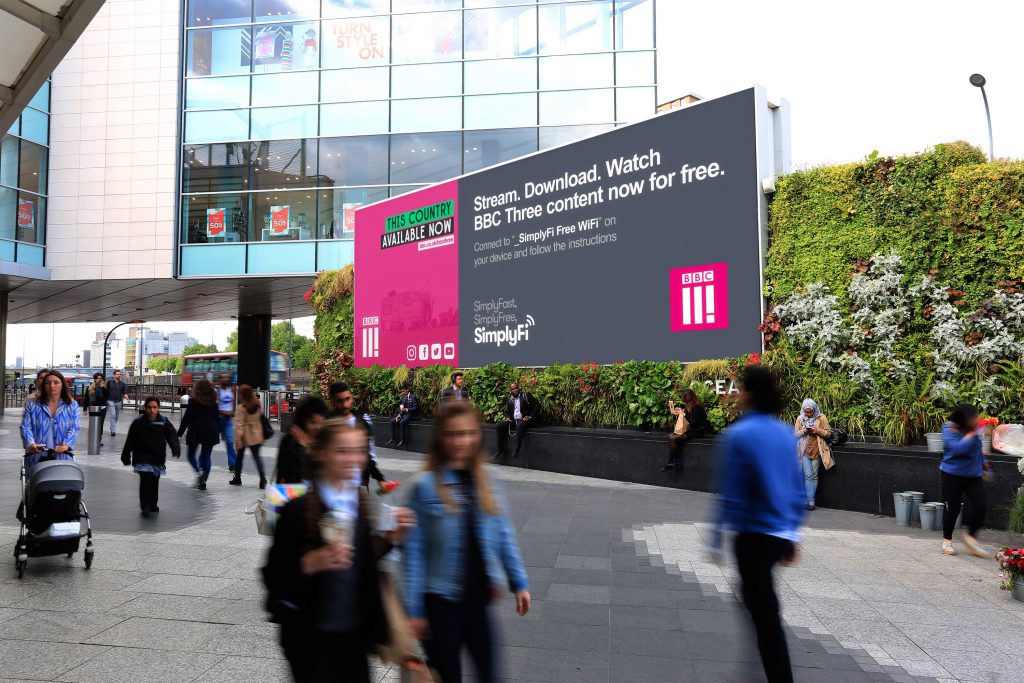 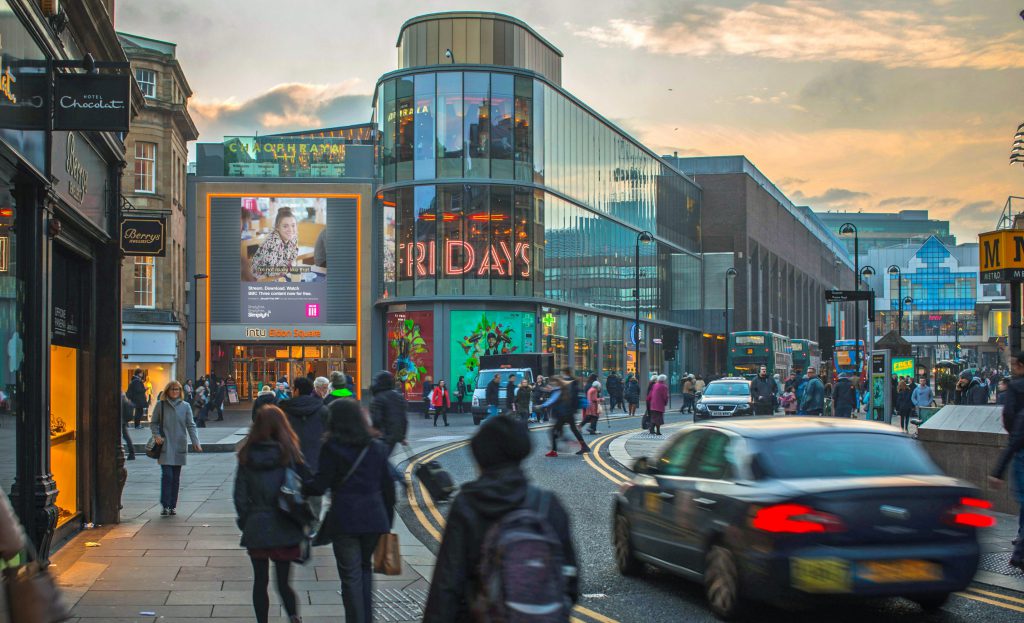 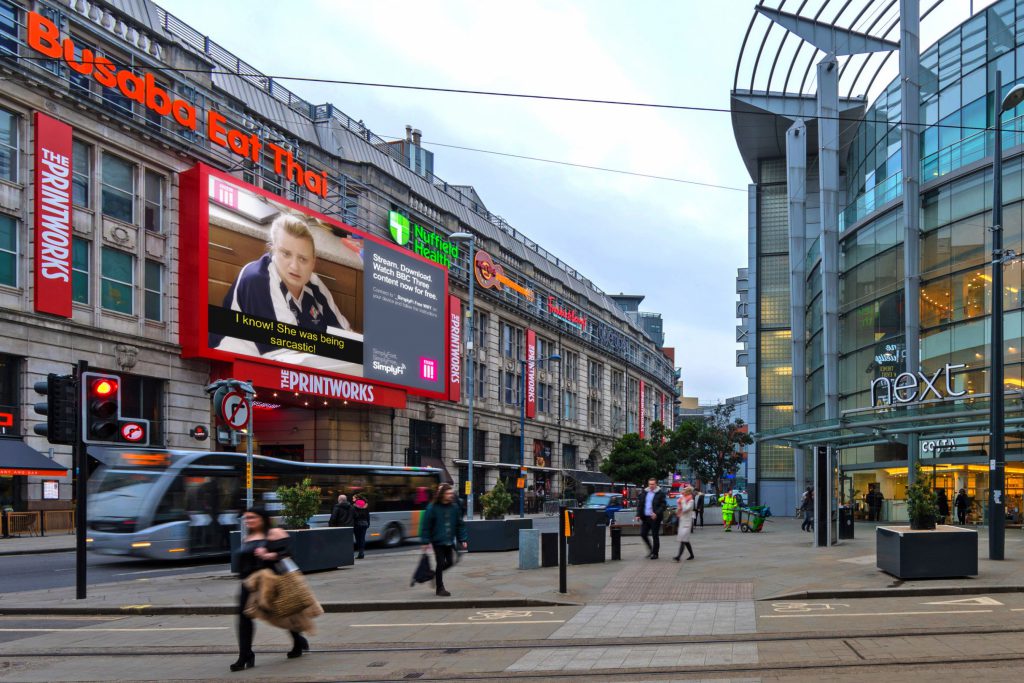 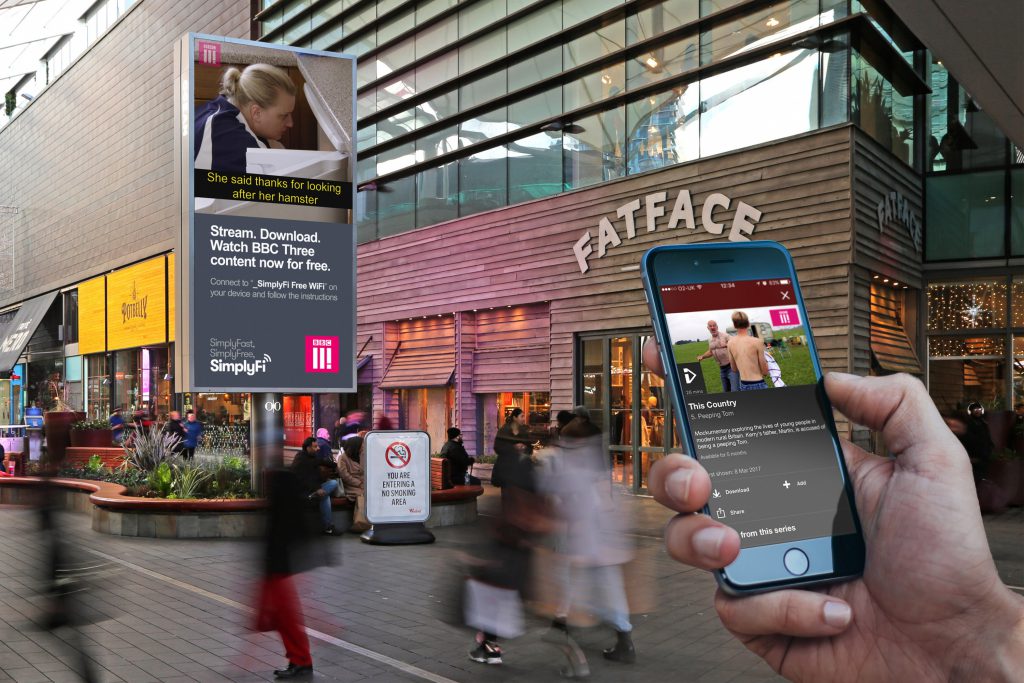 Digital Out of Home media owner Ocean Outdoor and BBC Three have signed a deal which will see content from the TV channel made accessible via Ocean’s premium city centre WiFi enabled screens.

The partnership gives BBC Three access to 13 to 24-year-old adults and Black, Asian and Minority Ethnic (BAME) audiences who register as light TV viewers but spend a considerable amount of time out of home and on their mobile devices.

It launched on March 13 with original content connected to views and downloads for comedy series #HoodDocumentary and new drama series Clique.

Ocean head of commercial partnerships Kevin Henry said: “Light TV viewers will be able to access exclusive content via our free wifi enabled screens which they can either watch for free or download via the BBC iPlayer. In return, Ocean receives access to innovative original content from the online TV channel and its social networks.”