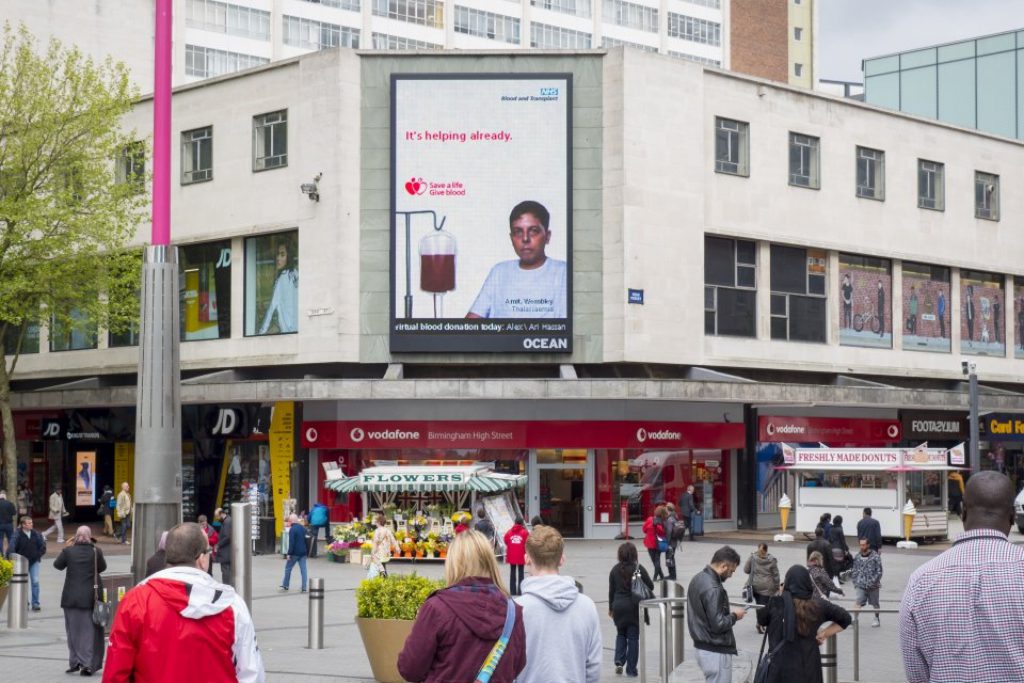 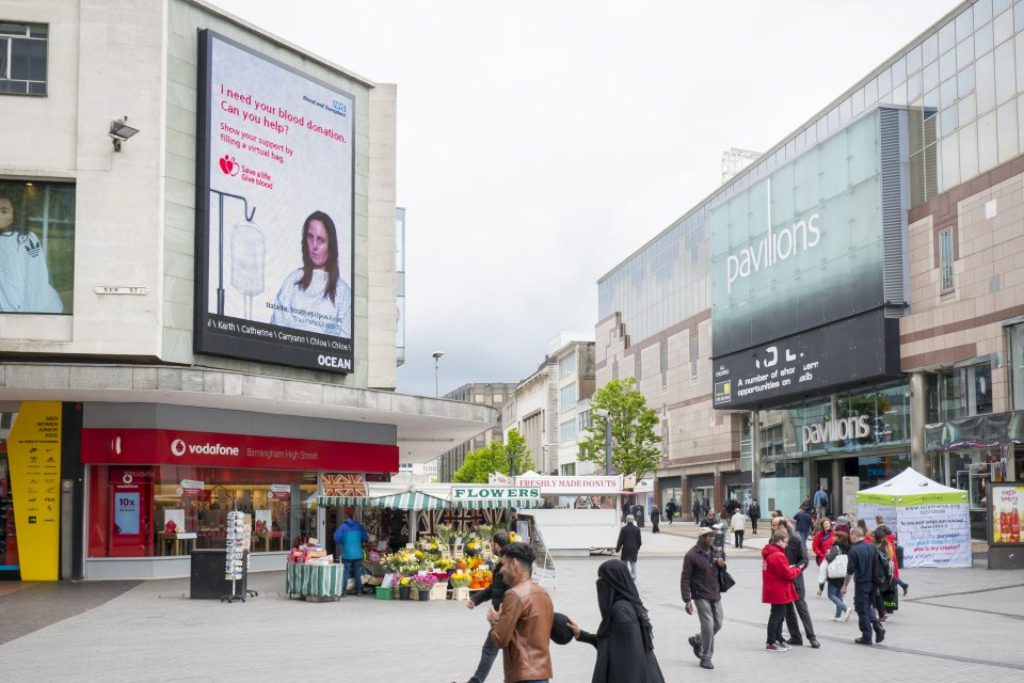 In the UK, it is a constant challenge to recruit the right number and mix of donors across blood groups, ages and ethnic communities. Following this, NHS Blood and Transplant launched a new digital out of home campaign to highlight the life-saving power of blood donation.

The campaign featured a brand new piece of technology, an augmented reality app, which linked to a large format full motion digital screen at The Screen@New Street and Eat Street@Westfield London. On the screen was the image of an empty blood bag and an ill patient, one of 3 real life recipients filmed for use in this powerful campaign. Using visual recognition, a sticker applied to a participant’s arm triggered a plaster, needle and tube overlay on the individual’s mobile phone screen.

Each participant then watched as the ‘blood’ flowed down the tube from their arm and up on to the screen in front of them. The virtual donor could then watch as the sick patient on the screen grew visibly better as a result of their action – a powerful demonstration of how they had helped and a personal insight into the reward and satisfaction frequent donors feel.

The two digital OOH locations in Birmingham New Street and Westfield London were selected to meet the objective of reaching younger people and the BAME population. The activity was amplified across owned and paid for social channels for 3 weeks from launch.

The interactive experience stimulated not only knowledge and awareness, but elicited a real life experience that delivers emotional engagement, and consequently enhanced impact for the campaign.

*Figures are week on week comparisons