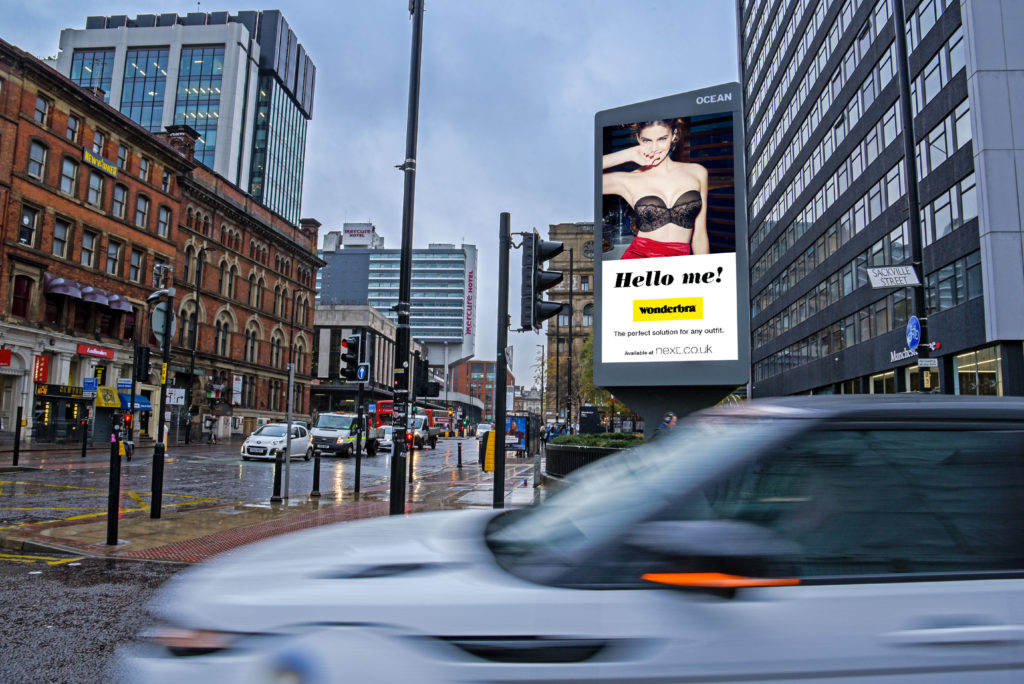 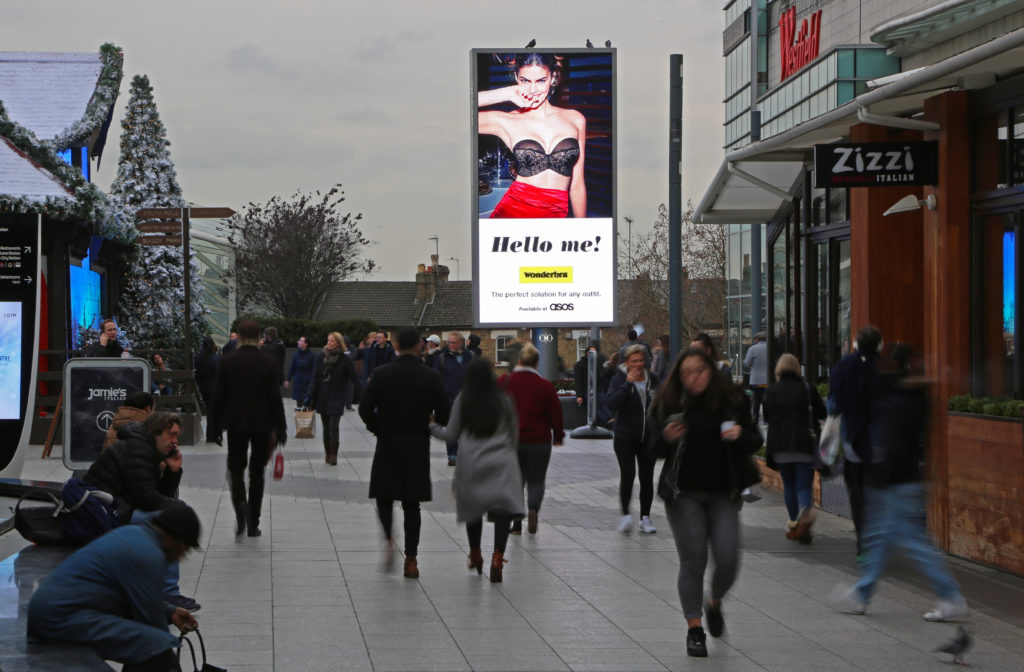 Twenty-four years after its famous “Hello Boys.” billboard captured the world’s attention, Wonderbra returns to spectacular out-of-home with a modern twist on its original iconic campaign.

Exclusive to Ocean’s premium out-of-home locations across five cities, “Hello Me!” breaks across more than 10 screens in Manchester, Birmingham, Glasgow and London for two weeks from Monday, December 3.

Photographed by Fred Meylan and featuring the Brazilian model Kamila Hansen, the campaign was artworked for Wonderbra by Lucky Elephant.

Planning is through Concord (London) Ltd and includes Ocean screens at Westfield London and Westfield Stratford.

The campaign coincides with the pre-Christmas and New Year gifting and party season, reflecting the chic glamour of the brand’s best-selling style and UK’s #1 strapless branded bra: The Ultimate Strapless*. Each advertisement is tagged to online or lingerie retailers close to the screens’ locations.

Olivia Capalléra, senior product manager Wonderbra, said: “The campaign is aimed to celebrate an era of empowered women; women who decide by themselves and for themselves, women who derive their sexuality from inner confidence. Women who want to feel sexy for themselves, when they want to.”

Heather Nogueira, Hanesbrands UK business manager marketing, said: “This campaign comes at a crucial time when society is questioning the validity and authenticity of advertising that portray women in a deprecating manner, especially in the lingerie industry.  We believe that the old cliché of women looking sexy to cater to someone else’s gaze has been replaced with women wanting to feel sexy on their own terms.

“This campaign is our way of empowering women to express their individuality with confidence in themselves and in their style. We learnt a lot from Hello Boys, but it is now time for Wonderbra to embrace the new dispensation of female self-empowerment”.

PR is through Sane Communications and social media through Thumbstoppers.

Wonderbra, the third largest bra brand in the UK*, is owned by the US lingerie company HanesBrands, Inc., and is available at Asos, Next.co.uk, FigLeaves, Debenhams and other selected retailers.