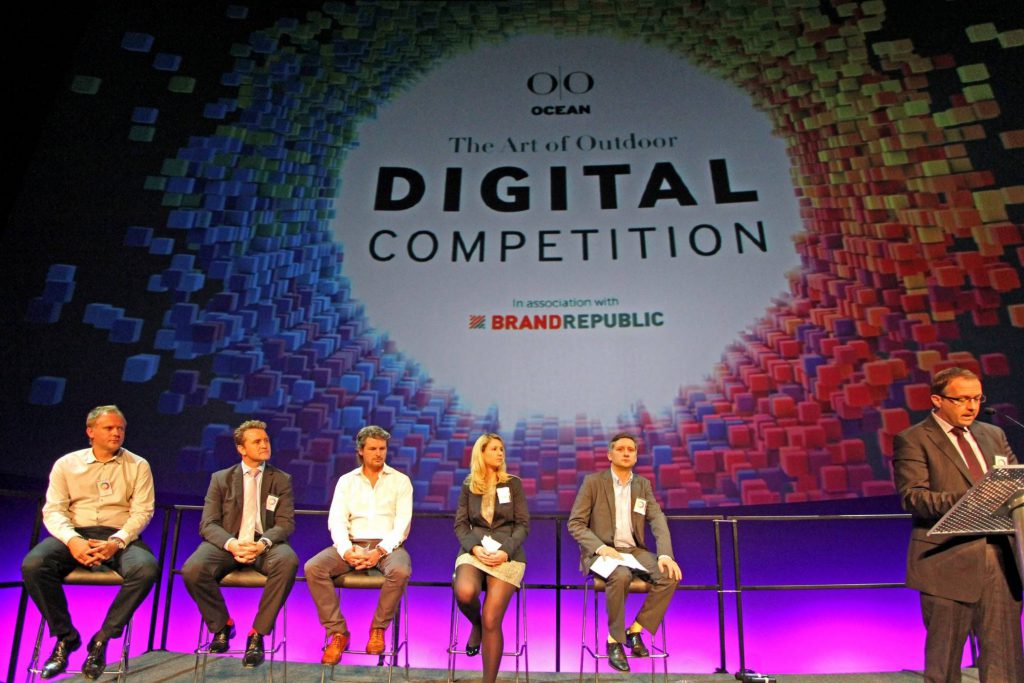 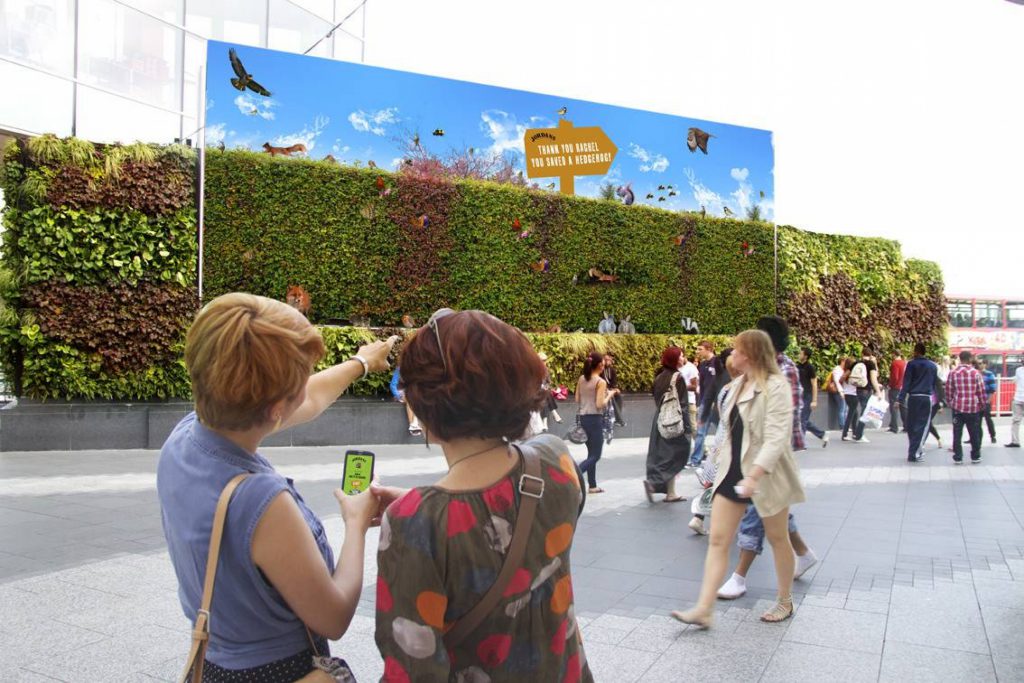 Ocean Outdoor has announced the winners of its annual The Art of Outdoor competition which celebrates pioneering agencies and brands that are pushing the creative boundaries of the digital out of home landscape.

Cereal brand Jordans was voted overall winner for Hedgerow Home, an augmented reality wildlife game which aligns Jordans with ethical farming and the protection of the British countryside.

Second place is awarded to last year’s competition winner, British Airways, for They Will Fly, an Olympics themed campaign which invites audiences to train in real time with a British Olympian.

Third place goes to The MicroLoan Foundation for Pennies for Life, an interactive appeal to raise small business loans so that poor women in Africa can set up sustainable enterprises to support their families.

The winners were announced by Ocean Outdoor CEO Tim Bleakley at an awards event at London’s IMAX, location of the largest iconic outdoor banner opportunity in the UK.

Tim Bleakley said: “This year’s competition has generated exceptional concepts which will help drive digital out of home as the essential ‘must have’ medium of 2012. We have seen some impressive adaptations of traditional campaigns which aim to engage consumers in rewarding game play with high returns.

“Our top three winners showcase the immediacy and versatility of high profile digital outdoor installations as a powerful medium with big audiences. They offer a snapshot of what’s possible and the potential for advertisers and agencies who are prepared to think well beyond the static image.”

Rich Sutcliffe, editor of Brand Republic which partnered with Ocean for The Art of Outdoor competiton, said: “What was remarkable about the entries this year was the creative thought and the scale of the ideas that were produced. The winners really utilised the unique nature of the platform, as well as bringing audience participation, social interaction, mobile and additional technology into the campaigns to put DOOH at the heart of an idea that was amplified far beyond the position of the site.”

The top three winners share a £300,000 advertising campaign pot for their brand on Ocean Outdoor’s prestigious digital network in 2012.

Grey developed an interactive hedgerow as a “clever extension” of the existing Eat Street hedgerow at London’s Westfield shopping centre, using augmented reality to encourage shoppers to use their smart phones and an application to capture and set free animals on the digital billboard.

Virtual wildlife including hares and hedgehogs, birds and butterflies are placed around Westfield. The public is invited to give them a better home by releasing them into the hedgerow. The more animals they relocate, the more rewards they collect to purchase Jordans products at Westfield stores.

The judges said Grey London had used “good engagement” to help children understand what hedgerows were about and consumers make the clear association between Jordans, its commitment to the British countryside and the positive impact it has on hedgerows and wildlife. The entry was praised for its “low interaction and high rewards”.

The theme of BEING’s entry is They Will Fly and supports British Airway’s status as official airline partner of the London 2012 Olympic and Paralympic Games. The idea is that an Ocean digital screen such as Eat Street becomes your Olympic trainer. Shoppers are invited to stand in front of the screen and use motor sensor technology to compete in their very own Olympic sporting event, be it the sprint, javelin, discus or cycling. Best times and distances are recorded on the screen’s leader board and the winner in each discipline gets the chance to train live with a British Olympian. Wherever the featured athlete is in the world, they are linked live to the screen to chat with the winners, train and compete against them in real time.

Judges praised the entry as “a cracking idea. Game playing is a real winner and this has got some real, campaignable elements to it.”

The MicroLoan Foundation is a London based charity that provides small business loans to some of the poorest women in Africa so they can set up their own sustainable businesses to support  their families. Pennies For Life uses the Eat Street screen to create a giant, interactive picture of an African woman made up of pennies. Shoppers are invited to complete the picture by texting the word “change” and their name for the cost of a £1 donation. The donor’s name then appears on the giant poster with a thank you message. The donation triggers a hand full of pennies which appear on the screen and drop into the uncompleted image. The more people text, the faster the picture builds. Each completed portrait is sent to  a virtual gallery on the charity’s website. Text messages tell donors where they can find their picture, complete with their credit as a named “artist”.

The judges praised this entry  as “the strongest in terms of the video and creative submission”, and said that the concept “would make you want to do it to make the largest possible difference to women and their families in Africa.”

All winning and shortlisted entries can be viewed at www.artofoutdoor.com